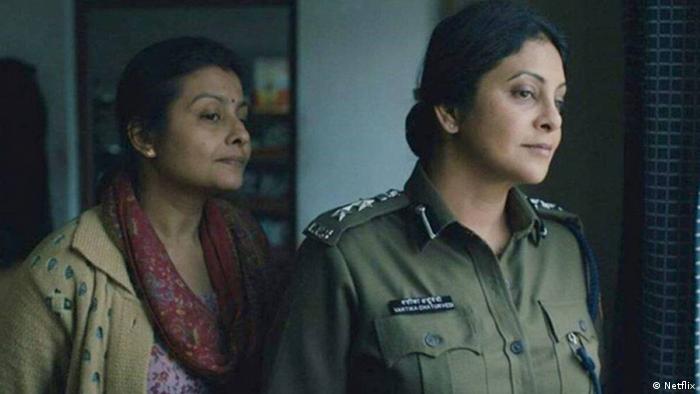 The series "Delhi Crime" is based on a true story

Netflix and Amazon Prime are investing hundreds of millions of dollars in India, driving an unprecedented entertainment boom in the country. By backing more subversive and taboo-breaking shows — which address sexual violence, caste inequalities and political corruption — these online giants are also fostering a new generation of Indian storytellers who are giving their country — and streaming audiences worldwide — a new view of themselves.

Netflix's Sacred Games, which kicked off the Indian streaming boom three years ago, is a thriller — adapted from Vikram Chandra's 2006 novel — which mixes "24"-style beat-the-clock action with topical satire on police corruption and caste inequalities. A subplot involving a theatrical agent who farms out Bollywood actresses for sex could have been taken directly from several real-life prostitution scandals.

Delhi Crime, another Netflix show, goes further, crafting its script using the actual police files of the investigation of the notorious 2012 gang rape and murder that led to the reform of India's sexual assault laws. Starring Shefali Shah, of Monsoon Wedding fame, Delhi Crime in November became the first Indian series to win best drama at the International Emmy awards. 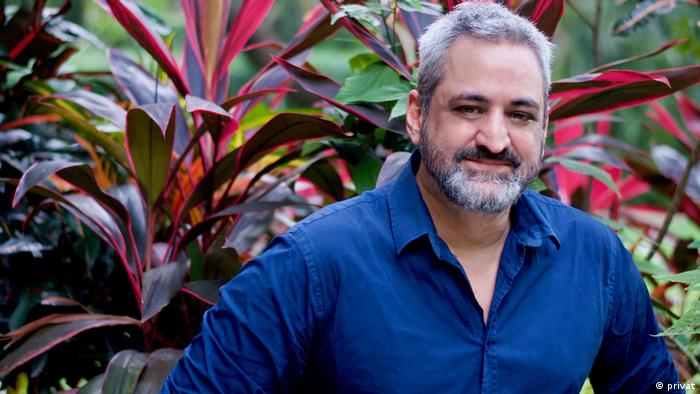 Long-form immersive storytelling like this was almost unknown in India before the streaming boom. Indian TV focused mainly on soaps and long-running serials with mainstream, family-friendly appeal. Similarly, the bulk of Bollywoodmovies studiously avoid controversy, focusing instead on big dance numbers with a guaranteed happy end.

A more critical and nuanced view of Indian society has come from independent cinema —from the neo-realism of Satyajit Ray's films of the 1950s and 60s to recent works by the likes of Ritesh Batra (The Lunchbox) and Anurag Kashyap (Gangs of Wasseypur). But before Netflix and co., these indie directors never had the money to make big shows or the opportunity provided by global streamers to have their work seen by millions worldwide.

The Indian streaming boom comes at a time when Bollywood itself is shifting. In the past three to four years, notes Indian-Canadian filmmaker Dylan Mohan Gray, "the movies have become shorter, there tends to be fewer songs, there are more musical montages." Gray, who directed the popular Netflix docuseries Bad Boy Billionaires: India — an investigation into India's most infamous tycoons — believes one this online shift to more provocative material is in part due to this "changing in the cinematic landscape." 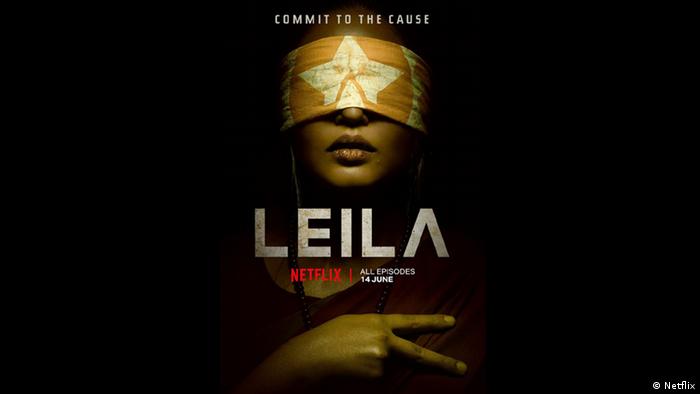 Just two years ago, many of Indian's most acclaimed actors and actresses wouldn't have signed up for a film or series made just for a streaming site. "Now they're willing to do it because the prestige related to it and the viewership has changed a lot," notes Gray, who says there is an "arms race" underway between international and domestic platforms competing for Indian viewers.

Indian streaming sites, backed by big local content providers and corporate financing, are facing major competition from the likes of Netflix, Amazon Prime and Hotstar, a streaming service owned by Disney. The global platforms see huge opportunity in the Indian market and, to attract Indian viewers, are pouring cash into local content.

In 2019-20, Netflix invested around 30 billion rupees ($410 million) to produce and license Indian content, including provocative series like Delhi Crime and Leila, but also mainstream, broad-appeal shows like animated kids series Mighty Little Bheem and the satisfyingly trashy reality series Fabulous Lives of Bollywood Wives. In addition to shows in Hindi and English, Amazon and Netflix are also creating original content in regional languages including Tamil, Telugu and Malayalam.

The COVID-19 crisis, which has shut down Indian cinemas, has also made streaming more attractive for viewers and film producers alike. Increasingly, producers are experimenting with online-only releases.

But increased popularity has brought increased attention, not all of it welcome.

Deepa Mehta, the Indian-Canadian filmmaker behind the acclaimed Elements trilogy, directed episodes of Netflix's Leila, a Handmaid's Tale-style dystopian drama based on Prayaag Akbar's critically acclaimed novel. Leila begins in 2047, a century after India's independence, the show imagines a country transformed into a militarized Hindu state called "Aryavarta,” where caste and religious communities are strictly segregated and anyone marrying outside their group is severely punished. 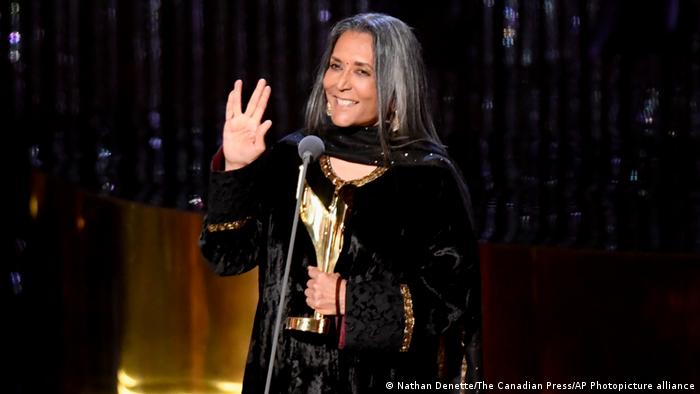 It's an obvious reference to the Hindu nationalist politics of Indian Prime Minister Narendra Modi and his Bharatiya Janata Party. The show has come under attack online, with Twitter alight with those accusing the show of "Hinduphobia."

There's also been an online backlash against other boundary-pushing series, like Amazon's Paatal Lok, which shows police brutality, rape and attacks on Muslims, or Rasbhari, also from Amazon, which features Bollywood star and outspoken government critic Swara Bhaskar, and which highlights issues of sexual repression and double standards for Indian men and women. In what looks like a coordinated campaign, online reviewers on film website IMDb targeted Rasbhari, driving down its rating to 2.8 out of 10.

Until now, the streamers in India have had free reign, unconstrained by the censorship and regulation that governs Bollywood (where nudity and explicit sex are forbidden) and traditional Indian TV. It's helped that, because mobile data is comparatively cheap in India, most locals access Netflix and Amazon on their personal mobile devices, notes documentary filmmaker Dylan Gray. 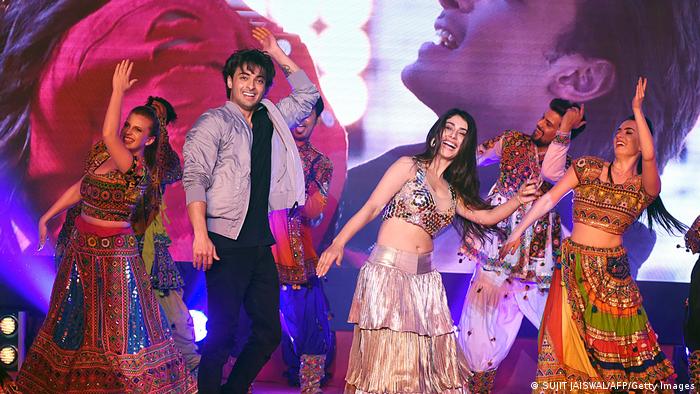 Song and dance numbers are big in traditional Bollywood films

But that could soon change. On November 11, the Indian government announced that all digital platforms would come under the jurisdiction of the information and broadcasting ministry, which regulates TV and other media. It's unclear what this will mean in practice, but many are already warning it could mark the beginning of the end of India's new progressive breed of must-see TV.

Protests have erupted in New Delhi over the death of a low-caste teenager allegedly raped by four upper-caste men. Every 15 minutes, someone is raped in India on average, according to recent government data.

The Indian movie legend and his actor son, Abhishek, are in a stable condition after being admitted to hospital. The younger Bachchan's wife Aishwarya and their 8-year-old daughter have also tested positive.