Arrest of Bollywood star sparks outcry over media sensationalism, misogyny | Asia| An in-depth look at news from across the continent | DW | 11.09.2020 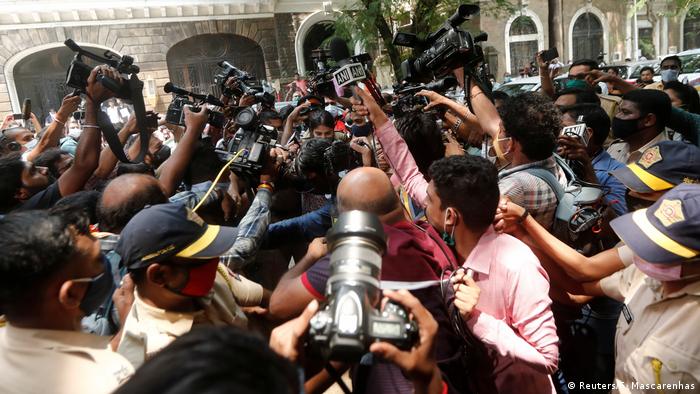 Bollywood actress Rhea Chakraborty was arrested this week on alleged drug offenses, after months of a media frenzy that followed the death of her boyfriend and fellow actor, Sushant Singh Rajput.

Chakraborty, her brother and a member of Rajput's house staff have been detained as part of a probe by India's Narcotics Control Bureau (NCB) into the actor's drug use, primarily the consumption of cannabis.

On Friday, a special court in Mumbai rejected the bail plea filed by Chakraborty.

The actor's death and the ensuing celebrity saga has dominated Indian media coverage for months. "They created an entire media circus around charges of murder, embezzlement and other such issues," Kavita Krishnan, secretary of the All India Progressive Women's Association, told DW. "Now, they've arrested her on something that is essentially a non-issue — something that is not related to Rajput's death at all."

Rajput, 34, a prominent Bollywood star who played lead roles in blockbuster films such as Kai Po Che, MS Dhoni: The Untold Story and Chhichhore, was found dead at his home in Mumbai in June. Some reports suggested that the actor had suffered from depression. 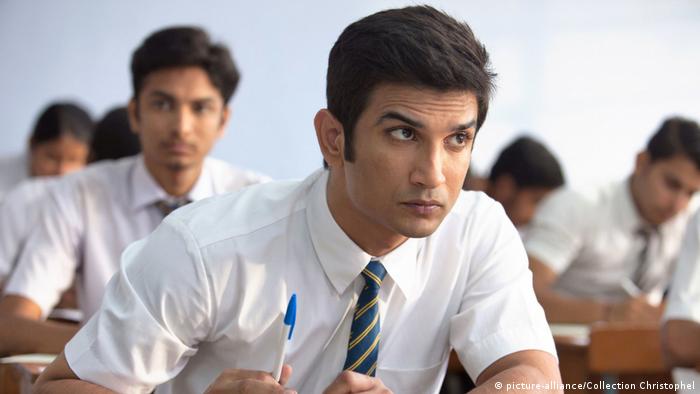 Rajput, a prominent Bollywood star, was found dead at his home in Mumbai in June

While Rajput's death was initially reported as accidental, possibly suicide, a nationwide social media campaign — #justiceforSSR — led authorities to investigate if there was any foul play involved.

The main target of this campaign was Chakraborty.

Rajput's family has accused her of siphoning off millions of rupees from his bank account and harassing him. They have, however, not provided any proof to substantiate their allegations. Chakraborty, 28, has strongly denied the accusations.

"She was accused of everything from murder to stealing huge amounts of money," Delhi-based human rights lawyer Karuna Nundy told DW. "Now she has been accused of being a part of a drug syndicate because she allegedly bought some marijuana at some point." 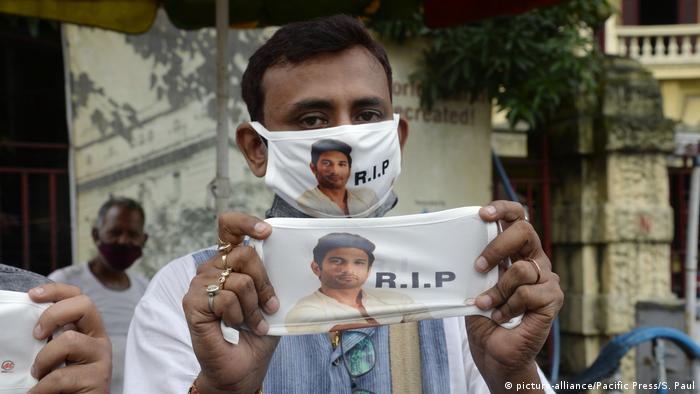 How media outlets have reported about the case has drawn withering criticism from across the board, particularly the sensationalism, conjecture and unverified conspiracy theories that dominated the coverage.

The reporting has also been fueled by patriarchal stereotypes, with Chakraborty on numerous occasions referred to as a "gold-digger," without presenting any proof that she exploited Rajput for money. Some even aired allegations that she performed "black magic" to keep Rajput drugged and under her control.

Even at a time when coronavirus infections are soaring in India — which now has the second-highest tally in the world, only behind the US — each twist and turn in Rajput's case has managed to grab national headlines.

The case has received primetime coverage in Indian news channels, some of which appeared to take immense pride in leaking personal chats that may or may not be related to the actor's demise.

For weeks, dozens of reporters and camerapersons routinely camped outside Chakraborty's residence, hounding anyone going in or coming out.

In a video posted on the actor's social media account, a large group of reporters could be seen shoving cameras and mics in the face of her father, a retired Indian army doctor. There have also been instances when the building's watchmen were harassed, and a local food delivery boy was accosted by journalists.

As she arrived for questioning by the NCB over the weekend, a viral video showed, Chakraborty was surrounded by a sea of mostly male media personnel (main picture). While some policepersons could be seen trying to shield the actor, the reporters shoved their cameras and mics in her face for a reaction.

A day after the disturbing images of the media mobbing went viral on social media, Chakraborty wore a slogan t-shirt on her way to questioning. The statement read: "Roses are red, violets are blue; let's smash the patriarchy, me and you," triggering a conversation on patriarchy and misogyny.

A number of Bollywood actors, including Farhan Akhtar, Sonam Kapoor, Vidya Balan and Kareena Kapoor Khan, reposted this quote to express their support for Chakraborty.

"Indian media have a history of routinely demonizing women, taking an extremely misogynistic approach in their portrayal of women. This case is just the latest example of that," said Krishnan. 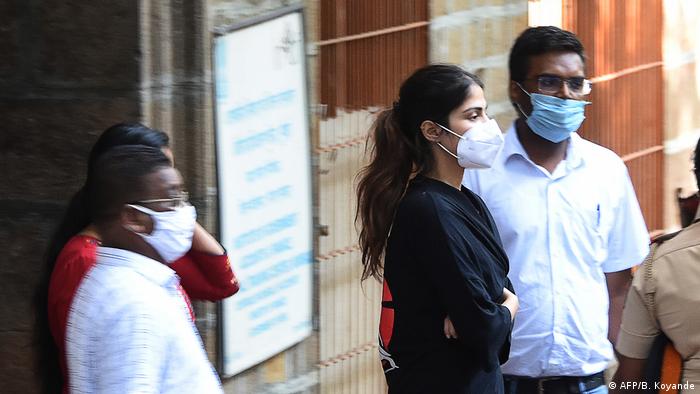 On Friday, a special court in Mumbai rejected the bail plea filed by Chakraborty

Some observers believe the uproar around Rajput's death is linked to India's ruling Bharatiya Janata Party's election campaign in the actor's home state of Bihar, which is scheduled to go to polls next month.

"The ruling party has taken this young woman's life and made it dispensable to serve their political ends," Nundy said, adding that the "defamatory media trial" was in continuation of a "long tradition of witch-hunting in this digital era."

Another big victim of the media frenzy has been India's long-overdue debate on mental health. In social media, many pushed the murder narrative with claims that the actor was rich and successful, which meant he could not suffer from depression or anxiety.

As it is an ongoing investigation, India's Central Bureau of Investigation has refused to comment on the matter.

Finally, those hailing the NCB's decision to arrest Rhea Chakraborty on drug charges are overlooking the fact that if Sushant Singh Rajput was alive, he would have been detained for the same, Krishnan said. The arrest is not in relation to harassment, fraud, abetment of suicide or murder.