Protests have erupted in New Delhi over the death of a low-caste teenager allegedly raped by four upper-caste men. Every 15 minutes, someone is raped in India on average, according to recent government data. 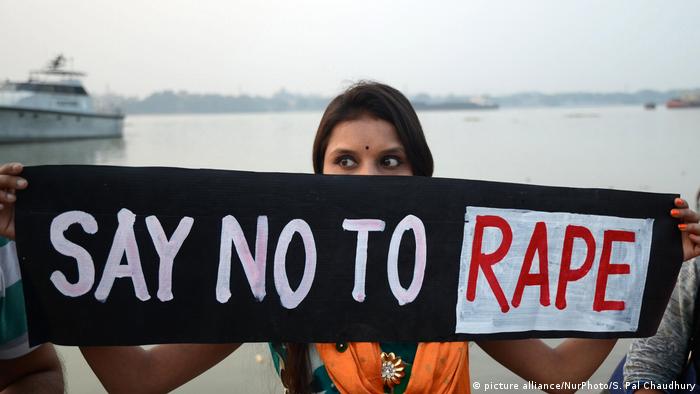 A teenage woman from India's lowest caste died in hospital on Tuesday, weeks after four high-caste men allegedly raped her.

Protesters converged on Delhi's Safdarjung clinic and Bollywood stars vented outrage on social media as news emerged that the 19-year-old Dalit woman had died of her injuries.

Brutally assaulted on a field near her home in Uttah Pradesh on September 14, the woman was first treated in a local hospital and transferred on Monday.

"Sad, sad day. How much longer can this be allowed to go on," wrote director-producer Farhan Akhtar. And, activist Kavita Krishnan decried "structural violence" against women of India's 200 million low-caste Dalits.

Protesters in their hundreds jostled with police outside the Delhi clinic.

"We can't take this anymore, we want justice,” said Chandra Shekkar Aazad, leader of a party that champions Dalit rights.

Last March, four men were hanged at the capital's Tihar Jail for the brutal gang rape and murder of a student on a bus in Delhi in 2012 — a case that came to symbolize India's sexual violence epidemic.

The Times of India newspaper quoted a police superintendent in Uttar Pradesh's Hathas district as saying murder charges would also be filed against the four accused — in addition to counts of gang rape and attempted murder pending.

The victim was found lying in blood and paralysed with neck and spine injuries after allegedly being dragged to a field and raped. Her tongue was cut.

Nearly 34,000 rapes were reported across India in 2018 — an average of one rape every 15 minutes. But many other victims are thought to be too scared to come forward.

Last December, a 23-year-old Dalit woman died after being set ablaze by a gang of men as she made her way to court in Uttar Pradesh to press rape charges.

Despite a legal ban on caste-based discrimination, experts say that prejudice is still rampant in Nepalese society. Two fatal attacks on members of the lowest Dalit caste have sparked a new wave of protests.