Veterinarians have dismissed criticism that the Arabian mare poses a danger to herself and others during her morning walks. Despite dozens of calls from worried pedestrians, police say they've never had to intervene. 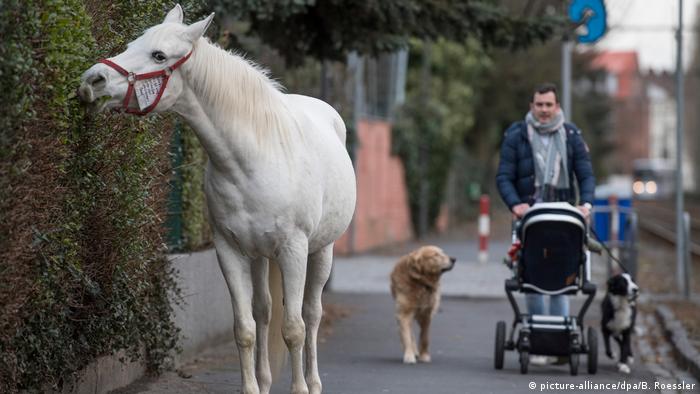 Every morning in Frankfurt's Fechenheim district, an Arabian mare named Jenny takes a leisurely stroll through the streets by herself. But she has to wear a card that reads: "I'm called Jenny, not a runaway, just taking a walk. Thanks."

For more than a decade, police have had to tell worried pedestrians calling in that Jenny is known throughout the neighborhood and that she does not present a danger, local media reported this week.

"The police know. When someone calls in, the police ask me: 'Werner, do you know where Jenny is?' Yes, I say. 'Ok, then everything is in order,'" Jenny's owner, Werner Weischedel, told "Maintower," a news show.

"We've never had to do anything before," police spokeswoman Isabell Neumann told German news agency dpa. 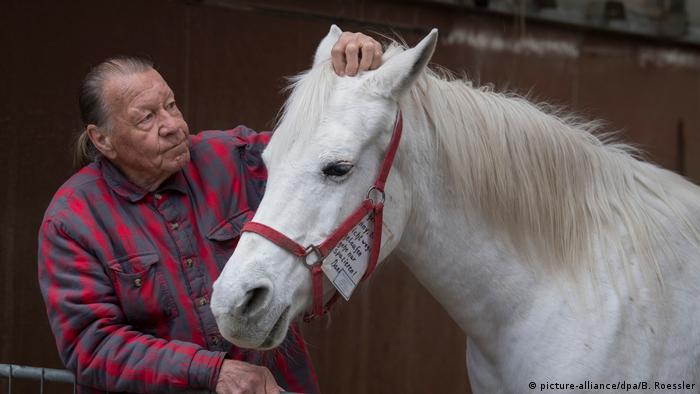 But that hasn't stopped some from criticizing Jenny's unsupervised strolls through the city. Several social media users have accused the owner of negligence, saying the chaotic streets could lead her to hurt herself or someone else.

However, the horse veterinarians union told dpa that there isn't any issue, especially since Jenny is well-acquainted with her surroundings after 14 years of making her way through the area alone. Veterinarian Maren Hellige said the mare "seems very relaxed and satisfied." 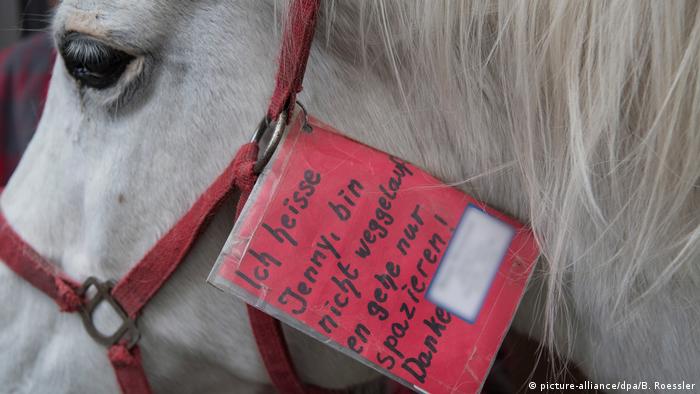 The tag reads: 'I'm called Jenny, not a runaway, just taking a walk'

Farmers should be allowed to shoot wolves that cause "serious agricultural damage," Germany's Environment Minister Svenja Schulze said in an interview. She aims to change the laws that are protecting the predators. (03.03.2019)