Wolves have barely resettled in Germany and protest is already stirring. But we must not allow irrational fears to destroy progress on the road to greater biodiversity, writes Jennifer Wagner. 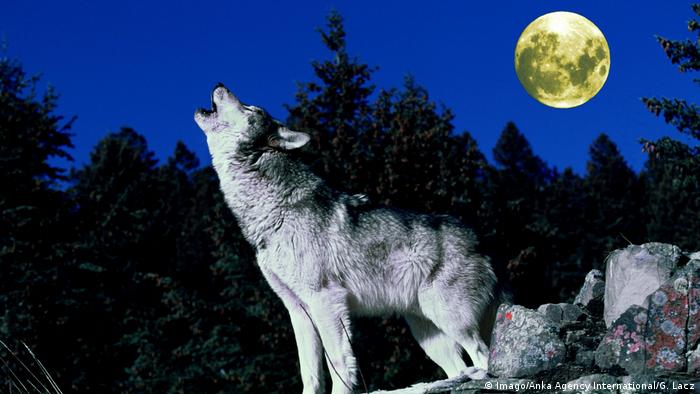 On the whole, Germans are extremely animal-loving. Pets such as cats, dogs or guinea pigs are just about worshipped. But for the majority of citizens, this devotion stops when it comes to the "big bad" wolf.

Now that wolves have been back in Germany for a few years, many people are becoming uneasy, especially after seeing pictures of sweet, fluffy sheep savaged by a wolf's sharp pointy teeth. It certainly doesn't look appetizing. But still, we should be glad that wolves feel at ease again in our environment.

Wolves were wiped out in Germany about 150 years ago. Since they are strictly protected and hunting them is no longer allowed, they have returned, and are reproducing and increasing in numbers.

But we have hardly seen the first successes before many people are disturbed by it — opponents of the wolf are not only afraid for the lives of their own domestic animals and that of their livestock, but some are even afraid for their own safety.

Sheep and goat farmers' concerns are not completely unfounded; after all, the wolf is a natural predator. Human beings, however, are not on its menu, contrary to well-known childhood fairy tales. Wolves much prefer to hunt animals that are easier to catch, such as deer, elk or wild boar.

Livestock are also not their favorite foods, even if they are targeted every now and then when an opportunity presents itself. That's why sheep dogs are important for sheep and goat herds that graze near forest edges — they protect the animals.

At the end of the day, this is the cycle of nature: There is a food chain of eating and being eaten. Just as we have to accept that wild boars plow through our flower gardens from time to time, we will have to get used to wolves leaving the deep forest and doing things we do not want them to do. But should we, for fear that they might snatch beloved cats, dogs or farm animals, immediately go back to shooting wolves everywhere? Or to "extract" them as it is called in anodyne bureaucratic German?

It is normal and understandable that conflicts should arise when animals classified as "dangerous" settle close to humans. But it is possible to adjust to this and these conflicts can be solved, as can be seen in countries where wolves and bears were never wiped out. We should consider ourselves lucky that our forests attract such animals again — they obviously feel comfortable here.

Wild predators have always coexisted in human habitat, not only in the steppes of Africa, but also in Eastern Europe or in North America.

One reason many tourists travel to Canada, for example, is to be able to observe wolves in the wild.

It is similar in Romania, where many wolf packs live. People are not attacked by the shy wild animals there either — on the contrary.

The animals are threatened by two-legged hunters: Wherever a contingent of wolves in Europe is released for shooting at short notice, affluent hunters, who kill wolves for fun, arrive from abroad.

But the fact is that humans appropriated enough nature over the centuries, especially in Germany, this very densely populated country. There is hardly a patch of earth here that has not been "cultivated," as we arrogantly call it. But it simply means that people have taken fields, forests and meadows their own for economic use, and anything that does not suit them and does not yield money must disappear.

But it should not be that simple, because biodiversity is also a value in itself in an intact environment. That is why we must again learn to get used to each other and to live together — humans, plants we call weeds, and wild animals. A life with wolves is also possible. Even in Western Europe.