Zelenskiy laughing all the way to PrivatBank | Business | Economy and finance news from a German perspective | DW | 28.05.2019

Zelenskiy laughing all the way to PrivatBank

Even before Ukraine's new president has his feet under the table, there are questions about what he will be able to achieve. Many now want to know if the oligarchs will again dictate economic policy in Kyiv. 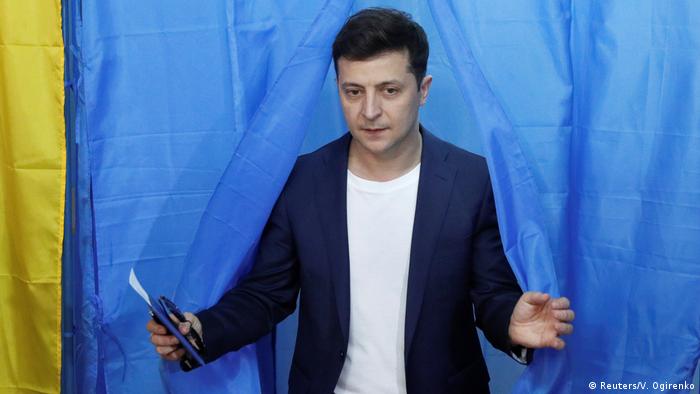 "Volodymyr Zelenskiy was swept into office on a big tide of protest votes, but getting anything positive done will be infinitely harder," Thomas De Waal, senior fellow at Carnegie Europe, believes. And further cooperation with the International Monetary Fund (IMF) will be central, he told DW.

So when a major Ukraine oligarch close to the president talks of defaulting on the country's debt, alarm bells start ringing in at IMF headquarters in New York.

Ihor Kolomoiskiy, who made Zelenskiy famous through his television channel, suggested in a recent interview with the Financial Times (FT) that the president should follow Greece and reject the IMF's austerity program or default on its external debt. "In my opinion, we should treat our creditors the way Greece does," he said, adding: "That's an example for Ukraine."

Kolomoiskiy urged Zelenskiy not to listen to the West and make his own appointments. Otherwise Zelenskiy would end up like his predecessor Petro Poroshenko. "He'll have the same poll numbers 5, 10, or 15 instead of 73%," Kolomoisky said.

The oligarch is now demanding that the United States and the European Union should write off Ukraine's external debt. "This is your game, your geopolitics. You don't care about Ukraine. You want to hurt Russia, and Ukraine is just an excuse," he said. 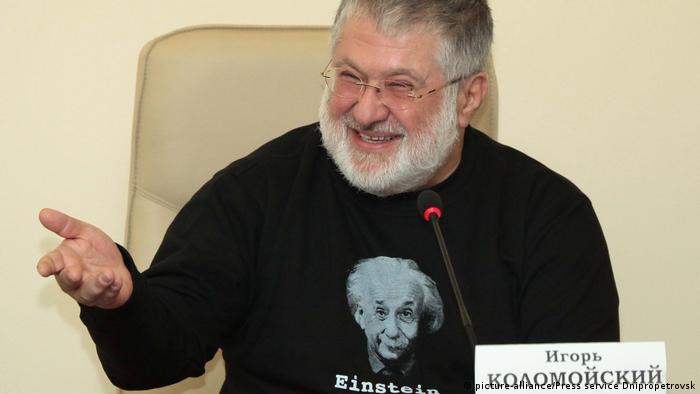 A lifeline or a drag?

A year after Poroshenko's pro-Western government came to power in 2014, the IMF agreed to loan Kyiv $17.5 billion (€15.8 billion) over four years — and then suspended the aid in 2017 after disbursing only half of it over worries about corruption. In late 2018, Kyiv won a new 14-month lending commitment, opening a new line of credit worth $3.9 billion.

The IMF wants Kyiv to create an independent anti-corruption court to tackle theft of budget money and Zelensky's election victory in April appeared to chime with that agenda. The IMF's mission was in Kyiv last week for talks and should make a decision on allocating another $1.3 billion loan.

Zelenskiy beat incumbent Petro Poroshenko in last month's polls promising to reboot the political system and purge the influence of powerful oligarchs. He was sworn in as president and called snap parliamentary elections for July 21.

Satu Kahkonen, World Bank Country Director for Belarus, Moldova and Ukraine, believes that Ukraine needs swift progress on key unfinished reforms in order to accelerate economic growth. In a recent interview for the Brussels-based international policy think tank Carnegie Europe, he pointed to opening the agricultural land market, unbundling the energy sector, strengthening governance of state-owned banks, and said that more had to be done on anti-corruption and safeguarding fiscal stability.

Jana Kobzova, policy director at Rasmussen Global, shares this view. "The real question is whether Zelenskiy manages to use this support in a way that can reinforce his declared reform agenda — de-monopolization, de-oligarchization, and de-bureaucratization — and whether he will be able to carry out these changes," she told DW. "His room for maneuver will be limited if he doesn't control a parliamentary majority," she added.

The tycoon made his first million trading goods in the 1990s before acquiring billions in assets through a series of controversial takeovers. He reportedly returned to Ukraine two weeks ago after two years of self-imposed exile in Israel and Switzerland.

Kolomoiskiy owns 70% of the 1+1 Media Group whose TV channel 1+1 broadcast "Servant of the People," the series in which Zelensky played the role of Ukraine's president.

Zelenskiy has also appointed Kolomoisky's personal lawyer, Andriy Bohdan, as his chief of staff. Bohdan has said he is a lawyer for Kolomoiskiy.

Basil Kalymon, Professor Emeritus at Ivey Business School, University of Western Ontario, Canada, wonders if this constitutes a major threat to the reform agenda of the Zelenskiy presidency. "The main promise of the Zelenskiy campaign to fight corruption would be proven hypocritical," Kalymon told DW. He believes that with the high level of repayments due, there is a substantial risk of default and that Ukraine's currency hryvnia could collapse.

Others agree that the international financial institutions, most notably the IMF, could lose confidence and withhold further tranches of financing over this. "Ukrainian politics is marked by a system of vested interests and Zelenskiy has stepped into the lion's den without prior experience," said Liana Fix, program director, international affairs at Körber-Stiftung. "The litmus test for his credibility will be his relationship with the oligarch Kolomoisky." 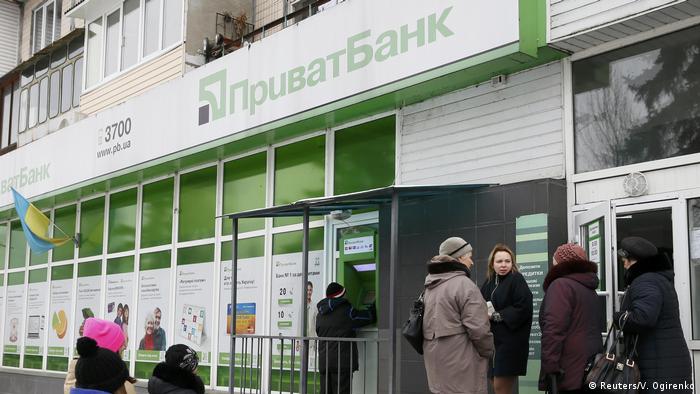 A key piece on the puzzle is what Zelenskiy will decide to do about PrivatBank, which was co-ownedby oligarch Ihor Kolomoiskiy but had to be nationalized and bailed out to prevent its collapse

In 2016, Kolomoiskiy and his business partner Gennadiy Bogolyubov were accused of defrauding Ukraine's largest bank of billions of dollars. The government nationalized the bank that year after paying off a $5.6 billion bailout.

A lawsuit against Kolomoiskiy was then brought by PrivatBank to the High Court in London and ended in the freezing of $2.6 billion of the oligarch's assets. But in 2018, the court ruled that it had no jurisdiction to proceed further.

Since then Kolomoiskiy has obtained a lower court ruling that the nationalization of PrivatBank was illegal.

Many economists believe the nationalization of PrivatBank was essential for the viability of the banking system given its oversized role, its weak capitalization and its billions of dollars of non-performing loans mainly given to companies controlled by the shareholders of the bank, principally Kolomoiskiy (49%) and Bogolyubov (49%).

The state has pursued Kolomoiskiy and other shareholders for the recovery of the amount of capital which was effectively withdrawn from the bank. An audit revealed a $5.65 billion capital shortfall, threatening the deposits of the bank's over 20 million customers.

The restructuring of the bank is seen of high importance by the IMF as it negotiates the new support package.

Zelenskiy's advisors have said that PrivatBank will not be returned to Kolomoisky, but as Tomas Fiala, CEO of the Kyiv-based investment company Dragon Capital, says, it is clear that Kolomoisky will continue to fight his corner.