The IMF is calling on wealthier countries to limit potential safe havens for dirty money. Meanwhile, the World Bank has approved a large increase in lending capacity. 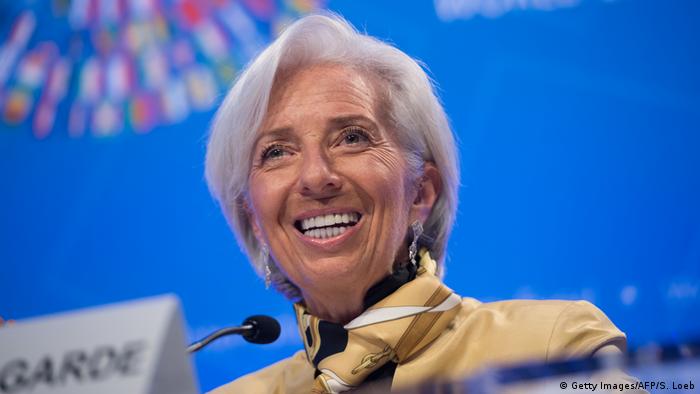 The International Monetary Fund (IMF) announced new guidelines Sunday aimed at systematically addressing corruption and its impact on economic growth in all 189 of its member states. The announcement came at the IMF's and World Bank's spring meeting in Washington.

The new policy also addresses how wealthy countries contribute to corruption in developing nations by failing to prevent bribery and money laundering and by allowing anonymous corporate ownership.

"We have now adopted a framework for enhanced engagement on governance and corruption that aims for a more systematic, evenhanded, effective and candid engagement with member countries," she continued.

Corruption and poor governance diminishes economic growth and worsens inequality, according to the IMF. The new policy framework aims to ensure that the institution will hold all members to the same standards — something it has sometimes failed to do in the past.

The new policy comes as Ukrainian officials are under pressure from the IMF to implement tough new anti-corruption reforms in order to gain access to a $17.5 billion (€14.25 billion) aid package from the fund.

The new guidelines on good governance take effect July 1, and follow a recent review of the IMF's 20-year-old policy. The language of the outgoing policy was criticized in the review for sometimes using euphemisms when addressing corruption in member states. That often left local officials uncertain about IMF concerns and expectations.

The guidelines call for the fund to discuss good governance concerns in all annual economic reviews of member countries.

But IMF officials said they expect the new approach will not result in more stringent conditions on loans, which go to a minority of the fund's members and which already include anti-corruption provisions.

News of the new IMF approach came after World Bank shareholders on Saturday approved a $13 billion increase in the bank's lending capacity.

World Bank President Jim Yong Kim said the increase was needed because of new challenges, such as climate change, refugees and pandemics, which forced poor countries to call for funding from the bank.

The Trump administration initially resisted the hike, but Treasury Secretary Steven Mnuchin said he had supported the increase because of the reforms it included.

Among other things, these foresee demanding higher rates for developing countries with higher incomes that get loans from the World Bank's main concessional lending arm, the International Bank for Reconstruction and Development (IBRD).

The IBRD had previously charged similar rates for all borrowers, leading US Treasury officials to complain that China and other bigger emerging markets were receiving too much in the way of loans.

Mnuchin welcomed the reform as a way to "significantly shift lending to poorer clients."

The US contribution to the capital increase is, however, subject to approval by Congress.