Yaros, the forgotten prison island | Europe | News and current affairs from around the continent | DW | 11.07.2017

Once a place of horror, the secret prison island of Yaros in the Aegean Sea may soon have a new lease on life. But after a long and painful past, the transformation is no easy task. 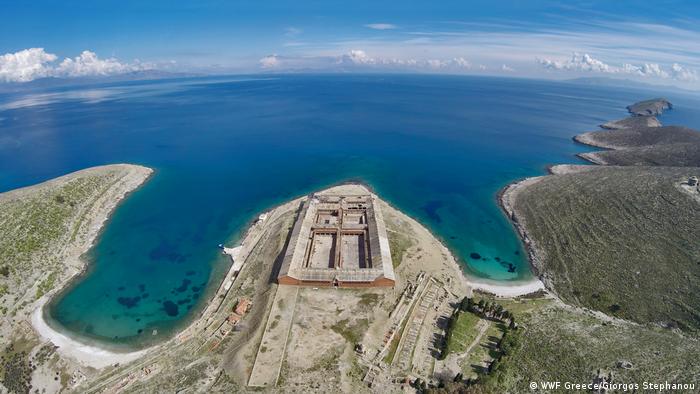 The barren and seemingly godforsaken island of Yaros in the southern Aegean is also known as the "Island of the Devil." Its history as a place of exile goes back to the ancient Romans who sent undesirable people to the island. After the Greek Civil War (1946-1949), Greek rulers kept the old tradition and sent 20,000 communists and other enemies of the government into exile on Yaros. The prisoners were treated to a gruesome educational holiday. Anyone who had dared to defy the government was mistreated until their will was broken and was then reeducated in the ways of "true Greeks."

But experts speak of a concentration camp on Greek soil; the island was used as a torture camp.  "Even the architecture of the prison hall is clearly reminiscent of concentration camp facilities," explains Athenian lawyer Kostas Katsibinis, who founded an organization 17 years ago for the conservation of historical memory.

In an interview with Deutsche Welle, Katsibinis said, "In the first years of the war, Yaros was called the Dachau of the Mediterranean." People were forced to build their own prison under deplorable conditions. Many of the inmates died of hunger or from the heat," reveals the lawyer. Just before the prison halls were completed, the government in Athens had them shut down. International outrage over the prison could not be quelled; the UN protested against brutality on the island.

For this reason, the conservative government at the time stopped using the island of exile and distributed the prisoners across prisons on the Greek mainland. During the military dictatorship, also known as the Regime of the Colonels (1967-1974), the prison opened again. Women were sent there for the first time, and not even pregnant women were spared. 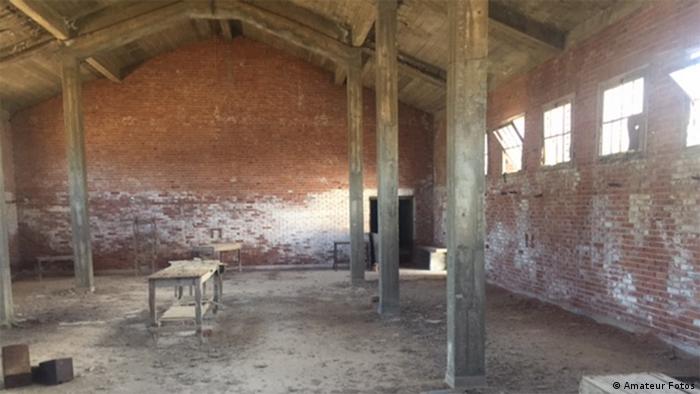 During construction, many inmates in the prison died from heat and starvation

Famous Greek prisoners on the island included Ioannis Charalambopoulos, who later served as minister of foreign affairs in the socialist government, and the renowned Greek poet Yiannis Ritsos. The military junta denied the existence of a prison island in the Aegean Sea. German journalists, however, were able to expose the lies told by the Colonels. "In 1967, reporters from the weekly magazine Stern were able to fly over the island of Yaros and take pictures that sparked international outcry. Later, the French magazine Paris Match also succeeded in doing the same," recounts Kostas Katsibinis. 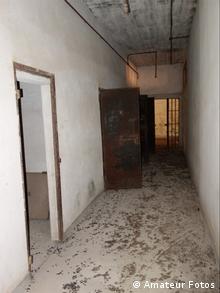 The Greek military junta initially covered up the truth

The regime was no longer able to deny the truth. The damning evidence from Yaros led to Greece's ban from the Council of Europe for violating human rights. The dedicated lawyer was disgusted about the fact that the regime even tried to downplay the death toll. "Only 22 people are buried in the cemetery of Yaros. This low number can be explained by the fact that many prisoners close to death were taken to the nearby island of Syros so that the statistics for victims did not cause too much of a stir."

Katsibinis is doing everything in his power to give the memories of the past a home. He says that the former island of the devil should be made accessible to a broad public. This is a tricky matter, for to this day, there is no ferry connection to the island. The prison island is actually a restricted area; not even fisherman's boats are allowed to land there.

Ten years ago, Katsibinis and his organization managed to put a halt to the Greek Navy's exercises on the island to protect the buildings that are already in a state of decay. Since then, however, a study conducted by the Polytechneion (Technical University of Athens) on improving local infrastructure has been lost in the mills of Greek bureaucracy.

The island of the devil now a diver's paradise?

But now, it looks like the ball is rolling again. There are plans to turn the island into a nature conservation area and a diver's paradise. The project is being backed by WWF, the world's leading nature conservation organization, and the Cyclades Life program. "The sea region around Yaros is home to about 15 percent of all Mediterranean monk seals. It may be the world's largest colony of this seal species," says WWF spokesman Jason Kantas in an interview with DW.

There are also beautiful diving landscapes close to the island's coast. The island has been a NATURA 2000 protected site since 2011 and it is almost certain that the island will receive start-up funding from the EU. "The fact that no one came to Yaros for decades had a positive side effect in that nature has remained unspoiled and the island has become a refuge for many animal and bird species," says WWF's Spiros Kotomatas. 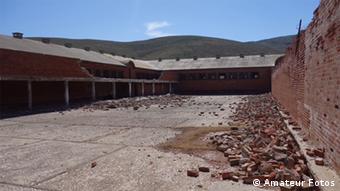 The internment facilities were later used for military maneuvers

It is also practical that the largest island in the Cyclades, Syros, is nearby. After his visit there island at the end of March, Kotomatas said that residents of Syros are open to the idea of soft tourism in Yaros . Now, work must be done to open the former isle of the devil to tourists, so they can learn about its historical past, and also enjoy the serenity and beauty of nature.

It will be no easy task due to the complex legal situation. In 2001, the island was declared a historical monument, which meant that all construction was prohibited. Years later, the ban was lifted, but only partially. After that, a potential investor came forth with a proposal to build a wind farm in the region. The project was initially granted approval but has now been shelved. The situation has been further complicated by the fact that unexploded missiles from past naval maneuvers are lying around. Kotomatas says, "With the help of experts from the Greek army, we have been able to defuse many explosives and open roads that provide access to the center of the island, but a great deal remains to be done."

A visit to Santorini