A record number of tourist visitors in 2016 was not enough, but it did certainly do the country good. As the 2017 tourist season starts, the industry is banking on an even better year. 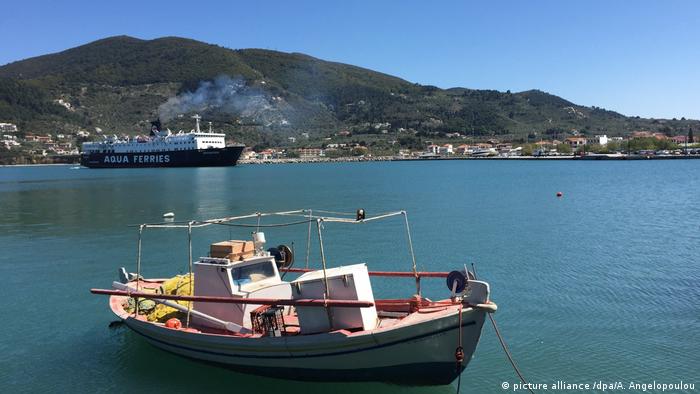 The tourist season in the old harbour of Skopelos island off Greece's eastern coast is starting, as it often does, in a leisurely fashion. Visitors can choose a taverna and then take their pick of the free seats in the sun to watch fishing boats rock gently on the water and be served their tzatziki by smiling waiters. The same scene will look very different in just a few weeks' time, when the tidal wave of tourists arrives, the restaurants fill up and the staff have to rush from one impatient table to the next. The more, the better, say the people offering rooms, drinks, food, massages, trinkets, three-week tattoos and a myriad of other goods and services. 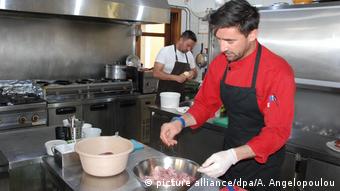 They hope for the crowds and the tourist dollars they bring as a antidote to the financial crisis and years of austerity budgets from the government. They know it will take more than just one excellent year to be get back on track. After setting the new record of 27.5 million guests in 2016, Greece this year expects up to 30 million visitors. "We'll see. Siga, siga (take it easy)," Rigas Gripiotis says. He does not want to jinx it, but the grin on the young cook's face betrays optimism. "Skopelos is not Mykonos or Santorini, where there is always a lot going on," he says, explaining his reservations.  But many tourists prefer the quieter surroundings of the Sporades islands, and Rigas and his three brothers admit to hoping for a super summer after investing in a facelift for their waterfront taverna. 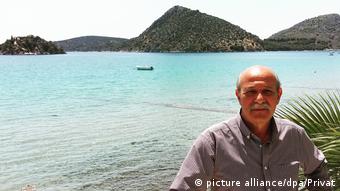 On the other side of Greece, in Tolo, a fishing village on the Peloponnese, Dimitris Skalidis is openly euphoric about the prospects for the three hotels that he runs. "We're in the biggest tourism boom of decades," he says. "We're nearly fully booked and are already taking reservations for 2018." Hotel manager Christos Pilatakis echoes the optimism from his base on Rhodes in the south-eastern Aegean: "Even in our village, Lindos, 60 per cent of the rooms are booked through November."

Big-spending German tourists this year again feel the pull of Greece - their number could even triple from 1 million in 2015, the tourism ministry estimated. Greece also ranks well among the prized French, British and Austrian tourists. There are multiple reasons for the boom, not least the instability in Turkey and Egypt, two solidly popular destinations of the past 15 years.  Debt-ridden Greece, which had been dogged by demonstrations and stoppages affecting vacationers through blocked borders, parked ferries and locked museums, has also calmed. "We had no major strikes since 2015 and we have no deadly attacks, so people feel safe here," Dimitris Skalidis explained. Additionally, the EU-Turkey deal on refugees and migrants is holding since March 2016, so the influx of people to Aegean islands has dwindled to almost zero. The lingering effect of the migration crisis still affects the islands with squalid refugee camps - most of all Lesbos and Chios - but this hasn't influenced travel to Greece's myriad other destinations. 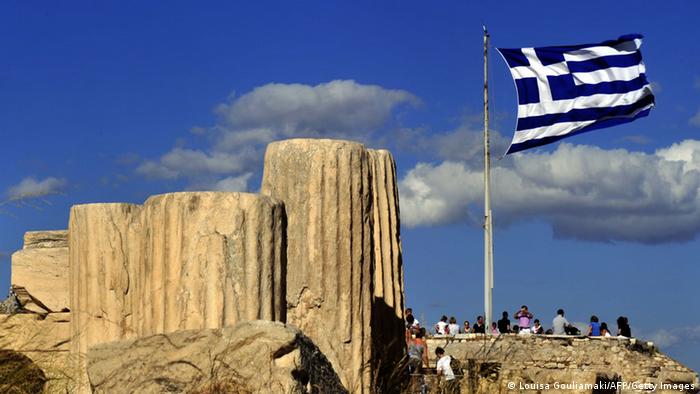 With the projected growth in German tourist numbers, Greece - which has been flirting with bankruptcy - hopes that revenue will also grow, unlike in 2016. Despite the record number of visitors, the income of 13 billion euros (14.3 billion dollars) was actually 6.5 per cent down last year compared to 2015, mainly because of a growth in non-EU, budget tourists. On this score, official figures for 2017 could provide grounds for the widespread optimism: a government projection indicates revenues could go up by as much as 50 per cent this year.