Japan's notorious crime syndicates, the yakuza, are becoming a rarer breed in the country as new laws, public attitudes, economics and simple demographics eat into their membership. 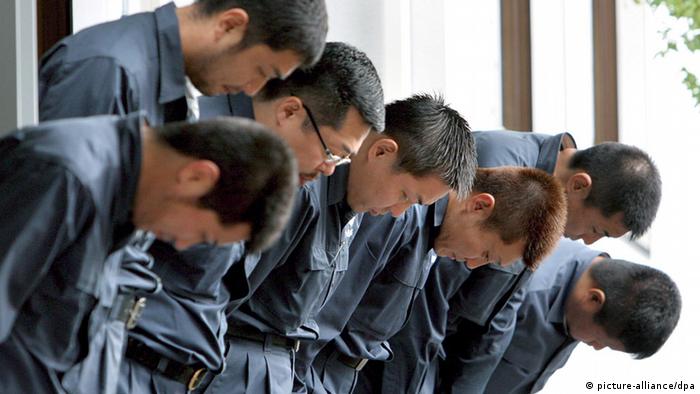 It is tough to be in the organized crime business in Japan. The latest figures provided by the National Police Agency (NPA) show that core membership of the 21 largest yakuza groups has fallen steadily in the last three years, but the decline was more marked in 2013.

The law has been updated several times in the last 22 years, points out Jake Adelstein, author of "Tokyo Vice: An American Reporter on the Police Beat in Japan" and an expert on Japan's underworld groups. The most significant change came on October 1, 2011, when it became a crime for anyone to pay protection money to a gang member.

"Membership was hovering around the 80,000 mark for years and years, but the law that criminalized paying protection money has really hit them hard," Adelstein told DW.

"Traditionally, a lower-ranking yakuza earned his money from protection in his neighborhood," Adelstein said. "He earned an income, paid his dues to the group, had the right to use the organization's name in his 'business' and generally terrorize people. 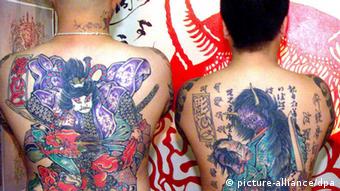 Some Yakuza members are indelibly marked with tattoos

"But when these people could no longer pay their dues, they were no longer part of the gang and - like any corporation - they went out of business." And life for these relatively unskilled and unqualified members of Japanese society - some indelibly marked with the tattoos and missing fingers that single out members of the Japanese underworld - is subsequently tough.

Adelstein says his research indicates they often end up in the construction industry or driving trucks, but many eventually resort to crimes that are taboo in the yakuza world, such as theft and robbery. Many end up in prison and the suicide rate for former gangsters is higher than in general Japanese society.

Japanese gangs are also facing a challenge to their monopoly on the market here, with groups from China, Korea, Russia, Iran and elsewhere making inroads into their traditional heartlands.

Some groups, such as those from Vietnam and Pakistan, specialize in stealing cars and jewelry and then ship their loot abroad. Others focus on importing heroin through Malaysia and other narcotics from Africa.

But another factor imperiling a segment of society that has always been considered a fact of life among the Japanese public are the nation's well-documents economic and demographic problems. 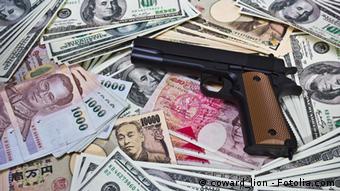 Japanese gangs are facing a challenge to their monopoly

"It's a two-tier labor market and we're seeing the same thing in contractions in Japanese schools and corporations," said Jun Okumura, a visiting scholar at the Meiji Institute for Global Affairs.

"It could be argued that the yakuza were at the forefront of the downsizing movement here in Japan, turning to more irregular, part-time workers to complement their work force," he said.

And that means that income for the lowest level of gangsters is so pitifully low that the gangs are attracting fewer recruits. Combined with a falling birth rate, leading to a smaller pool of potential employees, the outlook for the underworld appears bleak.

One possible way out is for gangsters to look overseas for opportunities. One of the most popular new areas they are examining is casino operations, in Macau, the Philippines and Cambodia.

Japan is reforming its national sport, sumo, to increase transparency and stamp out allegations of illegal gambling, rigged fights and bullying, which, in at least one case, led to the death of a young wrestler. (14.02.2014)

After decades of pacifism and subdued patriotism, nationalism is becoming more socially acceptable in Japan. (16.10.2012)

"In Cambodia, there is no mafia presence, the entire political structure in the Philippines is corrupt so it's just a case of making sure you pay the correct people, while the underworld groups in Macau are not very strong," said Adelstein. "Others are setting up investment companies in Hong Kong and Singapore to manipulate stock market prices and make money in that way," he added.

As well as Asia, the yakuza's tentacles stretch as far as shell companies in the British Virgin Islands and Amsterdam, while one group is so brazen in its operations that it has little hesitation in sponsoring its own golf tournaments.

Overseas operations are, however, full of potential problems for crime syndicates that have previously focused their illegal intentions on the relatively easy domestic market. The most obvious threat to any business setting up in a foreign market is upsetting the local operators, as well as the need to carve out a new market for whatever sector that organization is working in.

And despite a history that stretches back to the 17th century, the yakuza are even fading in significance and influence in Japanese society. "When was the last time we saw a movie that glorified the yakuza?" asked Okumura. "That says something about this society. The yakuza just don't sell any more and maybe that is a result of social pressure not to glorify these people."