Y20Germany presents position paper to Angela Merkel ahead of G20 summit | Germany | News and in-depth reporting from Berlin and beyond | DW | 07.06.2017

Just weeks before the G20 summit, youth delegates from 31 countries have presented their proposals to the German chancellor. During talks, Angela Merkel criticized the lack of international readiness to accept refugees. 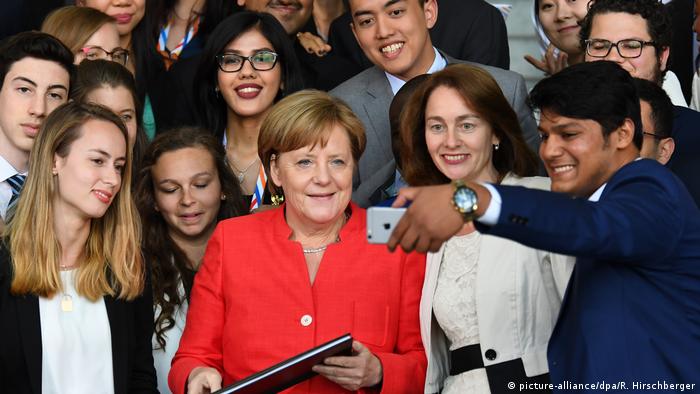 If there was ever a selfie opportunity for the 68 delegates at the youth Y20 summit in Berlin on Wednesday, it was that with German Chancellor Angela Merkel.

"When I went to a reception 20 years ago, I talked to people, today I'm only taking photos," the chancellor quipped at the pre-G20 meeting.

But it wasn't all about smart phones and photo ops. After five days of reviewing G20 topics, youth delegates from 31 different countries were on Wednesday able to discuss their proposals with Merkel at the chancellery before officially presenting her with the their position paper. 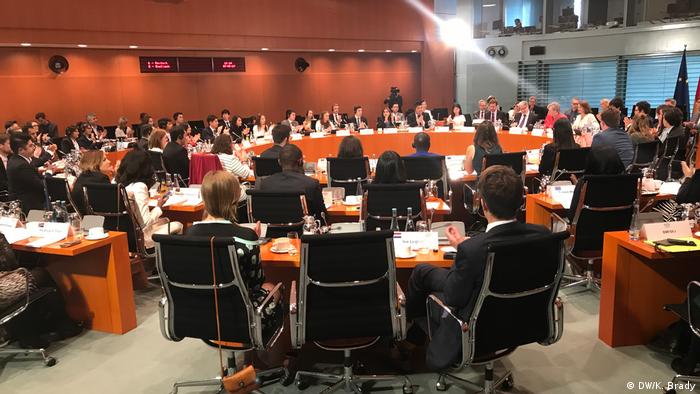 Top of the agenda for the 18 to 23-year-olds was combating climate change and migration.

Less than a week after US President Donald Trump withdrew the US from the Paris Climate Agreement, the youth delegates called for a reinforcement of commitment to treaties on a local level, as well as increased education addressing the environment.

- Merkel: 'We have to protect Mother Earth' after Trump quits Paris accord

Sovereignty 'not an excuse'

On the topic of climate treaties, the youth delegates also said participating states should not be able to use sovereignty as an excuse for shying away from implementing the terms of agreements.

Members of the Paris Climate Agreement joined "voluntarily," Merkel responded on Wednesday, "but not all countries are prepared for a neutral institution to take the measurements."

While some governments have rejected the United Nation's control as an invasion of their sovereignty, Merkel said they could not rely solely on national measurements.

"In Germany we have a phrase: 'Do not trust any statistics that you did not fake yourself'," Merkel said, adding that is why "there is still a long way to go."

"Objective data is vital in assessing the implementation of the Paris Agreement," she said.

- World reacts to US withdrawal from Paris agreement

Closer to home, Merkel also spoke in the long-term of an end to coal usage, adding, however, that a "security of supply and jobs would have to be taken into account."

Addressing migration, the youth summit demanded a better fight against causes of asylum seekers fleeing their home countries. Refugees should also have the opportunity to receive education and access to the labor market in the country of their arrival as soon as possible, the delegates said.

"The right to asylum is a human right and must be treated as such."

Responding to the proposal, Merkel criticized the lack of international readiness to accept refugees, adding that it was "very sad that so many countries are so terrified and afraid of other cultures or beliefs."

- Types of protection in Germany for asylum seekers

In the European Union there is also a "sad discussion" about the distribution of refugees. Almost two years on since the refugee crisis caught Europe off guard, many countries, particularly in Eastern Europe, continue oppose the quotas agreed in the EU for the distribution of Syrian refugees. 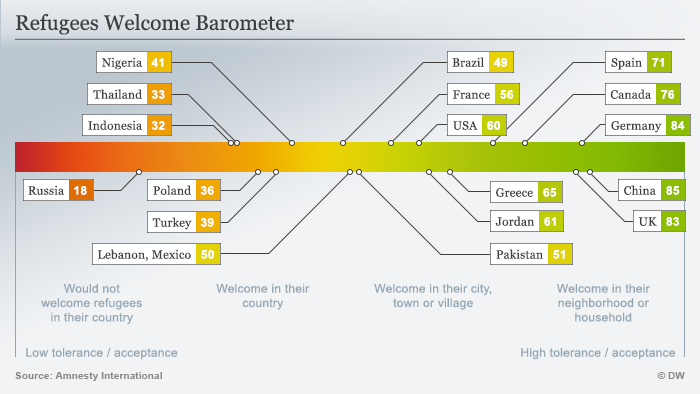 Other topics addressed by the youth delegates on Wednesday included the global economy and world trade for which they called for more accountability.

In the age of digitalization, the young delegates also called on the G20 states to provide reliable and stable internet infrastructure and to expand digital education.

In an effort to improve the workplace for women, the delegates proposed more flexible work and more investment in childcare. 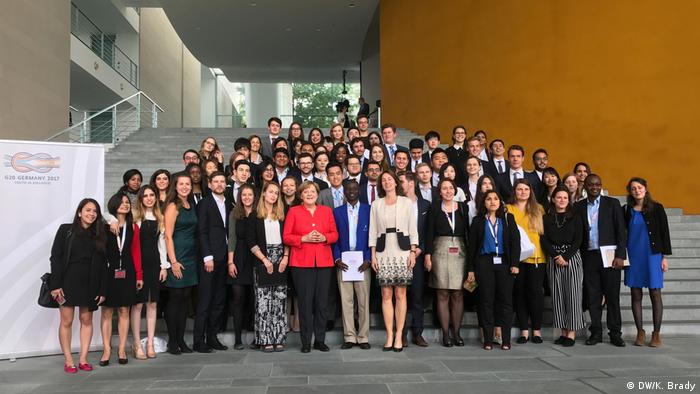 "There must be more pressure," Barley said, adding that there wasn't only a gender pay gap to be addressed, but also a "gender care gap."

Closing the discussion on Wednesday, Merkel expressed her gratitude for the suggestions, adding that that she would look at the position paper in detail, before submitting it to the G20 summit in Hamburg in July.