A 30 percent quota enabling women to get their share of supervisory jobs in top German firms is beginning to work, according to German cabinet members. The legislative goal-setting requirement came into effect last year. 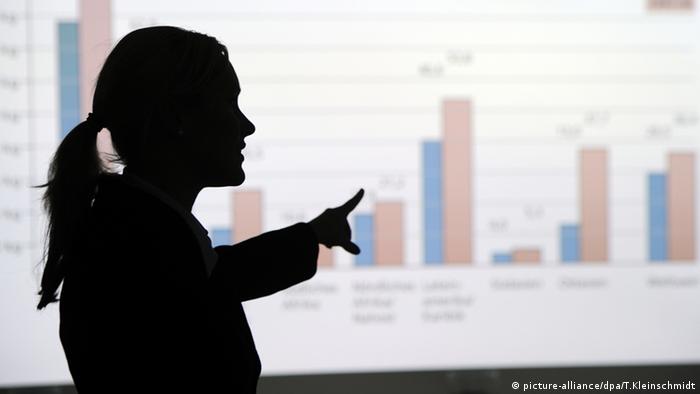 The law on "Equal Participation of Women and Men in the Labor Market" was adopted by parliament in May, 2015 after decades of resistance in corporate and societal circles.

Its deadline for 30 percent female participation expired in January 2016 and required more than 100 companies - those listed on the stock exchange, with a board including staff council representation, and usually with a minimum of around 2,000 employees in total - to ensure that new, vacant board posts went to women managers.

Otherwise, those posts remained vacant. The ultimate female goal is 50 percent, in other words parity with male managers.

"Others will follow suit," Schwesig said, adding that a "change in culture" or thinking was taking place in German enterprises and society.

A backlog was still apparent in top corporate boards, where women were "as before still underrepresented," Schwesig said, warning that further legislative rectification could be contemplated.

A legislative initiative in 2001 for more women managers in private firms failed because of what Schwesig's ministry on Wednesday termed "resistance from corporate federations and a lack of support from [the-then] Chancellor Gerhard Schröder" - also of the SPD.

"Since Gerhard Schröder's chancellorship, industry has promised again and again to put more women into managerial positions. Too little has happened," Zypries said.

She turned the focus to a further 3,500 businesses - those that don't meet the intentionally prohibitive criteria for the binding quota - which are instead required under the law to set their own goals for new appointments to supervisory and executive boards and their upper management levels.

Zypries alluded to recent reporting in weekly news magazine "Der Spiegel," which found around three-quarters of M-DAX companies had chosen, legally, to set that target at zero. The M-DAX stock index lists companies - excluding tech businesses - one rung below those on the main DAX index.

That also remained the case in public service entities where gender parity in managerial positions "has not been reached," Schön said.

Merkel's cabinet clears 30 percent, but not 50

Chancellor Merkel's current CDU-led cabinet - in which the SPD is the junior coalition partner - is made up of nine men and six women.