The people of Worms are celebrating the consecration of their cathedral 1,000 years ago with a range of festivities. 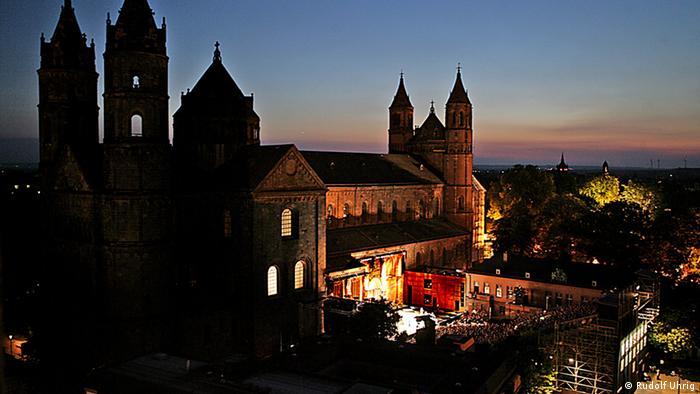 Emperors, popes, Martin Luther: Worms Cathedral has been the scene of great events. The Romanesque cathedral of St. Peter, 1,000 years after the cathedral's consecration on June 9, 1018, has shaped the city in the Rhineland-Palatinate like no other building. Tobias Schäfer, as provost in charge of the cathedral, says its jubilee has galvanized the entire city. "The people of Worms identify with their cathedral, whether they're Catholic, Lutheran or not religious at all."

There have already been several highlights in this anniversary year, among them the consecration of five new bells, the inauguration of the Haus am Dom civic center, a premiere on German television with the documentary Der Wormser Wunderbau, and the opening of a special exhibition on the history of the cathedral. Statue of Bishop Burchard in front of Worms Cathedral

A special exhibition for the millennium

The title of the exhibition translates roughly as "Unlocked: the cathedral turns 1000." Its organizers say that the seven interactive stations installed throughout the church trace an arc from its construction to present-day congregational life. In presenting the exhibition, Claudia Staudinger, official pastoral worker for city residents and tourists, said the idea is to virtually unlock the stones of the cathedral.

The man who had the cathedral built, Bishop Burchard of Worms, plays a key role in the exhibition. On the tour of the exhibits and information displays, visitors pass by his tomb in the church's west chancel. The most spectacular exhibit is a fragment of the original marble floor, which was uncovered towards the year 1900. In addition, there are more archaeological finds, ancient manuscripts and video and audio reports. 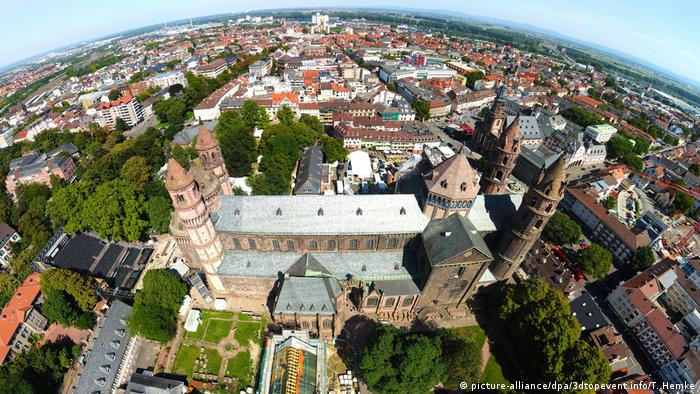 A virtual balancing act between the cathedral towers

With the aid of virtual reality technology, visitors can even balance between the towers of Worms Cathedral. Thomas Klumb, who heads the public relations department of the diocese, explains that VR technology makes both towers over the eastern chancel, which shape the cityscape, virtually accessible. "On a virtual wooden beam you can move completely freely between the towers at a height of nearly 50 meters and get a very realistic bird's-eye impression of Worms."

Michael Klein, director of the Institute for New Media in Frankfurt, which has supported the project, says the impression is made even more convincing by the use of photogrammetric images, in which the accurate angle of light contributes significantly to the sensation of realism. In addition, an acoustic impression is relayed via headphones. Finally, a fan supplies a light breeze. "In this way, reality merges with the digital spaces to form a new unity," Klein explains. Visitors can also ascend to a height of about 60 meters in front of the cathedral "on a mobile crane with a tethered balloon – about as high as the cathedral towers." 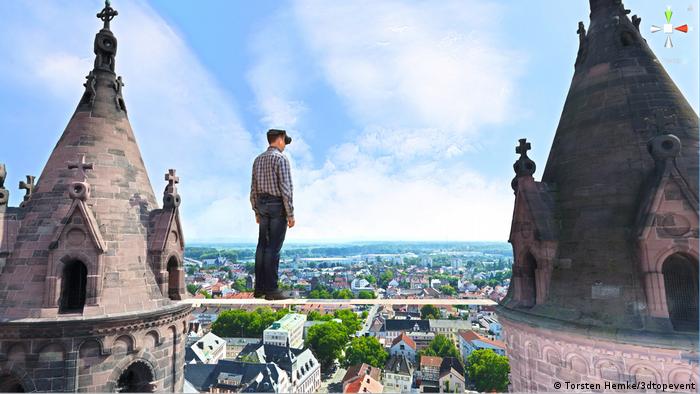 The smallest of the three Rhenish imperial cathedrals, the Worms Cathedral is mentioned in the epic poem "The Nibelungenlied." The queens' quarrel, a key scene in the saga, takes place at the cathedral's north portal. In 1521 The Diet of Worms, presided over by the Emperor Charles V, was held in the cathedral in 1521. The event was made famous by Martin Luther's appearance there to respond to charges of heresy.