A 35-year-old elephant has been transferred to a wildlife sanctuary in Cambodia after his miserable condition at an Islamabad zoo sparked a global outcry. American singer Cher campaigned for his freedom for years. 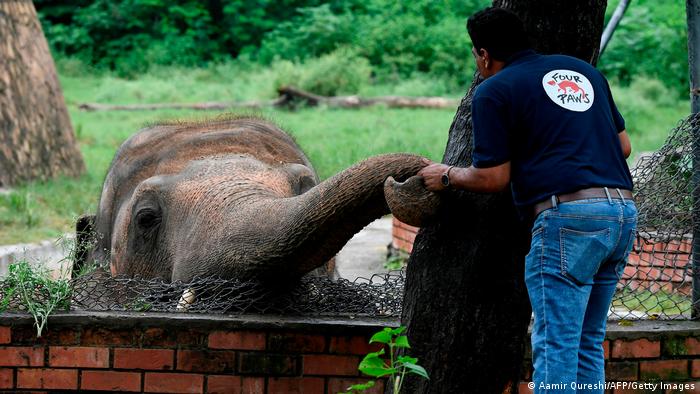 Following years of public outcry and campaigning by Oscar-winning American singer and actor Cher, Kaavan the elephant has landed in Cambodia from Pakistan to start a new life in a local sanctuary.

The 35-year-old bull elephant's miserable condition in an Islamabad zoo had sparked an uproar from animal rights groups in the country and abroad.

Cher was on the tarmac at the airport in Siem Reap to greet Kaavan, who made the journey on a special cargo plane.

"Kaavan was eating, was not stressed, he was even a little bit sleeping ... He behaves like a Frequent Flyer," said Amir Khalil, a vet with animal rescue organization Four Paws, which spearheaded the relocation effort.

Dozens of wildlife workers used a winch and rope to load the sedated elephant into a custom-made crate before he was lifted into the cargo plane.

"The flight was uneventful, which is all you can ask for when you transfer an elephant," Khalil added.

The Cambodian sanctuary houses more than 80 elephants and is equipped with experts and other related facilities.

Cher, who is financing half of the cost of Kaavan's journey, had also visited Pakistan to oversee the elephant's departure. She also met with Pakistani Prime Minister Imran Khan and other government officials on Friday.

"Thanks to Cher and also to local Pakistani activists, Kaavan's fate made headlines around the globe and this contributed to the facilitation of his transfer," said Four Paws spokesman Martin Bauer.

Cher "has quite a big platform so we have really appreciated what she has done for Kaavan since 2016," he added. 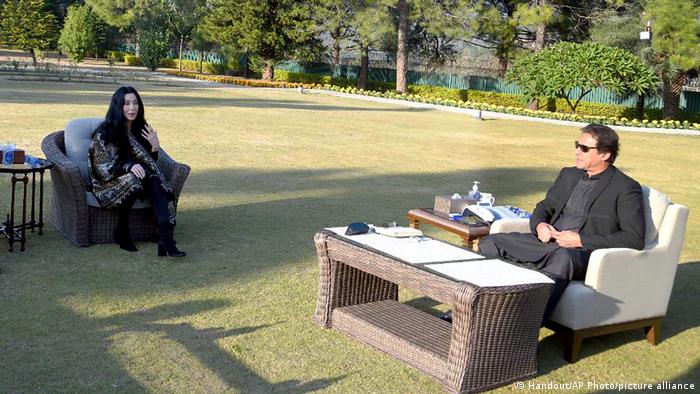 Kaavan had been living in poor conditions in a small enclosure at Marghazar Zoo in Islamabad for more than three decades. His mate, Saheli, died in 2012, allegedly due to negligence and poor treatment by zoo authorities.

Activists around the world campaigned for Kaavan's release, accusing Islamabad zookeepers of keeping him isolated, chained up and not providing the large animal with proper shelter and relief during hot summer months. They also fought a long legal battle for his freedom.

In May, a court in Islamabad ordered authorities to release the animal and find a suitable sanctuary for him. The ruling also saw the Pakistani judges ordering the relocation of dozens of other animals, including lions, bears and birds, until the zoo improves the animals' living conditions.

Kaavan arrived in Islamabad from Sri Lanka as a young calf in 1985, as a gift from Colombo to the former dictator General Zia ul-Haq. In 2002, zookeepers said he was being temporarily chained due to increasingly violent behavior. He was freed later that year, but zoo officials later apparently resumed the practice.

Animal rights activists have said Pakistan's Prevention of Cruelty to Animals Act, passed in 1890, is outdated. Even though animal cruelty was instated as a punishable offense in the country earlier this year, rescue workers say fines alone cannot deter abuse.

"There's a lot of improvement to be made," said Rab Nawaz with the World Wildlife Federation in Pakistan.

"Kaavan is just one animal. There's lots of animals in Pakistan... which are in miserable conditions," he added.

Zahra Yaqoob Khan, founder of the Saving Life on Paws online rescue initiative, told DW about the widespread animal abuse in the country by both individuals and government institutions.

"The Capital Development Authority (CDA) in Islamabad mercilessly shoots or poisons dozens of stray dogs at a time. This kind of cruelty makes people insensitive towards animals," said Khan, adding that the government needs to invest in a countrywide animal rights awareness program.

From energy-producing diapers in Japan to elephants reunited — it's time for some good news! Here are six positive stories from around the world that you might have missed.