Pakistan: Rising cases of animal cruelty anger activists | Asia | An in-depth look at news from across the continent | DW | 06.08.2020

From the alleged rape of a kitten by teenagers in Lahore to the death of two lions during transfer from zoo, institutional and informal animal cruelty has come under scrutiny in Pakistan. Mavra Bari reports. 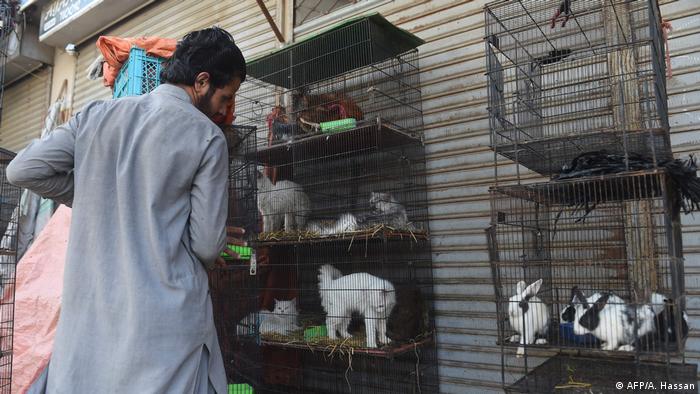 The deaths of a pair of lions that died two days apart during their transfer from an Islamabad zoo to an animal sanctuary in Kasur city, have spurred an investigation by the Islamabad High Court (IHC). The IHC intends to proceed against Zartaj Gul, minister for climate change; Malik Amin Aslam, special assistant to PM Imran Khan on climate change; secretary of the climate ministry and officials of the Islamabad Wildlife Management Board (IWMB) for violating the court orders on the shifting of animals from the Marghazar Zoo. New reports have emerged that the transfer protocol for the lion and lioness was not followed as they were shifted to a private farmhouse, not to a sanctuary, as directed by the IHC.

Last week, a video showing zoo caretakers lighting a fire in the lions' cage to spur them to move to another cage went viral on social media. A lioness was suffocated to death as a result. The necropsy report by the University of Veterinary and Animal Sciences, Lahore, revealed that the lioness had not been de-wormed or vaccinated. "The animal was weak, emaciated and dehydrated. Her eyes were sunken and eye conjunctiva was pale," the report said.

Lions are listed as "vulnerable" on the International Union for the Conservation of Nature (IUCN) Red List of Threatened Species and losing a pair of the species has been a big blow to their preservation efforts.

In a statement, the World Wildlife Fund (WWF) Pakistan condemned the mistreatment of the lions at the zoo and expressed "grave" concerns over videos circulating on social media.

Read more: Pakistan struggles to save pangolins from poachers 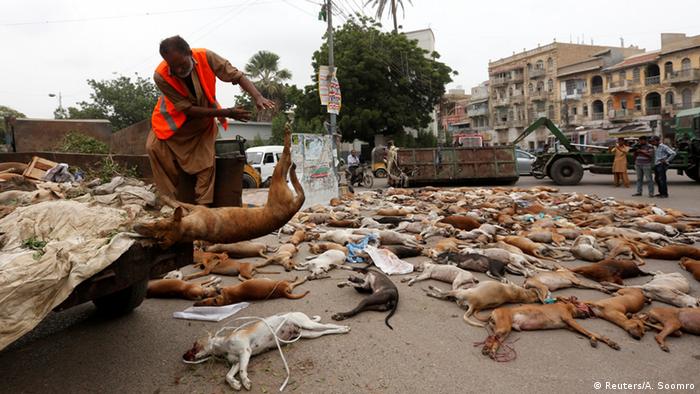 Anis Rehman, chairman of the Islamabad Wildlife Management Board, told DW that the IHC ruling to close the Islamabad zoo was "unprecedented."

"I don't think there is another case in the world where an entire zoo of 404 animals was ordered to close and transfer animals within two months," Rehman said.

The IHC made its decision to shut down the zoo on May 21 after animal rights activists complained that an elephant, Kaavan, suffered decades of mistreatment at the zoo. Authorities now plan to relocate Kaavan to a sanctuary in Cambodia.

Katie Sipra, a volunteer at Friends of Islamabad Zoo, told DW: "For any zoo, shifting an elephant [to another country] within 30 days would be almost impossible. Pakistan needs international expertise but it seems that nobody wants to assist it."

Animal rights activists say that Pakistan's Prevention of Cruelty to Animals Act (1890) is outdated. Even though animal cruelty was instated as a punishable offense in the country earlier this year, rescue workers say fines alone cannot deter abuse.

Zahra Yaqoob Khan, founder of the Saving Life on Paws online rescue initiative, told DW about the widespread animal abuse in the country by both individuals and government institutions.

"The Capital Development Authority (CDA) in Islamabad mercilessly shoots or poisons dozens of stray dogs at a time. This kind of cruelty makes people insensitive towards animals," said Khan, adding that the government needs to invest in a countrywide animal rights awareness program.

Zufishan Anushay started the Justice For Kiki (JFK) Animal Rescue and Shelter when her beloved dog was shot dead during the CDA's drive to cull stray dogs.

"Kiki was loaded in a truck full of dead dogs. I didn't only cry for Kiki that day but for all the shot dogs, who had no one to cry for them," Anushay told DW.

The JFK, which has some 25,000 followers on Facebook, recently came under fire when it issued a statement about an alleged rape of a kitten in Lahore. Anushay said her organization received credible information that should have been sufficient for authorities to launch a probe into the case. But the JFK's claims were refuted by veterinarians, who said there was no definitive evidence of rape.

"We posted about the issue so that authorities could start a proper investigation and take into account the evidence," Anushay added.