Bustards busted by Sheikhs in Pakistan

In Pakistan Arab Sheikhs have been permitted to shoot down 100 endangered birds. Nadeem F. Paracha explains that this may be linked to the bankrolling of radical organizations by the Saudi and Gulf States. 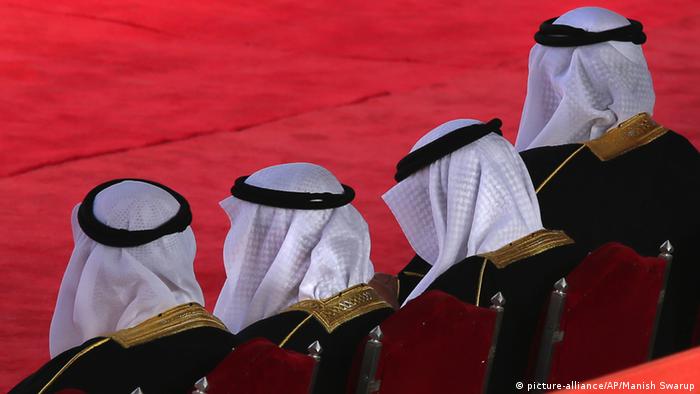 Rahim Yar Khan is a small agricultural city in Punjab, Pakistan's largest southern province. Though small in size, and surrounded by mango and date farms, a rolling desert and some factories, Rahim Yar Khan has a rather remarkable airport, quite unlike the ones found in most other small cities of the country.

Not as massive and bustling as the ones in the country's much larger cities, the Rahim Yar Khan Airport is much smaller, but looks exceptionally pristine and well-maintained.

A wide, shiny road dotted by palm trees runs straight into the desert just outside the city, leading to an imposing palace. It often housed members of Abu Dhabi's royal family whenever they used to land directly at the Rahim Yar Khan Airport in their private jets.

In the mid-1970s, the desert of Rahim Yar Khan became a favorite hunting ground for rich Arab sheiks and sultans of the United Arab Emirates and Saudi Arabia.

Armed with trained falcons, shotguns, dogs and lots of 'petro dollars' to throw around, the oil-rich Arab hunters were particularly interested in hunting (and eating) a bird called the houbara bustard.

The houbara species found in Pakistan is officially known as MacQueen's Bustard, or Asian Bustard. It was once also common in the deserts of the UAE and Saudi Arabia, but by the early 1970s they had been hunted to near-extinction by the native falconers.

In 1974 the populist government of Zulfikar Ali Bhutto (that had come to power in 1971 on a socialist manifesto), began to cultivate close ties with oil-rich Gulf states and Saudi Arabia hoping to obtain from friendly Sultans and sheikhs a windfall of petro dollars that he needed to bolster Pakistan's economy.

One of the many maneuvers that the Bhutto regime took to attract Arab hand-outs was to invite the Sultans to hunt the Asian Bustard that were abundant in the vast arid lands of the Sindh, South Punjab and Baluchistan provinces of Pakistan. 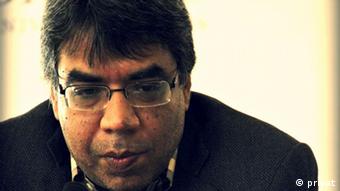 The Sultans were not disappointed. For a hefty fee they were given hunting permits by the government. They came with their falcons and other hunting paraphernalia and began to liberally hunt a bird whose meat they believed contained a potent aphrodisiac.

As the hunting trips of the rich Arab sheikhs grew, so too did the number of their palatial residences in various cities of Sindh and Punjab. Funded by the Arabs, these housed the hunters during their trips.

One such palace also sprouted up in the desert of Rahim Yar Khan.

The Emir of Abu Dhabi and the President of the UAE, Sheikh Ziyad, wanted to arrive directly to his favorite hunting ground in Rahim Yar Khan in his jet.

So in the late 1970s he shelled out a handsome sum of money to construct a modern airport in Rahim Yar Khan and a road that led directly to a palace built by him in the heart of the hunting area.

The practice of issuing hunting permits to wealthy Sultans and sheikhs of the UAE and Saudi Arabia continued even after the Bhutto regime was toppled in a reactionary military coup by General Zia ul-Haq in July 1977. In fact, the practice grew two-fold.

It wasn't until the early 1990s, when some local English dailies began to air the concerns of some Pakistani and international conservationists regarding the hunting of the Asian Bustards in Pakistan, that the issue really became public.

But, even so, their warnings that the bustards were being hunted to extinction in Pakistan were largely ignored.

The Arabs were tossing large sums of money into government coffers and also buying out members of the population in and around the hunting areas who too had begun to air their concerns, but were offered riyals and promised jobs in Dubai, Abu Dhabi and Saudi Arabia.

The government finally did impose a quota on the number of Asian Bustards that the Arabs were allowed to shoot, but the hunters often exceeded these.

Although voices against the practice did get a tad louder it took another decade before an Arab hunter faced a first major protest.

In January 2015, a Saudi prince, Fahid Bin Sultan, arrived in Pakistan with his entourage to hunt the bustards in the hilly deserts of Baluchistan.

The Asian Bustard in Pakistan had already been placed on the endangered species list, but the prince was given a free rein to shoot almost a hundred birds.

This time, however, not only the English press decried the practice, but also the populist Urdu print and electronic media. There was even a concentrated uproar in the social media.

More interesting, however, is the fact that the unprecedented outcry against bustard hunting by oil-rich Arabs turned into a symptom for another equally unprecedented (and more political) phenomenon:

Since the 1980s, oil-rich Gulf States and Saudi Arabia were often criticized by Pakistan's liberal intelligentsia for bankrolling various radical, sectarian and Islamist organizations in Pakistan bent on imposing the puritanical strand of Islam practiced by the Saudis and the Gulf States.

These accusations began to spill over into the populist media in the early 2000s as Pakistan began to face a serious terrorism threat after 9/11.

But it truly boiled over when the country and the media reacted angrily after armed religious fanatics attacked a school in Peshawar in December 2014. As a result, the military and the government pushed through powerful anti-terrorist legislation that also included a plan to block the funds arriving from Saudi Arabia and some Gulf States and landing in the hands of seminaries accused of fanning religious hatred.

The heated debate in the mainstream media when the Saudi prince arrived with his falcons was a reflection of how many Pakistanis saw the hunting trip as yet another example of the arrogance that the Saudis and the Gulf States have demonstrated for decades as they tried to drive a political and religious wedge through Pakistani society. The Asian Bustard, too, is now seen as one of the victims of this discord.

Nadeem Farooq Paracha - popularly known as NFP - is one of Pakistan's most famous satirists and cultural critics. Paracha will be writing regularly for DW English on Pakistani and South Asian politics, culture and arts, which you can read on our website www.dw.de and also on DW's Facebook and Twitter pages.

Opinion: Why the United States needs to stay in Afghanistan 7h ago

Opinion: Football — no coming home until there's a coming out 13h ago