Controversial author Salman Rushdie is delivering the opening address at the Frankfurt Book Fair. This year, the focus will be on Indonesia's women authors tackling taboo topics like sex and religion through their work. 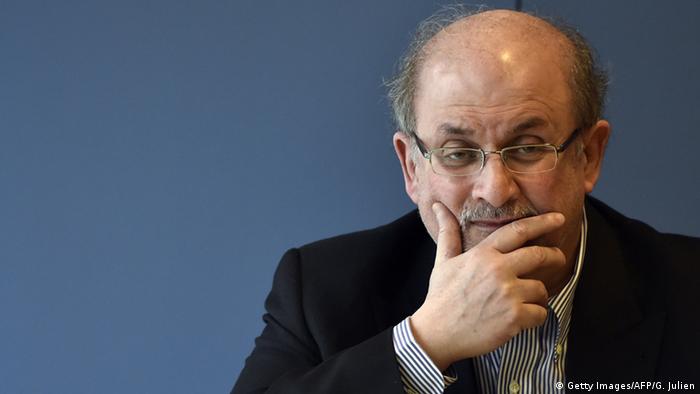 The world's largest trade fair for books opened on Tuesday. Kicking off the literary event was British-Indian author Salman Rushdie.

Shortly before appearing in Frankfurt, the British-Indian author spoke to Indian media, where he condemned recent attacks on rationalist authors by Hindu zealots. Prime Minister Narendra Modi's silence on the attacks and the lynching of a Muslim man for eating beef was permitting a new "degree of thuggish violence," Rushdie said.

Rushdie was banned from attending a literary festival in India last year after Muslim groups protested against his writings. He was forced into hiding after his book "The Satanic Verses" was published in 1988, prompting Ayatollah Ruholla Khomeini, Iran's supreme leader at the time, to issue a fatwa to kill the author the following year.

Last week, Iran backed out of the book fair after organizers revealed that Rushdie was going to speak, saying the organizers had "under the pretext of freedom of expression, invited a person who is hated in the Islamic world."

Freedom of expression 'a key theme'

However, the book fair's director Jürgen Boos justified Rushdie's presence saying, "We feel a strong politicization this year and freedom of expression will be a key theme."

Boos said this year's fair would "present a rich culture of one of the most populous and young countries of the world, of which only little is known in Germany. The 2015 book fair was focusing on Indonesia's women authors, who discussed taboos in their homeland. Around 70 writers from the country were traveling to Germany.

"This is a big opportunity for Indonesia," said 30-year-old Okky Madasari, whose works touch issues including discrimination against religious minorities in the Muslim-majority country.

Other authors included Ayu Utami, whose works deal with themes like infidelity and sexuality, and Leila Chudori, who writes on the military-backed massacres of 1965, when half a million communists were allegedly killed.

Altogether, 7,000 exhibitors from about 100 countries will display their collections at the five-day event.

Around 10 Iranian publishers will be participating in the world's largest book fair despite Iran's boycott. The book fair director said "freedom of the word is not negotiable" as Rushdie's book spurs new controversy. (12.10.2015)