Iran to boycott Frankfurt Book Fair because of Salman Rushdie 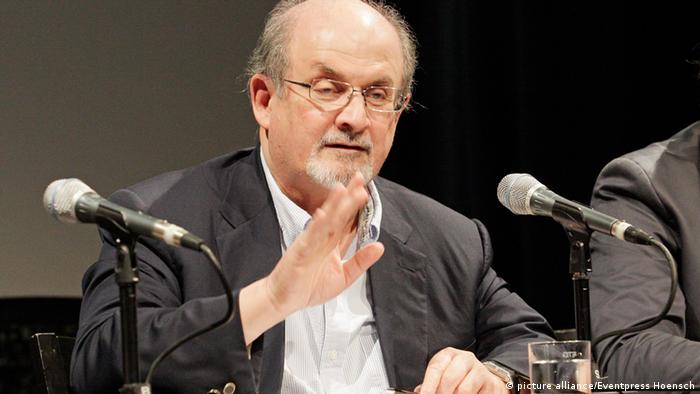 In a statement, the ministry said the fair had, "under the pretext of freedom of expression, invited a person who is hated in the Islamic world…" and that the Islamic republic "strongly protests" Rushdie's appearance as a guest speaker at one of the largest book fairs in the world.

Iran said the event's organizers had created an opportunity for one of the most hated people in the Islamic world to speak and called on other Islamic nations to join the boycott.

Salman Rushdie offers his own 1,001 nights

In his latest novel, "Two Years Eight Months and Twenty-Eight Days," Salman Rushdie shows once again that despite fatwas, he doesn't fear the confrontation between faith and reason. (22.09.2015)

Indian-born Briton Rushdie, who comes from a Muslim family but identifies as an atheist, has always been critical of the role of religion in society, making it a central theme in many of his books.

In 1989, Iran's then-Supreme Leader, Ayatollah Khomeini, issued a death warrant - or fatwa - on Rushdie after his fourth book, "The Satanic Verses" was published. It was issued because Iran took offense at what it called an "irreverent" and blasphemous depiction of the Prophet Muhammad in the book.

The fatwa forced Rushdie into hiding for many years and still stands today - although the constant security details once required by Rushdie are largely a thing of the past.

Rushdie, who now lives in the US, is to hold a speech at the opening news conference of the Frankfurt Book Fair on October 14.