World Water Council′s Braga: Water crises could be coming to your backyard | Environment | All topics from climate change to conservation | DW | 19.03.2018

World Water Council's Braga: Water crises could be coming to your backyard

Governments should increase resilience to cope with droughts and flooding due to climate change or else face water crises in the future, says World Water Council's Benedito Braga. 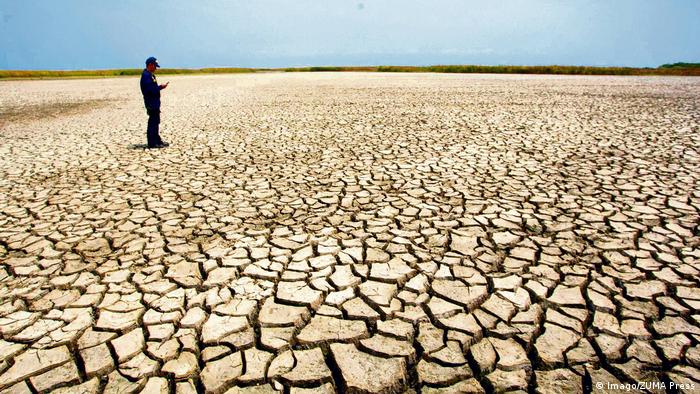 DW: What are the central topics being discussed at this 8th World Water Forum taking place in Brasilia March 18-23?

Benedito Braga: The main theme is "sharing waters" because we have more than 260 river basins that are shared by two or more countries.

But there are also half a dozen other topics that will be discussed, including climate change, the financing of water infrastructure, the issue of urbanization, how the water in the urban environment is managed, the ecosystems, the governance of water, the issue of water supply and sanitation, and the rights for people to have access to clean water and sanitation.

How many people around the world are lacking water security?

We have some information that around 1.5 billion people live in river basins that are stressed by insufficient supply. So it's a very, very high number of people that are impacted by water stress these days. 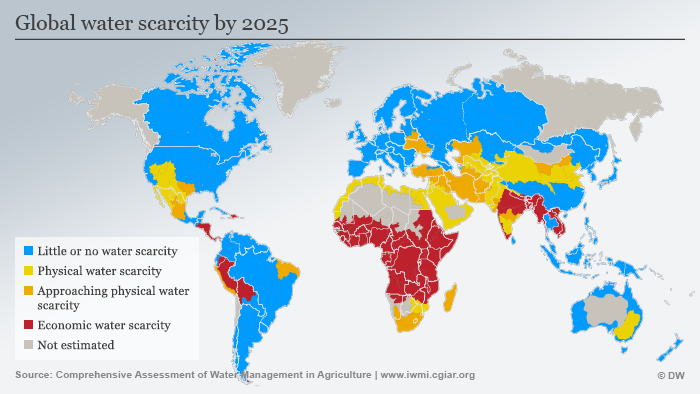 Which regions in the world experience the most water stress?

The traditional regions are in the Middle East where water is naturally scarce and you have a good number of people demanding water in these regions. But lately, we have been seeing in different parts of the world situations of water stress due to variability in the climate.

In Africa, we are we see situations in Kenya, South Africa; in the Americas, in the northeast of Brazil, in California; in Europe, in Portugal — Portugal is going through a very severe drought situation. So there are different parts of the world where this water stress is happening.

Let's stay in Europe for a moment. How does it compare here with other regions in the world?

Normally the more-developed countries have more opportunities, more possibilities than the poorer countries.

The situation is more complex in sub-Saharan Africa than in Europe. In Europe you have higher income, which is always easier to find alternatives, like for example, if necessary, desalination.

For example in Australia, when we went through the millennium drought in the years 2000 to 2010 and had almost 10 years of drought, they implemented some large desalination plants to cope with a very severe situation. In the less-developed countries, when water scarcity happens, the social impact is much bigger.

In 1995, the former World Bank Vice President Ismail Serageldin famously said that the wars of the next century will be about water. What is your take on this now, in 2018, well into the 21st century? 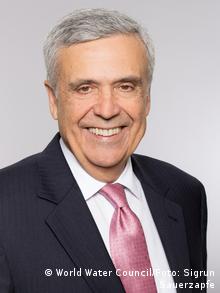 Sao Paulo went through a severe water crisis in recent years. Has anything changed as a result?

The metropolitan region of Sao Paulo went through a very severe drought in the year 2014-2015 — a drought that could not have been foreseen because it was so severe. The government of Sao Paulo started by developing infrastructure that was in the planning for 2020. So the state of Sao Paulo needs to increase its security by increasing the infrastructure.

What needs to happen in order to be able to respond to water crises?

Governments need to increase their capacity to adapt to climate change.

Most of the discussions that have happened in the past in the COPs, these conferences of parties on climate, have been focused on energy, on mitigation, on CO2-reduction. And actually the important problems related to climate change are directly related to adaptation. How do we adapt quickly to the changes in climate?

I think governments should be increasing their resilience by improving their infrastructure to cope with more variability in climate. Because the theory that goes with climate change is that we're going to have longer droughts and more intense floods. And in such a situation, it's necessary to store the water.

We talked about Sao Paolo, the water crisis in 2014-2015, but also other cities like Cape Town in South Africa may run out of water. Will we be seeing more cities face this stark reality more often in the future?

Based on the evidence around climate change, there is the possibility that more cities will be facing these kinds of problems in the future. So we have to be prepared. We have to see these cases that are happening today, and start providing more resilient infrastructure for the future.

This is a message that really we have been passing on via the World Water Council, the World Water Forums: the political class [has] to understand that in the future, the water crisis that was happening in a very distant place may be happening in his own backyard. We need to be more prepared for the future. No doubt about it.

Some scholars and NGOs have criticized the World Water Forum for prioritizing the interests of the private sector, like for companies and industrial suppliers, including promoting privatization of water resources. What's your response to this criticism?

This criticism is not correct because the World Water Forum is open to everybody to bring their own views. There is no preference to private or public. We have never taken any position of saying that the public is better or that the private is better.

Anyone can do a good service, the public or private, as long as the poor, the less fortunate, are served by a good water supply and sanitation company. 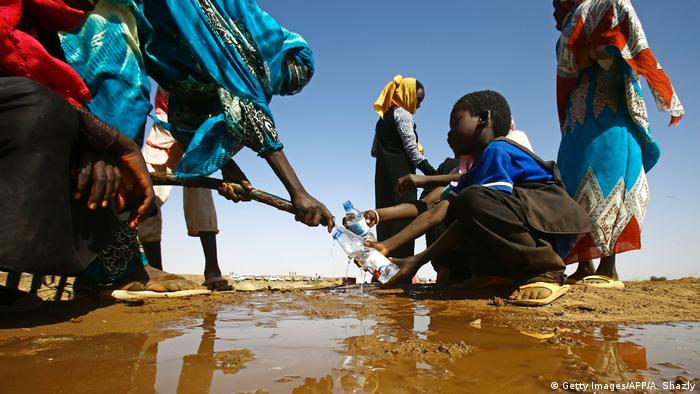 What I understand is the core of that criticism is that water is a basic human need and privatization puts a cost, a monetary value on that need. So I think that the basic problem is the criticism of the privatization of the resources that people depend on to survive. Do you not have a problem with that?

So it's up to the municipality to choose if they are going to have a public company or a private company to provide the service. And the World Water Forum is not pro-private or pro-public — each one has advantages and disadvantages.

Benedito Braga is the president of the World Water Council and the secretary of state for sanitation and water resources of the state of Sao Paulo, Brazil. The interview was conducted by Sonya Diehn.

Cape Town's water supply is running low. The city has introduced emergency restrictions and is threatening wasters with fines and court. But it needs a long-term solution to deal with future droughts, say experts. (31.03.2017)