Cape Town could run out of water by April

The South African city of Cape Town could soon dry up after dismal rainfall left city dams almost empty. Residents and visitors are being asked to restrict usage of water even further. 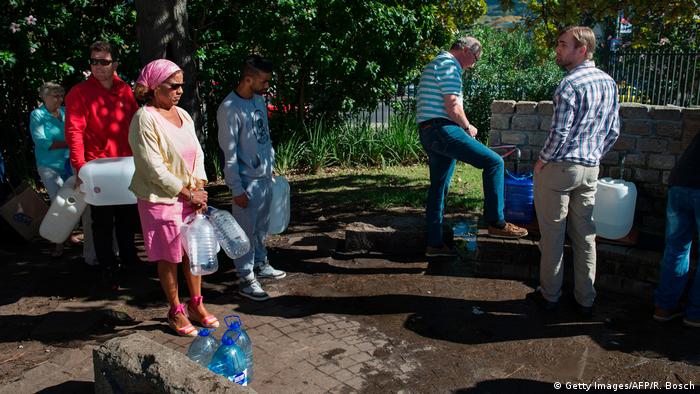 Cape Town is experiencing the worst drought to hit South Africa in decades. Located only a stone's throw away from both the Atlantic and the Indian Ocean, the city's water reserves can only last a few more months. April 21 is the date that city authorities have now named as "Day Zero," the day when the taps run dry.

"We have reached a point of no return," Cape Town mayor Patricia de Lille told residents. Strict water rationing was already implemented in October last year. From February 1, residents will now have to restrict their water usage to 50 liters (13 gallons) per person per day. 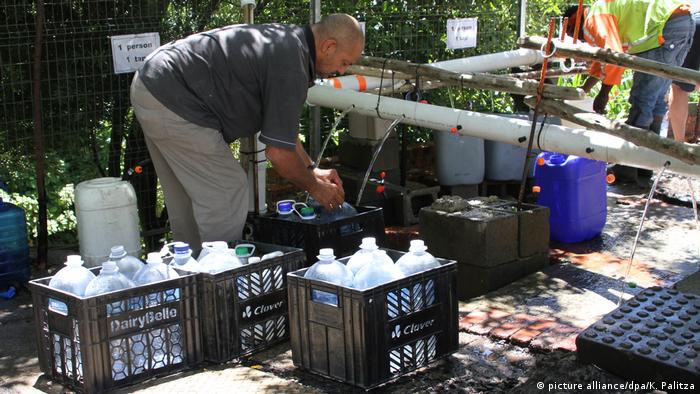 At the start of the year, Councilor Xanthea Limberg, a member of the city's mayoral committee for corporate services, said they had employed all water saving measures in the book.

"We did the public naming and shaming, where we identified the top 20,000 users, and we released the names of the top 100 users. Moving forward, we will continue with our enforcement activities by issuing fines and notices to appear in court, to sustain our water supply going forward," Limberg said. The restrictions are taking their toll on residents. Housewife and mother Lucy Mazwi said the shortage had made her rethink her daily routine.

"Whatever water I use in the washing machine, I use it for flushing [the toilet]. And when I wash my dishes in the morning, I keep that water so that I can clean the dishes again in the afternoon. I am just trying to save a little bit of water. As for the kids, they used to go for swimming lessons, but it's not happening anymore," she said.

Will the new restrictions help in the long run?

According to a study published on January 1 in Nature Climate Change, more than a quarter of Earth's land surface will become significantly drier, even if the global warming limit of 2 degrees, as laid down in the Paris Agreement, is reached.

Cape Town has been affected by a series of extreme weather patterns — from waves that were 8 meters (26 feet) high crashing against shorelines, to wildfires fanned by strong winds that killed seven people and destroyed property. But the biggest problem, for now, is the water shortage.

One of South Africa's leading environmental lawyers, Terry Winstanley, says the city is quickly running out of options.

"The prognosis long term is that the city can expect to receive less rainfall than it has historically. A possible other solution will be mobile desalination plants, which could address a short-term need," she said.

The Cape Town authorities are already preparing for the worst. Once "Day Zero" kicks in, there will be 200 water points stationed across the city. Each resident will receive 25 liters of water per day.

Cape Town's water supply is running low. The city has introduced emergency restrictions and is threatening wasters with fines and court. But it needs a long-term solution to deal with future droughts, say experts. (31.03.2017)