The United Nations predicts that half of this growth will take place in only nine countries, as the world is getting older overall. India is projected to become the world's most-populated country by 2027. 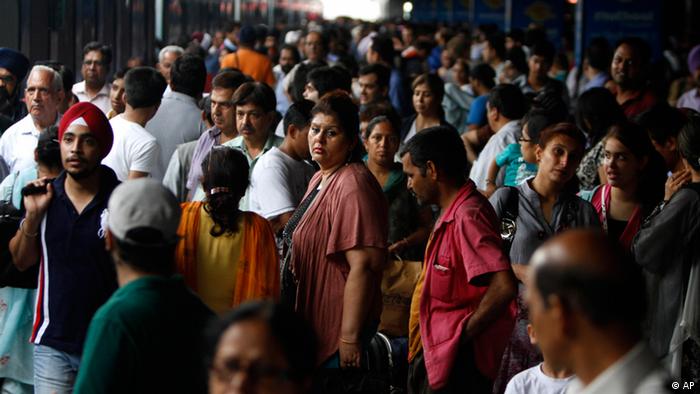 The report predicts that by 2050, more than half the world's population will be concentrated in India, Nigeria, Pakistan, the Democratic Republic of Congo, Ethiopia, Tanzania, Indonesia, Egypt and the United States. India is expected to overtake China as the world's most populous country by 2027. China is expected to see its population drop by 2.2% between 2019 and 2050.

The report recommended that countries adopt policies according to demographic projections, including assistance for children and the elderly, and employment and education opportunities for countries with a growing working-age population.

The report also predicted that the world population could peak at nearly 11 billion by 2100.

Opportunities and challenges of growth

The UN said that the world's 47 least-developed countries are among the fastest growing, and this burgeoning population will present challenges to sustainable development.

Lu Zhenmin, UN undersecretary-general for economic and social affairs, was quoted by the Associated Press as saying that "growth brings additional challenges" in the effort to eradicate poverty, promote gender equality and improve health care and education.

At the same time, lower fertility levels have increased the working-age population in developing parts of the world, including sub-Saharan Africa, parts of Asia, Latin America and the Caribbean. The UN said more working-age people could present these regions an opportunity for sustained growth.

"To benefit from this 'demographic dividend,' governments should invest in education and health, especially for young people, and create conditions conducive to sustained economic growth," the report said.

According to the report, Sub-Saharan Africa is expected to double its population by 2050, with a growth rate of 99%, adding 1 billion people.

According to the UN, in sub-Saharan Africa the fertility rate is currently 4.6 births for every woman, compared to 1.7 in Europe and North America. Although this number has dropped from 6.3 in 1990, it still remains the highest in the world.

However, there are major regional differences. According to a study by the Berlin Institute for Population and Development, countries in eastern Africa were better able to lower their fertility rates using a combination of education and contraception.

Education of women and their inclusion in the labor market were all shown to be factors in contributing to decreasing fertility rates.

As the population is projected to increase in some places, other parts of the world are getting older as life expectancy increases and fertility rates decrease.

In 2018, people aged 65 years and older globally outnumbered children under 5 years old for the first time in history. The projections show that there will be more than twice as many people older than 65 in 2050.

Ethiopia takes up the demographic challenge