The head of the International Monetary Fund has praised Asian nations for their efforts toward economic expansion and poverty reduction. But she warned that an increasingly aging population might become a huge obstacle. 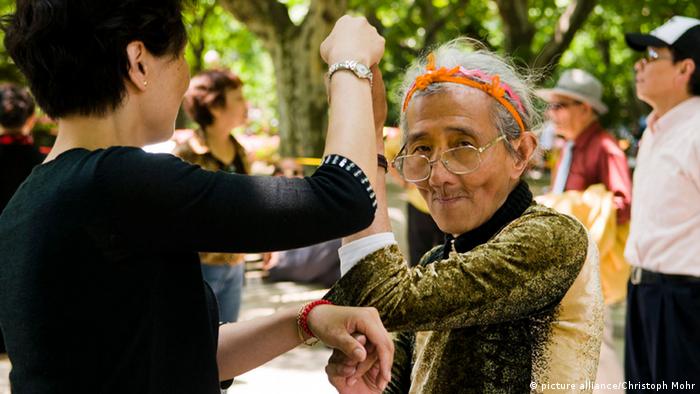 The chief of the International Monetary Fund, Christine Lagarde, said in a speech in Seoul Thursday that many Asian nations, above all China and India, had been driving the greatest poverty reduction in human history "by creating the world's largest middle classes" in a single generation.

Vietnam, she added, had moved from being one of the world's poorest nations to being a middle-income country.

Lagarde said Asia now saw the beginning of another economic transformation, with countries able to build on the progress made so far, while addressing new vulnerabilities.

She said current challenges included high corporate debt and the rise of protectionism, but also longer-term risks such as population aging.

Rich or old, or both?

Lagarde referred to studies showing that Asia's population was aging faster than anywhere else in the world.

Japan is forecast to become the first "ultra-aged" country, meaning 28 percent of inhabitants are 65 or older, while a fifth of the people in South Korea are expected to be 65 by 2030.

Rapidly aging countries including China and Thailand "will have smaller workforces in the future and potentially lower productivity growth," Lagarde warned.

"We estimate that these countries could face lower annual GDP growth by up to one percentage point.

China and Japan are the world's second- and third-largest economies respectively, and slower growth in these nations would have significant knock-on effects around the world.

Lagarde urged governments to adapt their migration policies to attract workers and called on Asian policymakers to "boost the proportion of women in the workforce" by better accommodating working mothers with more child care benefits and incentives for part-time work.

An earlier IMF report concluded that if that didn't happen, "parts of Asia risked becoming old before becoming rich."