The Chinese government has adopted a 'Made in China 2025' economic development strategy which is emerging as a huge risk to Germany's economic base, says economist Christian Rusche from the IW think tank in Cologne. 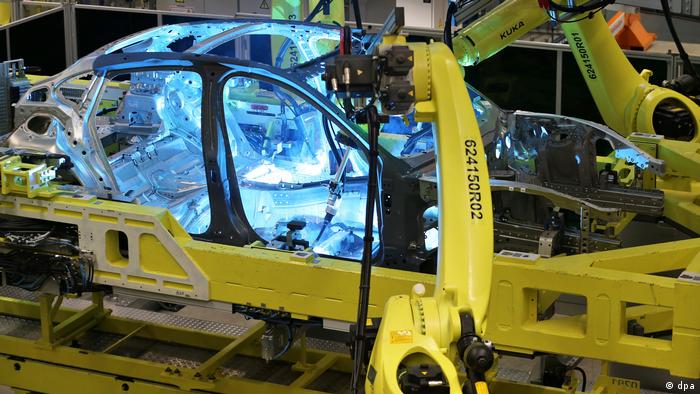 DW: Dr. Rusche, should German business leaders and politicians be worried about increasing competition from China?

Christian Rusche: Yes. With its 'Made in China 2025' program, China's economic development strategy for the manufacturing sector, the Chinese government has initiated something that could prove very dangerous for Germany's economy.

Launched in mid-2015, Made in China 2025 is a Chinese government program for generating major and sustained investment in various future-oriented sectors, and especially in automated industrial manufacturing processes, often referred to as Industry 4.0 technologies. This includes developing expertise at developing and building production machinery. This means China is taking aim directly at sectors which are core strengths of the Germany economy.

The Chinese want to go up the manufacturing value chain, and massively accelerate the modernization of Chinese industry. Industry 3.0 is automated manufacturing, so for example, robots in car factories can assemble cars automatically once the steps for doing so have been programmed into them. Industry 4.0 is a set of technologies for creating 'smart factories' in which the parts that need to be assembled and the assembly robots can independently communicate with each other, allowing things like automated just-in-time on-demand customized manufacturing and integrated, responsive, real-time automated supply chain management.

The Chinese government has a draft regulation requiring that no less than 8 percent of cars sold in 2018 must be electric or plug-in hybrid vehicles, and 12 percent by 2020. If electric cars are the future, as most analysts expect, does this mean China presents a global market threat to German car-makers?

Yes. Electromobility is not in itself central to the Made in China 2025 strategy, but Industry 4.0 technologies are highly relevant to car factories of the future, and the Chinese quota for EVs will force rapid development of the country's EV production capacity. German car-makers should bear this in mind as they consider their e-mobility investment strategies.

The top-down authoritarian structure of economic policy in China, and the massive use of subsidies for key industries, means that China is likely to develop a major overcapacity in production of industrial robots. This will tend to result in building too many factories, and that in turn means price-dumping on global markets will likely result. This may well affect global electric vehicle markets, among others.

That is indeed a serious risk. But it's not that the Chinese have decided they want to eliminate Germany as a competitor. It's more a matter of empowering China. Among the aims of 'Made in China 2025' is import substitution, i.e. the Chinese government wants the country to develop key high technologies domestically, and not be dependent on foreign input.

If you want to learn more, the Mercator Institute in December 2016 published a very useful report entitled 'Made in China 2025: The making of a high-tech superpower and the consequences for industrial countries.' The report's authors having read Chinese documents describing in the original, documents that describe the aims of the 'Made in China 2025' strategy.

Does Germany need a counter-strategy? And if yes, what should the key elements of that strategy be?

We can't stop China doing what it's going to do. Among the things the German government or Western governments in general could do in response would be impose punitive tariffs against dumping, but this always involves a risk of retaliation. Closing off European markets to Chinese goods is unlikely to work well, because sheltering European companies from Chinese price pressure would only improve the latter's price advantages on global markets in the medium term.

The main strategy German industry has applied so far, vis-à-vis Chinese competition, is to stay a step ahead in terms of technology and quality. It should continue to try to do that, but it may get more difficult in future.

Another comparative advantage Germany could try to maintain is superior infrastructure. The German government should invest heavily in updating and improving Germany's infrastructure, to make made-in-Germany production lines more attractive.

A third strategic element is for German makers of machines and production systems to offer premium-quality comprehensive packages comprising not only automated machines, but also remote operation and servicing of those machines. 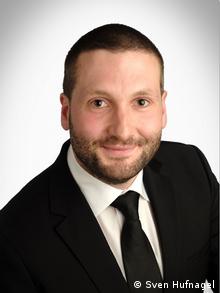 Dr. Christian Rusche is an economist at the Cologne Institute for Economic Research

In general, it will be difficult for Germany to compete with sectors in which China invests heavily. China has much lower labor costs and a much bigger workforce, and it has the ability to flood money into a sector using direct or indirect government subsidies until it dominates the sector, like it did with photovoltaic panel production.

Germany may remain viable as a high-technology research and development hub, as a service hub, and as a logistics hub for distributing products throughout northern Europe – including imported Chinese products. Some products, including big, heavy equipment whose transport costs are very high, for example wind turbines, may continue to be produced in Europe. And there will probably be various niche markets and specialized technologies that German companies will continue to dominate.

If cheaper labor costs and lower standards of worker welfare are part of China's advantage, should Europe be pushing China to improve its labor standards and its pay and benefits for workers to reduce that advantage?

In principle yes, but it's hard to see how that could be achieved. So far, labor standards have not been incorporated in World Trade Organization rules in a serious way.

Dr. Christian Rusche is an economist at the Cologne Institute for Economic Research (IW). He has written a number of reports on China's economy, including 'Activities of Chinese Investors in Germany.'