Words that came from the Nazis — and others that surprisingly didn't

Beyond the well-documented vocabulary of the Nazis' racist ideology, author Matthias Heine explores in his book other terms that also emerged during that era. Germany's popular "one-pot meal" is surprisingly among them. 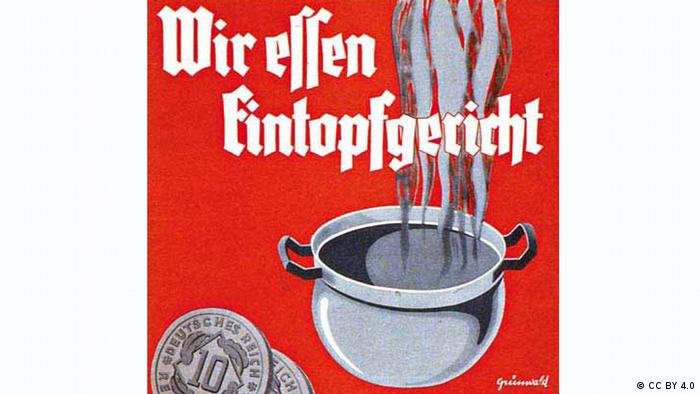 Journalist and author Matthias Heine looked into the history of 87 loaded terms and expressions that are still used in everyday conversation for his book Verbrannte Wörter: Wo wir noch sprechen wie die Nazis — und wo nicht (Burned words: Where we still talk like the Nazis — and where we don't).

While some of the worst terms, such as "Rassenschande" (racial disgrace), have already practically disappeared from the German vocabulary by now, other words from the Nazi era are still used despite their loaded meaning, the author told DW.

Heine points out one famous example from last year, when a journalist from the weekly Der Spiegel wrote in a daily newsletter that "Germany's foreign policy should no longer give a preferential treatment to Israel." Her use of the term "Sonderbehandlung" to describe that special treatment triggered controversy, since it is well known that the word was a Nazi euphemism for mass murder, first used as a code for the killing of mentally ill and disabled patients in hospitals, and later in gas chambers as well. 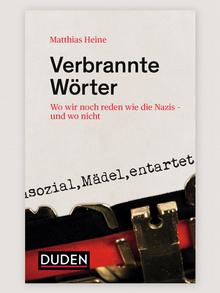 The 'comrades of the party'

Although it's not as loaded, "Parteigenosse" (party comrade) is another term that emerged during the Nazi era. As the single party in power, the National Socialists introduced the expression as a slightly modified version of "Genosse," or comrade, which is often used among left-wing parties and activists.

Shortly after 1945, politicians such as Willy Brandt, Erich Ollenhauer or Kurt Schumacher would probably never have referred to other members of the Social Democratic Party (SPD) as "party comrades," says Matthias Heine, because everyone still had the origin of the word fresh in mind.

Meanwhile, SPD politicians have started addressing each other as "party comrades" again, "which is somewhat ironic," adds the author.

Earlier standard works, such as Victor Klemperer's The Language of the Third Reich (1947), Wilhelm Emanuel Süskind's Aus dem Wörterbuch des Unmenschen (From the dictionary of the barbarians; 1968) and Cornelia Schmitz-Berning's Vokabular des Nationalsozialismus (Vocabulary of National Socialism; 2000), have well documented how Hitler's propaganda altered the German language and how these terms contributed to the Nazis' systematic mass murders.

Heine's selection of words includes terms that don't necessarily have a racist connotation. He mentions, for instance, "Groschengrab," literally the penny grave, a now outdated term that's sometimes ironically used to describe a coin-operated machine or a money pit. The word emerged under the National Socialists to encourage the population to save money.

Another concept that has largely lost its Third Reich associations is "Eintopf" (a stew, literally "one pot"). The word didn't exist before 1930 but officially started appearing a few years later, as part of a Nazi campaign to encourage German families to save money by cooking one-pot meals (as shown in the top picture).

"I found such words often more interesting to explore, since we all know by now what to think of terms such as 'arisch' (Aryan), 'Rassenschande' (racial disgrace) or 'Untermensch' (subhuman)," Heine says. 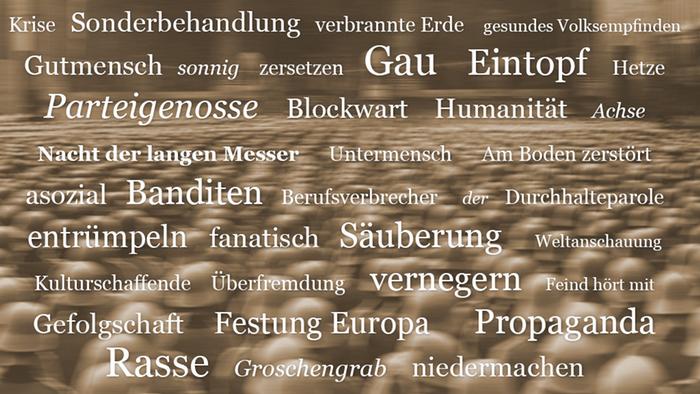 A selection of words that appear in Heine's book

One of the perhaps more surprising words on Heine's list is the German article "der." The Nazis typically used it to describe a collectivity in the singular form — for example, "der Jude" (the Jew), "der Russe" (the Russian), "der Engländer" (the English), he explains.

"Der Deutsche," or the German, obviously always had a positive connotation, but apart from that, "When a group was described as an entity using that singular article, you knew that they were threatened," the author says. That approach aimed to eliminate individuality and to dehumanize opponents as entire groups.

On the other hand, the book also identified German expressions that existed before the 1930s and that are commonly believed to stem from the Nazis. For example, "Bis zur Vergasung" (until gasification) didn't have anything to do with gas chambers; its use is documented before they were built. It rather emerged through students' talk, influenced by their chemistry lessons, just like we'd talk about "ebullition" to describe a violent outburst of emotion. 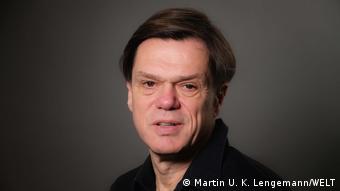 Nevertheless, Heine — who provides in his book recommendations as to whether a term should still be used today or not — feels this expression should be kept on the index because of the associations it suggests.

The goal of the author is to sensitize people to the historical connotations of certain words. Although expressions like "Lügenpresse" (lying press), "Staatsfunk" (state radio) and "Schuldkult" (guilt cult) were not coined by the Nazis themselves, they were also used by them and play a major role in the current vocabulary of far-right populists, which is why their meaning and origins should be clear to all.

A person using these words isn't automatically a far-right populist or a Nazi, according to the author, but "if you meet someone on the train who uses one of these words in every sentence, then the probability that he is a right-wing populist is relatively high," says Heine. "And if you use over 80 of these words actively in your vocabulary, then you may actually be a Nazi — or at least you shouldn't be surprised if other people think you are."

The term, first used by US President Donald Trump's White House team, beat out other offensive terms like "babycaust." The "non-word of the year" aims to raise critical awareness and combat abuse of human dignity. (15.01.2018)

A recent report has shown most journalists are attacked while photographing, filming or holding cameras. Much of Germany's violence against the press happens in the east and most perpetrators lean to the far-right. (20.09.2018)