"Gutmensch," an overly politically correct person, has been named Germany's buzzword of the year 2015. The award pinpoints an awkward or controversial term that has shaped public discourse. 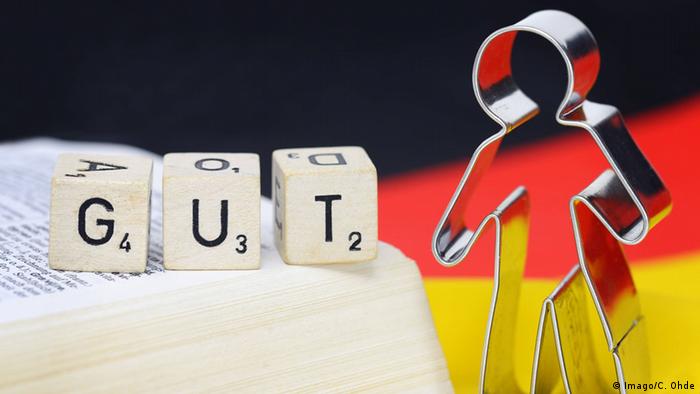 A jury of linguists, journalists and authors in Darmstadt have selected a term each year since 1991 which is omniscient in the press and often ungainly or unwelcome.

"Gutmensch" - often translated into English as "do-gooder" - was selected because, in connection with the current refugee crisis in Germany, it defames "tolerance and helpfulness as naïve, dumb and worldly innocent, as having a helper syndrome or as moral imperialism," the jury president, linguist Nina Janich, told the press.

The term was often used pejoratively to describe those people who cheerfully welcomed migrants to Germany without considering any of the potential costs or drawbacks.

Immigration has long been a hot topic

With the refugee crisis and Germany's welcoming policies dominating headlines and public discourse this past year, it was expected that the "Unwort" would have a connection with this issue. In mid-December, "Refugees" was named Germany's Word of the Year 2015.

Last year's non-word of the year was "Lügenpresse," or "liar press." The expression was popular at the time among supporters of the German anti-Islamization movement "Patriotic Europeans against the Islamization of the West," or PEGIDA.

PEGIDA used the term in its weekly rallies that started in October 2014, asserting that the mainstream media were liars and biased in their reporting about PEGIDA and issues that concern the movement, such as immigration.

The 2013 "Unwort" of the year was "Sozialtourismus," which can refer to tourists who take a particularly ecologically friendly approach to their travel plans. But it was also used at the time with a strong dose of cynicism to refer to unwanted immigrants who come to Germany because of its generous welfare benefits.

The very first non-word of the year, selected 25 years ago, was "ausländerfrei" (foreigner-free).

A jury of linguists, journalists and authors have selected 'liar press' as the 'Unwort des Jahres,' or 'German buzzword of the year.' The award draws attention to an unwelcome term widely used in public discourse. (13.01.2015)