Each year, a jury of independent cultural representatives takes society to task. They find a word that is both detrimental to the German language and a sign of disrespect. This year? Sozialtourismus. 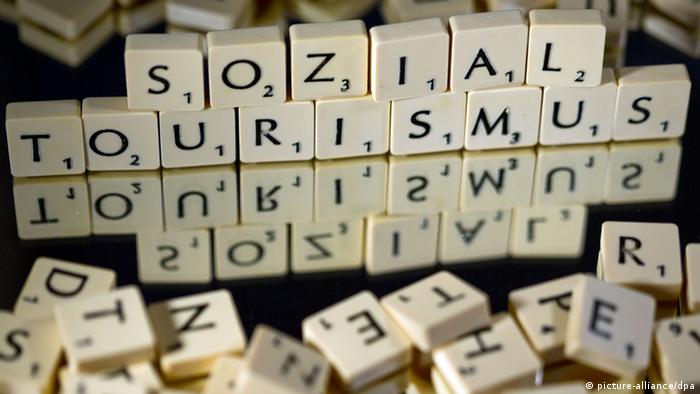 Sozialtourismus can refer to tourists who take a particularly ecologically friendly approach to their travel plans. But the second meaning is more relevant to its coronation as Unwort des Jahres, or "non-word" of the year. Sozialtourismus is also used with a strong dose of cynicism to refer to unwanted immigrants from eastern Europe that come to Germany. The use of the word presumes that the immigrants merely come in search of social benefits.

The combination of "social" and "tourism" was particularly polemic because it trivialized immigration that occurs due to severe human need and obscured people's right to emigrate, commented jury spokeswoman Nina Janich.

Every year since 1991, an independent jury of four linguists, a journalist and a rotating representative from the culture and media sectors selects a "non-word." The chosen term not only reflects the less attractive side of the country's zeitgeist, but is also meant to tackle the words that are brought to life or manipulated by the media, but aren't necessarily linguistically or socially sound.

This year, renowned writer Ingo Schulze participated in the jury, whose members volunteer their time and are not associated with a particular university or organization.

Previous winners include Opfer-Abo (2012) and Döner-Morde (2011). Döner-Morde, or "Döner murders," was used by German police and media over several years to refer to a series of murders involving victims of Turkish and Greek origin. The jury said the term trivialized the murders and discriminated against the victims.

Opfer-Abo was used by celebrity weatherman Jörg Kachelmann in several interviews to describe the way in which women in German society could further their own interests by making false accusations - including the charge of rape - against men.

Get your swag on with Germany's youth

From YOLO to Yallah, Germany's teens borrow words from other languages to make sure their parents and teachers don't understand. Now they're going beyond English and adapting terms from Arabic and Turkish. (13.12.2013)

Germany announces (#) Word of the Year

The official Society for the German Language in Wiesbaden has decided. The German Word of the Year - drum roll, please - is GroKo. How telling that it's not exactly a word, but an abbreviation with a hashtag. (13.12.2013)

A strange video is spreading on Telegram and Twitter: Hospice residents in Germany are allegedly getting tattoos of Putin to take him to his death as "living voodoo dolls." The whole thing is a fake.