From "döner murders" to "moors' heads," German is full of discriminatory terms. Each year, a jury of prominent linguists announces the "Faux Pas Word of the Year" - but there is no shortage to choose from. 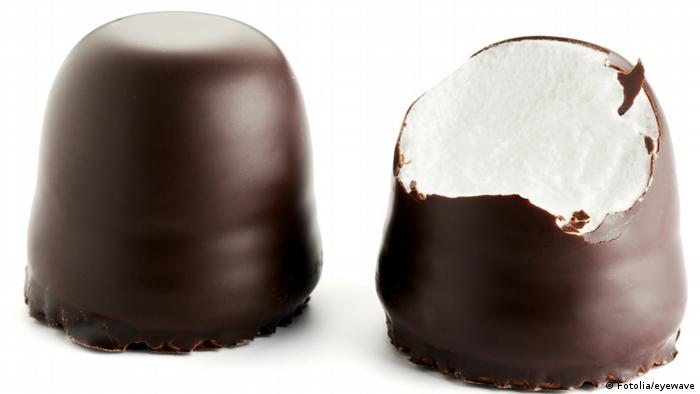 The Unwort des Jahres, or "German Faux Pas Word of the Year," was established to encourage people to take a more critical look at the language they use. This year, Opfer-Abo, literally "victim subscription," was announced as the winner - or loser in this case.

The term was used by celebrity weatherman Jörg Kachelmann in several interviews to describe the way in which women in German society could further their own interests by making false accusations - including the charge of rape - against men. Kachelmann had been accused by his ex-girlfriend of raping her. Though he was later acquitted in court, the accusation destroyed his reputation.

The Unwort des Jahres jury of prominent linguists, nonetheless, said that the phrase was unacceptable in that it generalized all women as "inventing sex crimes" and infringed upon the human dignity of true victims of sexual assault. In Germany, only five to eight percent of women who are raped report it to the police, whereby just three to four percent of cases go to court. 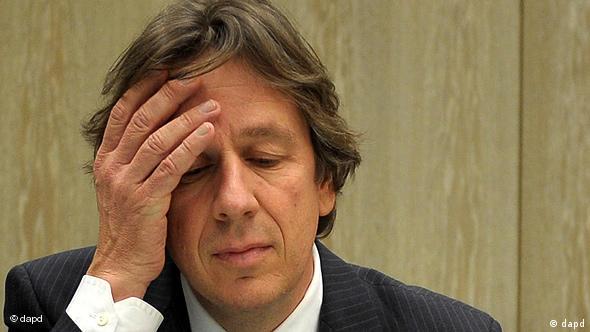 But "Opfer-Abo" is not an isolated case. The German language is littered with what some people view as derogatory or discriminatory words - it's just that the majority doesn't see it that way.

A contestant on the popular TV show Germanys Next Top Model was praised by another candidate for being "racy" - in reference to her Afghani roots. It was likely a poor translation of the German word "rassig," which has nothing to do with race but everything to do with sensuality.

In pubs across Bavaria, people order "Negroes" or "Russians," and receive a wheat beer mixed with cola or lemonade. A traditional restaurant in Kiel is proudly called Zum Mohrenkopf, which translates as The Moor's Head.

Words such as "negro" and "Moor" have been disdained by the politically correct crowd for years. But "negro kisses" or "Moor heads," a German adaptation from the French tête de nègre, or "negro head" - referring to candies made from marshmallows, chocolate and wafers - remain firm favorites at children's birthday parties.

That's the reason why language researcher Bernd Müller-Jaquier believes they are still used in everyday conversation. "If I say I'd like a Moor head, I'll have the chance of getting a chocolate marshmallow," he explained, adding that the user of the term may not necessarily be racist, but that the intention of the speaker plays a more decisive role.

Liriam Sponholz, an academic fellow at the Faculty for Media and Communication Studies at the University of Erfurt, says that language only discriminates when it categorizes, degrades or differentiates where no real difference exists.

Not all racist terms appear to be racist at first glance, said Sponholz, adding that they can be used in a racist way without the user knowing it. Every term which categorizes is, in principle, suspect: "For example, Kopftuchmädchen (headscarf girls)." The term categorizes, degrades, and insinuates a difference between girls who wear headscarves and those who do not.

Care must be taken concerning the function of language, Sponholz said. But it quickly becomes clear that numerous apparently harmless words are actually quite dubious. 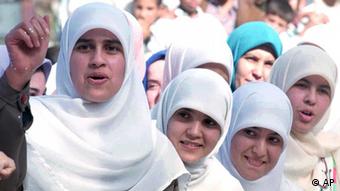 "Headscarf girls"? Language can be most discriminatory when it puts people in boxes

Julia Bayer, an ethnologist and lecturer at the University of Munich, has observed that forms of subtle discrimination occur in describing individuals who are supposedly different. Terms such as "natives," "indigenous" and "primitive" apply to people who live "far from civilization" and, "like in the Stone Ages," are used not only between friends, but in major national newspapers. All of these terms can make foreigners appear more exotic or interesting - but don't address them as equals.

"An old colonial idea of a white 'race' which is superior to all others comes into play," said Bayer. The terms are not only scientifically incorrect and obsolete, but often transmit false associations, he claims.

Julia Bayer quoted an example from the book "Africa and the German Language" by Susan Arndt and Antje Hornscheid. "Close your eyes, imagine a 'chief,' and say what you see. I see an Indian with feather jewelry, or wearing a loincloth, but these terms are problematic in themselves. Do the same experiment with another term, 'leading politician.' Then it is clear exactly how much a term is bound with an image, and images are transmitted with the terms. In that sense, no term is innocent," said Bayer.

Is the use of such words simply carelessness, or is there something more sinister at play? For Julia Bayer, the terms indicate more about the person using them than the people they are used to describe. "The so-called 'other' has always had a place in European imagination of foreign lands, which often has relatively little to do with how the life of the 'other' really is."

Terms such as "the Orient" or "oriental" are regularly applied to anything and everything considered "non-Western" - from music and fashion to art and cuisine. But do we ever stop to think what "oriental" really refers to? And when we say "world music," what do we actually mean? Isn't all music by definition "world music"?

People may be intellectually aware that these are stereotypes, but they are firmly ingrained in our consciousness. When we talk about "chiefs" or "natives," who live "like in the Stone Ages," we awaken the associations we learned as children - associations which are often completely false and discriminatory. When we think about "indigenous people," we don't imagine them using a laptop, at a conference or in parliament - even though that is the reality. 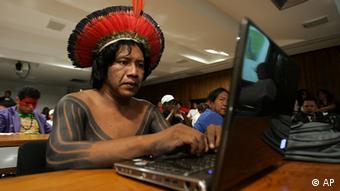 But Müller-Jacquier, Sponholz and Bayer don't believe that banning or replacing such words would change people's attitudes. If people are defined simply by their ethnic background, it won't help to say "immigrant" rather than "guest worker," said Bayer.

A good rule to abide by, according to Müller-Jacquier, is for people to acquaint themselves with the terms certain groups use to describe themselves. That means "Roma" instead of "gypsies," and "Sami" instead of "Laplanders" for indigenous Scandinavians. That means apparently harmless terms such as "Eskimo" will also be eradicated. Eskimo is commonly used to describe various ethnic groups in the region between Greenland, Canada and Siberia - but the people in that region don't like it. "Inuit" is more politically correct, even if not everyone is entirely happy with that either.

Culturally-sensitive language is possible when people simply stop exoticizing and over-simplifying. At least some progress has been made, though "Döner murders" was the term used to describe a series of nine killings carried out by a neo-Nazi group in Germany between the years 2000 and 2006. All of the victims came from minority backgrounds and two of them ran fast-food restaurants selling - among other things - döner kebabs. The term was crowned German Faux Pas Word of the Year 2011.