A Berlin theater has unintentionally set off a heated debate by painting a white man black to play an African-American. The debate questions artistic boundaries - and the state of racism in Germany. 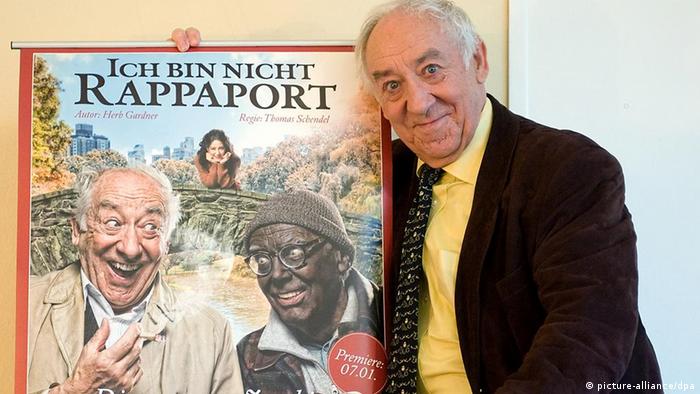 "Take it off the program!" and "This discussion is more than embarrassing, it's unnecessary and takes us back to the Middle Ages" - director Dieter Hallervorden's production of the US tragic comedy "I'm not Rappaport" at Berlin's Schlosspark Theater has certainly triggered a fierce dispute on the internet about blackfacing - a form of theatrical make-up.

Thousands of people have posted comments on the theater's Facebook page over the past few days.

The mud-slinging runs from, "If they choose to use old-fashioned, discriminating methods, they can be sure of a lot of media reaction but have to live with harsh criticism" to shrugging off those accusations as "die-hard claptrap."

The Berlin theater has rejected accusations of racism and said "I'm not Rappaport" will not be taken off the program.

"We never intended to offend anyone," Hallervorden, the popular German comedian who runs Schlosspark Theater, said. "The play is against racism and so are we.

"Why is that a problem in 2012 when it wasn't before?" Hallervorden added.

"I'm not Rappaport," by American playwright Herb Gardner, won the coveted Tony Award in 1986. Set in New York City, it portrays the friendship of two elderly men - one Jewish, the other African-American.

The work has been staged at about 40 German theaters since its premiere in 1987, and the role of the African American man was only played twice by a black actor. "You can't just dismiss the accusation of racism by saying there were similar incidents in Stuttgart or Braunschweig and 'I don't understand why you're making this fuss now,'" said Peggy Piesche, a visiting instructor and expert in minorities studies at New York's Hamilton College, in an interview with Deutsche Welle.

"Because in doing that Hallervorden's assuming a privilege - that is, the privilege to define what matters and when an argument counts," Piesche said, "and to say 'since you didn't object three years ago, it dismisses your objection now,' is not okay, but Hallervorden doesn't understand that."

Hallervorden said the theater couldn't find a black actor to fit the role of the 80-year-old African-American in the script, and so decided to use black make-up on the white actor.

But critics are up in arms. They have compared the theater's decision to the minstrel shows popular in the US in the early 20th century, where white actors, their faces painted black with soot or shoe polish, played eternally jolly but foolish African-Americans.

Tahir Della, a spokesman for the Initiative for Black Germans (ISD), said people in Germany are quick to dismiss the feelings of black people, and to presume racism is a US phenomenon. "Instead of being open to criticism and talking to the people, the theater says such 'techniques' have no racist tradition in Germany - so they can't be racist," he said and added the question remains: Why isn't there a black actor on the stage?

Not everything has to be authentic on stage, countered Ulrich Khuon, the director of Deutsches Theater Berlin. Look at the poster advertising the play, he told German radio, and you'll see the black-face analogy doesn't work: "The white guy on the poster, Dieter Hallervorden, doesn't look superior at all - they're just two funny characters." 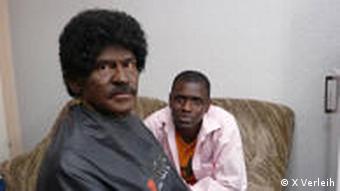 Günter Wallraff painted himself black for the documentary 'Black on White'

Others have not seen any humour in Hallervorden's production and according to the US-based academic Peggy Piesche, the online debate is in danger of being hijacked by the right-wing.

"The online discussions in the last 72 hours have become shockingly right-wing and what it shows is that it's acceptable to get this kind of support," said Piesche.

The discussion is not new. In 2009, there was a mixed reaction to an undercover report by Günter Wallraff addressing the issue of latent racism in Germany. Accompanied by an undercover camera team, the controversial journalist had for months traveled across Germany posing as a dark-skinned Somalian.

More recently, US playwright Bruce Norris withdrew the performance rights for Deutsches Theater in Berlin to stage his Pulitzer Prize-winning "Clybourne Park," which was to premiere next week. The theater had cast a white actress in the role of an African-American woman.

Embattled German President Christian Wulff has used his annual Christmas address to call for an end to xenophobia, but made no further comment on the ongoing scandal over his private finances. (24.12.2011)

Even Germans with an immigrant background have to cope with the threat of racism. Foreign names or physical attribute can be enough to lead to discrimination at work and in public. (29.12.2011)