Even Germans with an immigrant background have to cope with the threat of racism. Foreign names or physical attribute can be enough to lead to discrimination at work and in public. 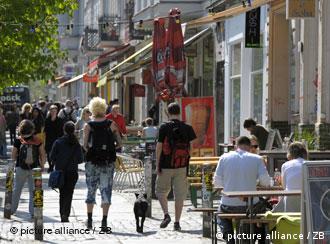 Can you spot the German?

Christian Keller had never been aware of the feeling of blending in until one day towards the end of his degree in economics. He was conducting fieldwork in the Philippines when he took a ride on a Jeepney - a typical Filipino bus - and suddenly realized that the other passengers were not paying him any particular notice.

"It was strangely moving to realize that for once I wasn't conspicuous," the German of Filipino descent told Deutsche Welle. But it he added it was a sad realization because it made him understand the burden he'd been carrying around for the past 30 years.

Keller, who lives in Berlin, has accustomed to the often irritating and offensive way he is treated, and on the whole he said he is able to shrug off insults hurled at him. One day when he was walking across the market square of a southern German city with his blonde daughter, an older woman asked her companion whether dark-skinned Keller could really be the father of the fair child.

Keller laughs when he tells the story, but there are limits to what he is prepared to put up with.

"In eastern Germany a person with a shaved head shouted, 'Just look at that flip!' I'm never going back there with my wife and children," Keller said.

Constantly on the look-out for potential threats

As a muscular former football player who used to practice martial arts, Keller is not afraid for himself. He exudes self-confidence and strength and most people would think twice before crossing him. But he admitted that he is constantly on the look-out for potential threats, particularly when out with his family. 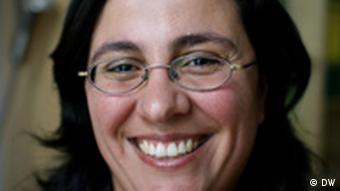 Acceptance does not depend only on success, Yigit said

He said it is exhausting to always be on guard, and that he has had enough of it. According to the German Constitution, there are two ways to acquire the German nationality: by birth or through naturalization. Since all citizens are entitled to the same rights, appearance and origin - including that of one's parents and grandparents - should be irrelevant. But there's often a gap between theory and reality

There are German success stories, such as that of liberal democrat politician Philipp Rösler, who was born in Vietnam, adopted by a German couple and is now the deputy chancellor of the country and a leader of the business friendly, free-market liberal FDP political party.

Another example is Aygül Özkan, who was born in Hamburg to Turkish parents and is now integration and family minister in the northern German state of Lower Saxony. Both of the politicians have earned a lot of respect, because they made it - against the odds.

Having a German name can make life a lot easier. Keller said he never experienced discrimination or racism when he applied for jobs or made phone calls in order to view an apartment - a fact he attributed to having the "right name."

"It's not uncommon for foreign-sounding applicants' documents to be put to one side," Nuran Yigit from the anti-discrimination network Berlin (ADNB) told Deutsche Welle.

The Institute for the Study of Labor (IZA) corroborated Yigit's view. In order to research the phenomenon, the institute sent applications for internships to various organizations, only to discover that fictitious applicants with Turkish-sounding names were 14 percent less likely to be offered an internship than those with German-sounding names and the same qualifications. 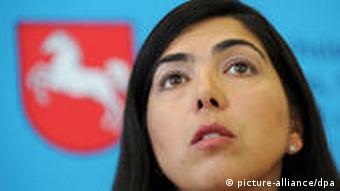 Aygül Özkan is a state minister for integration and family affairs

"There is a tacit promise in Germany that in order to be part to the German society, all you have to do is try hard and get the right degrees," said Yigit, who has spent the last eight years working on cases of discrimination. "That's just a lie."

Yigit's colleague Serdar Yazat has been turned away from several bars and clubs in Berlin on grounds of skin color.

"We sent a group of southern-looking young men to one club, but the bouncer claimed the club was full," Yazat said. “Yet when a more central European looking group of young men showed up a bit later, they had no problems getting inside."

"Your German is pretty good"

Experts call it "discrimination with a smile" when describing the practice of gently fobbing off those who don't typically look like they fit in. They might be given a paltry, but friendly excuse such as "the flat is no longer available," or "the restaurant is closed for to a private function" or "the hostel is fully booked."

But there is also the daily discrimination that is intended to be friendly. "Your German is pretty good," is actually an insult for many fully integrated Germans, born and raised in the country but deemed "pretty good" because they don't fit another person's definition of what a German looks like.

Michael Favre, whose parents are from the French Caribbean island of Martinique, said he is sick of hearing how well "blacks" move. "A couple of days ago someone complimented me on how well I move, while all I was doing was trying to squeeze through two shelves in our storage room."

According to a law passed in 2006, anyone who has experienced discrimination can file a complaint with the advisory board of the ADNB or other similar organizations, and the perpetrator can be ordered to pay a fine. But not many people are aware of this option.

An exhibition in Berlin featuring the work of Roma and Sinti artists aims to raise awareness about a segregated people, who continue to face discrimination. "Reconsidering Roma" runs until December 11. (28.11.2011)

In a shocking report, a government commission has found that bigoted Jewish stereotypes are still entrenched in German society. It has claimed that discrimination is an everyday experience for many German Jews. (11.11.2011)

The UN is holding its third Durban Conference against Racism. In Germany, where all citizens are equal in the eyes of the law, campaigners say greater effort is needed to help victims of discrimination. (22.09.2011)