The road to the 2023 women's World Cup will begin in September with Germany up against Portugal, Serbia, Israel, Turkey and Bulgaria. Games will take place either side of next year's delayed European Championship. 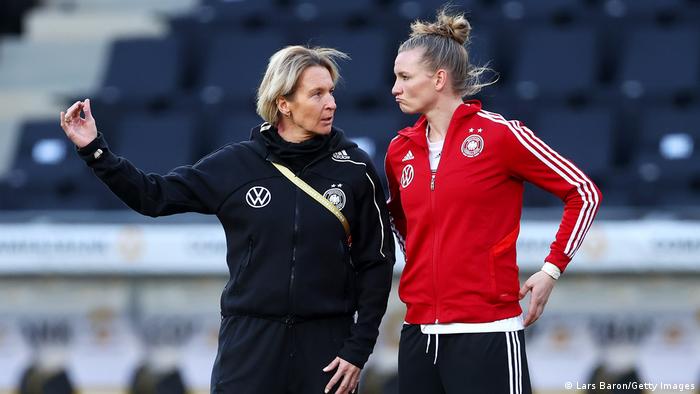 Germany have a tricky-looking group as they bid to qualify for the 2023 women's World Cup in Australia and New Zealand.

The two-time winners will face Portugal, Serbia, Israel, Turkey and Bulgaria in Group H between September this year and September 2022.

The winners of the nine European groups qualify directly. The runners-up will take part in playoffs in October 2022 for the remaining two direct spots. The third-best playoff winner will enter the inter-confederation playoffs.

Next July's European Championship will be sandwiched between World Cup qualifying. This is because the women's event was put back a year when the men's version and the Tokyo Olympics had to be postponed from 2020 until 2021 because of the coronavirus.

Germany, who won the world title in 2003 and 2007, are the favorites in the group with none of the others having won international titles. But coach Martina Voss-Tecklenburg will be wary with Portugal at their highest-ever world ranking of 29.