Freiburg had failed to win a point all season but once again they have put a serious dent in Wolfsburg's title hopes after a draw on Saturday. Elsewhere in women's football, there are disturbing allegations in the NWSL. 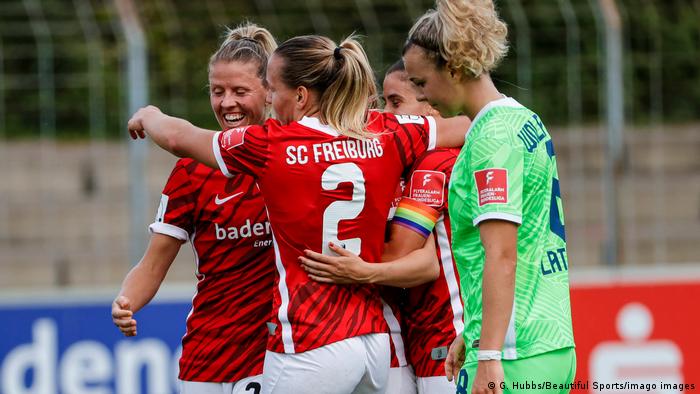 Wolfsburg lost their perfect start to the season on Saturday

With Bayern Munich and Wolfsburg seemingly a class above the rest of the league, every point really counts. Last season, Wolfsburg relinquished their crown after dropping seven points to Bayern's five. The result that may have cost them in the end was a shock draw in Freiburg on matchday 6. This time it happened on matchday 4 as a blunder by Germany international keeper Almuth Schult played a major part in a frustrating 2-2 draw.

Coach Tommy Stroot referred to "deja vu" after his side also drew with Freiburg in preseason while forward Svenja Huth said her side "simply have to be more stable defensively." Freiburg had failed to pick up a point and scored just one goal in their previous three matches. Hardly ideal preparation for Wolfsburg's visit to Chelsea in the inaugural round of group stage games in the Women's Champions League. The London side knocked out the Germans in the semifinal last season.

Hoffenheim firm up best of the rest claim

Buoyed by their increased backing as a result of a closer merger and rebranding to Eintracht Frankfurt, the side formerly known as 1. FFC Frankfurt had started the season with an impressive run of three wins that saw them sit just behind the big two and start talk of a Champions League push.

But the club that currently hold that third spot, and Champions League berth, Hoffenheim, put the Eagles in their place with a 2-1 win on Saturday. Jana Feldkamp and Nicole Billa turned things around for hosts Hoffenheim after Camilla Küver had given Frankfurt the early lead. 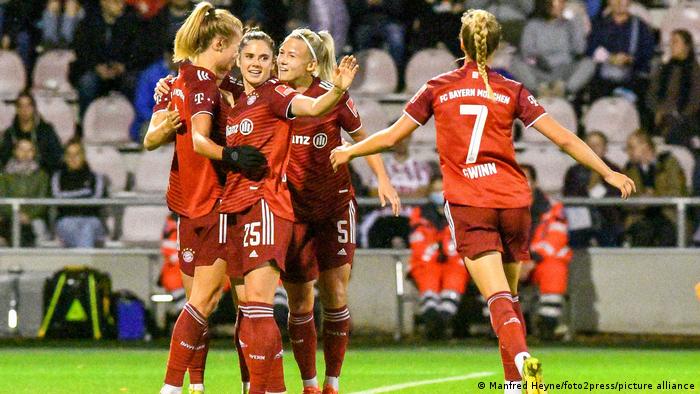 Bayern Munich top the table after a six goal win

Stepping up a division is tough for just about any club, anywhere. But it's been a somewhat chastening experience for Cologne. A 6-0 hiding from champions Bayern Munich on Saturday means they've now conceded 12 goals since they last scored and have just a solitary point to show from their first four games. To make things worse, they face a trip to Wolfsburg next.

Fellow newcomers FC Carl Zeiss Jena aren't faring much better, with a 0-0 stalemate with struggling Sand on Sunday meaning they have just two points from their first four. Incredibly, that still puts them above four teams and sitting 8th in a 12 team league. Is the gap really a chasm?

Away from Germany, and away from the pitch, the National Women's Soccer League (NWSL) in the USA has fired commissioner Lisa Baird and FIFA has launched a preliminary investigation in the wake of a report detailing allegations of sexual misconduct against former North Carolina Courage head coach Paul Riley. FIFA said it is "deeply concerned" about allegations of abuse in the sport in the country.

Riley has been dismissed from his post after what the team called "very serious allegations of misconduct," were published in The Athletic.

Women's Bundesliga: The key points ahead of 2021‐22 season

After Bayern Munich broke Wolfsburg's long run of dominance, the top two look set to slug it out again, though new threats are emerging. Elsewhere, a new TV deal looks key; but are there enough female coaches?

Experienced German international Melanie Leupolz swapped Bayern Munich for English side Chelsea in the summer. But the midfielder feels that more needs to be done to change the view of the women’s game in Germany.