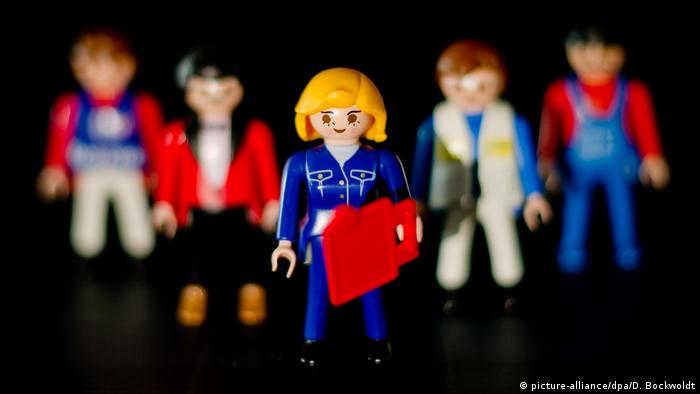 The World Economic Forum (WEF) published its Global Gender Gap Report on Tuesday, with the Nordic countries topping the list as usual. Germany came in 10th place, doing very well in the category of political empowerment, fairly well in economic participation, but behind in educational attainment and health.

"None of us will see gender parity in our lifetimes, and nor likely will many of our children," the researchers concluded. "Gender parity will not be attained for 99.5 years."

Nicaragua, along with No. 25, Mexico, has one of the highest rates of female representation in government in the Americas. Also in the top 10 was Rwanda, which has the highest percentage of women in a unicameral legislature (single legislative chamber) in the world.

The report collected data from 153 countries. With the exception of Israel at number 64, all of the countries in the Middle East ranked in the bottom quarter of the table. Of these, the United Arab Emirates was the highest at 120, one rank above G7 nation Japan. Yemen came last.

Researchers have pointed out Japan's culture of traditional gender roles and income inequality for its poor performance.

The report also noted that Albania, Ethiopia, Mali, Mexico and Spain were the most-improved countries of the year.

The writers noted that the "role model effect," i.e., powerful women inspiring other women to reach for political office or high-profile careers, has brought about some positive changes, but at the same time, "women's participation in the wider labour market has stalled and financial disparities are increasing."

Of the four categories measured, the health and survival category is where gender equity has come the farthest, with the gap 97% closed. However, political empowerment lies at just 25%.

Going forward, the report concludes, women need better representation in the parts of the labor market that will drive the future economy.

"Looking to the future, the report reveals that the greatest challenge preventing the economic gender gap from closing is women's under-representation in emerging roles. In cloud computing, just 12% of professionals are women. Similarly, in engineering and Data and AI, the numbers are 15% and 26% respectively."

Switzerland is one of the lowest-ranked countries in the West in terms of wage equality. Public workers in Zürich have disputed that supporting the strike violates political neutrality laws. (14.06.2019)

Turkey's Education Ministry has sparked concern with its move to remake learning materials for students. Researchers found that new textbooks diminish women's role in the workforce and emphasize religion. (17.10.2018)