The World Economic Forum warned of women's declining participation in politics, unequal access to health and education. Germany was ranked 14th in gender wage equality, while the US slid to 51st. 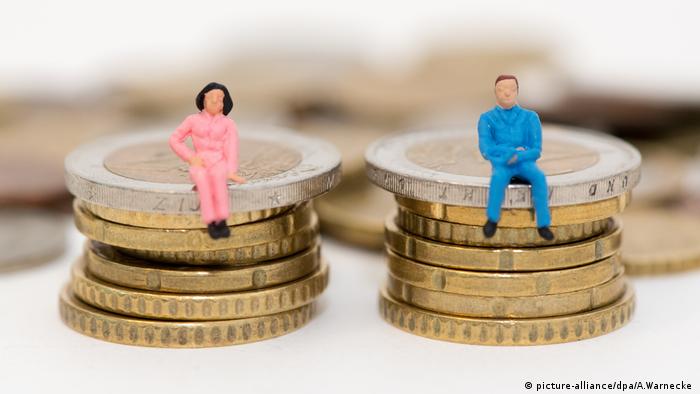 A new report from the World Economic Forum (WEF) released on Tuesday said it will take centuries for gender parity to be achieved in workplaces around the world.

The WEF findings indicate that the global gender gap across a range of areas will not close for another 108 years and that it would take some 202 years to close the workplace gap.

While the report highlighted some improvements in wage equality in 2018 compared to 2017, it warned that this progress was offset by declining representation of women in politics, coupled with greater inequality in their access to health and education.

"The overall picture is that gender equality has stalled," said Saadia Zahidi, head of social and economic agendas at WEF.

"The future of our labor market may not be as equal as the trajectory we thought we were on," she added.

Nordic countries led the way in progress thus far. Men and women were most equal in Iceland, followed by Norway, Sweden and Finland. On the other hand, Syria, Iraq, Pakistan and last-placed Yemen showed the largest overall gender gaps.

Among the world's 20 leading economies, France was at the top, reaching 12th place overall, followed by Germany in 14th place, Britain in 15th, Canada in 16th and South Africa in 19th.

The US, however, continued to decline and slipped to 51st, with the report highlighting a recent dip in gender parity at ministerial-level positions.

WEF used data from institutions such as the International Labor Organization, the UN Development Program and the World Health Organization. It concluded that no country has yet closed the pay gap and found the global wage gap at nearly 51 percent.

Despite years of advances in education, health and political representation, women still registered setbacks in all three areas this year. The only area of improvement was that of economic opportunity.

Additionally, the report highlighted that the number of women in leadership roles has risen to 34 percent globally.

In 2018, fewer women were working than men and a main reason for the discrepancy was the lack of childcare. This factor has kept women from jobs or from advancing to senior roles, according to the study.

"Most economies still have not made much progress in providing better infrastructure for childcare," Zahidi said, emphasizing the fact that women are more often responsible for unpaid work, including childcare.

"This continues to be a major source of why women don't enter the labor market at all or aren't able to progress as much as they should given the talent that they have," she explained.

Women were largely missing at top levels, the report found, filling only a third of all managerial roles.

The same pattern was observed in politics, with just 17 female heads of state in 2017. Only 18 percent of ministerial positions and 24 percent of parliamentary roles globally were held by women, the report added.

Equal wages - but not for everyone

Another major factor keeping women from the workplace and hurting their chances of obtaining equal pay for equal work appears to be automation, the study warned.

In the jobs they traditionally perform, such as administration, customer service and telemarketing, the report suggested that automation is having a disproportionate impact.

Most troubling, women are barely participating in the burgeoning artificial intelligence (AI) field, where they make up just 22 percent of the workforce.  As AI grows, the divide between the sexes in the field could widen, the report warned.

"It's going to be one of the roles growing in demand in the future," Zahidi said of AI. "It's a general purpose technology used across multiple sectors. Who's developing this technology matters," she added.

Women earn on average 21 percent less than men in Germany, making March 18 the country’s Equal Pay Day. It’s a symbolic representation of a very real discrepancy. Here’s what you need to know about the occasion. (18.03.2018)

The French government said that despite a "legislative arsenal," on the issue, firms are still moving too slowly. Companies have until 2020 to implement the rules. (07.03.2018)