Women earn on average 21 percent less than men in Germany, making March 18 the country’s Equal Pay Day. It’s a symbolic representation of a very real discrepancy. Here’s what you need to know about the occasion. 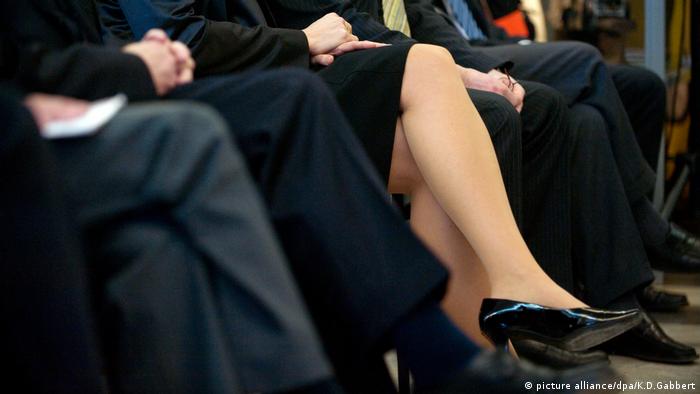 What is Equal Pay Day and what does it mean?

The Equal Pay Day initiative originated in the United States in 1996 as a way of illustrating the wage gap between men and women and has since spread to many countries. In Germany, it falls on March 18 this year because according to the Federal Office of Statistics, working German men earned 21 percent more than working German women in 2017. Expressed in terms of an hourly wage, German men made €21.00 ($25.82) an hour versus €16.59 ($20.40) for women.

There are two ways of envisioning the meaning of this "holiday." Given the wage discrepancy, a woman would have to work an entire year to earn a certain annual income, while a man would only have to start working on March 18 to get the same sum. Or because of the lower average earnings among women, it's as if they worked for nothing for the first 21 percent of the year and only started getting paid on March 18.

That sounds grotesquely unfair – why aren't women marching in the streets?

Numbers are a tricky business, and the 21 percent is a non-adjusted figure. The Federal Office of Statistics attributes three-quarters of the wage gap to systemic factors such as the relatively poor wages offered in heavily female professions like nursing, compared to heavily male technical sectors like engineering, and the fact that many women take time off from work to have children. Women in Germany are also far more likely to work part-time than men. The adjusted gender pay gap is 6 percent.

Those numbers illustrate the difficulties inherent in calculating the effects of sexism in the workplace. For instance, how much of the fact that nurses are paid badly is down to gender inequality? Are women paid worse because they choose to work in worse-paid sectors, or are they encouraged or forced to work in those sectors, meaning they inevitably earn less? The truth here is very much in the eye of the beholder. 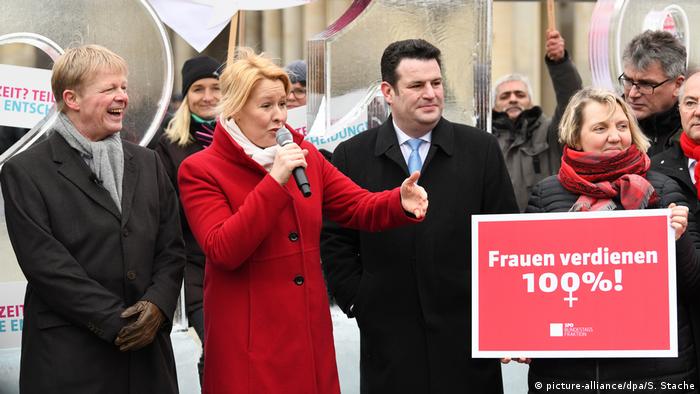 Germany is considered a very progressive country. So is the wage gap there particularly bad?

A number of factors influence what men and women are paid, but what is clear is that Germany is not making swift progress on the issue. In 2006, the unadjusted wage gap was 23 percent, and never has it been below 21 percent.

Germany doesn't rank well within Europe either. According to the EU statistics office Eurostat, in 2016, the last year for which figures are available for a majority of EU countries, only Estonia had a wider gender wage gap (25.3 percent) than Germany. The UK also had a gap of 21 percent that year.

At the same time, the figures need to be seen in context, Romania had a gap of only 5.2 percent in 2016, but that may be because wages in general in Romania are fairly low. The average monthly wage in that country is currently around €510 ($630).

What are the laws governing what men and women are paid in Germany?

Women's rights are protected under the 2006 Law on Equality of Treatment, which generally prohibits discrimination on the basis of gender as well as ethnicity, age, sexual orientation, physical handicaps or religion. In addition, the Wage Transparency Law of 2016 allows women to ask employers to provide information about average rates of pay for men and women in specific tasks. 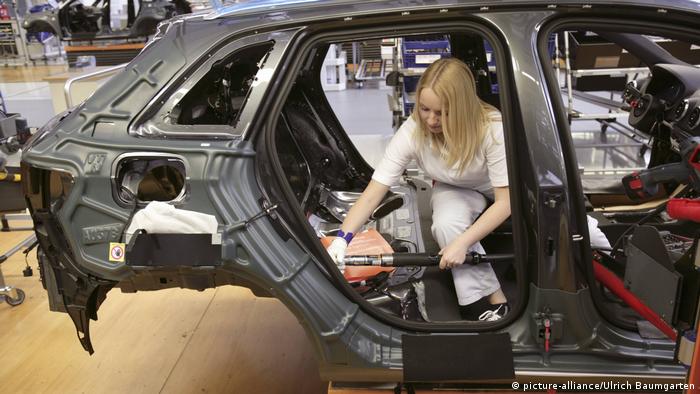 But there are limits to these legal protections. The Transparency Law, for instance, applies only to large companies with more than 200 employees. And at the upper rungs of the corporate ladder, it is very difficult to identify enough male and female peers for comparison. Since 2015, German law has mandated that the supervisory boards of some 100 very large companies be at least 30 percent female. It stands to reason that the more women occupy top positions in companies, the higher the average woman's wage will be in Germany.

In addition, larger firms, governmental offices and other institutions usually have an "equality commissioner" whose job it is to monitor gender issues. One legal protection that hasn't yet been instituted is a law guaranteeing women who chose to work part-time for family reasons to return to full-time work if they so wish. The Social Democratic Party (SPD) has been pushing for such a law for years but has been unable to overcome resistance from conservatives and employers' associations. A stripped-down version of the law is part of the agreement signed by the grand coalition earlier this month.

What do the organizers of Equal Pay Day in Germany believe are the main causes of the gap?

They identify five issues: 1) the lack of women in certain sectors and upper career levels; 2) women interrupting their working lives longer than men for family reasons; 3) the sort of careers women typically work in being under-appreciated; 4) gender wage inequities often being not visible as such; and 5) gender stereotypes influencing women's choice of careers.