COVID vaccine trials: Where are the women?

Worldwide, women are reporting worse side effects after COVID vaccinations than men. But the data is hard to find — most studies ignore gender and sex. 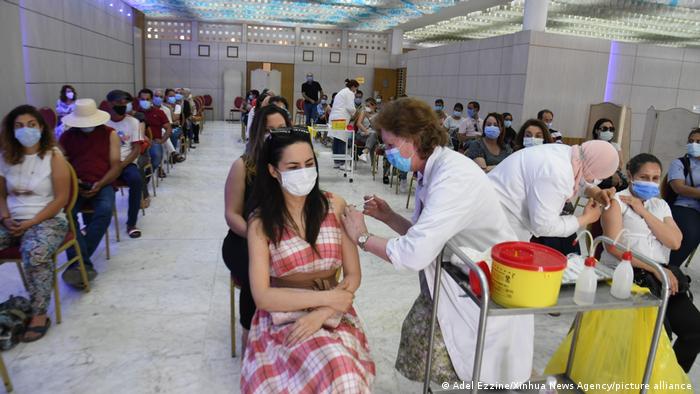 Serious side effects for the COVID vaccines remain extremely rare.

Most people have mild reactions that disappear after a few days, such as low-grade fevers or muscle aches. Health experts say these are a sign of our bodies mounting an immune response and that that signals we will likely be protected by the vaccine against future infections.

In the United States, health authorities say fewer than 0.001% of vaccinated people have had an extreme reaction, like an allergic response to a COVID vaccine.

But people do get side effects. And increasingly, data suggests that women are much more likely to experience side effects than men — and that reflects a trend throughout the history of vaccination.

Female immunity can be remarkably different

In June, the Swiss government released data showing 68.7% of reported side effects to COVID vaccines came from women. In the US, that percentage was 79.1% for the first 13.7 million doses given to people — 61.2% of which had been administered to women. And in Norway it was 83% of the 722,000 people vaccinated as of early April.

That's just a handful of samples. Data on women's side effects is scarce.

But Maria Teresa Ferretti, a neuroimmunologist at the Medical University of Vienna, says the data we have is unsurprising. Ferretti, who also founded a nonprofit called Women's Brain Project, says we already knew that men and women react differently to vaccination.

"From vaccines for other viruses, we knew that women tend to produce more antibodies when they are vaccinated, which means they also tend to have more side effects," she told DW.

One study, spanning 26 years from 1990 and 2016, found that women accounted for 80% of adult anaphylactic reactions to vaccines. 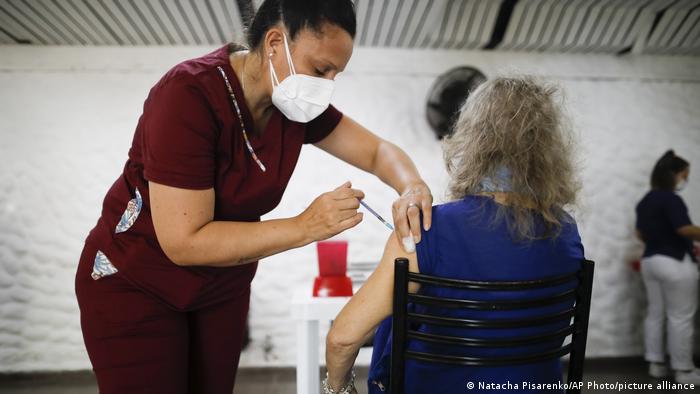 Women have historically reported worse side effects to vaccines, but the data is not tracked consistently. Data on other gender and sexual minorities is even more scarce

Women were also found to be four times as likely to report an allergic reaction to an H1N1 vaccine used during the 2009 swine flu pandemic.

Other research has suggested that sex hormones can influence the human immune system. A more robust immune response is also why more women tend to develop autoimmune diseases than men — the body goes into overdrive, attacking things that are meant to be there.

This difference is part of a bigger picture of how biological sex and gender both influence our health, says Rosemary Morgan, a gender and health researcher at the Johns Hopkins Bloomberg School of Public Health in the US.

Biological factors affect our immune systems — whether we are born biologically male, female or intersex.

Male immune systems, for example, have their own specific issues that apply less to female bodies. For instance, testosterone can be immuno-suppressive.

But gender — considered a social construct; an idea in our heads — can also affects people's behavior and access to healthcare. 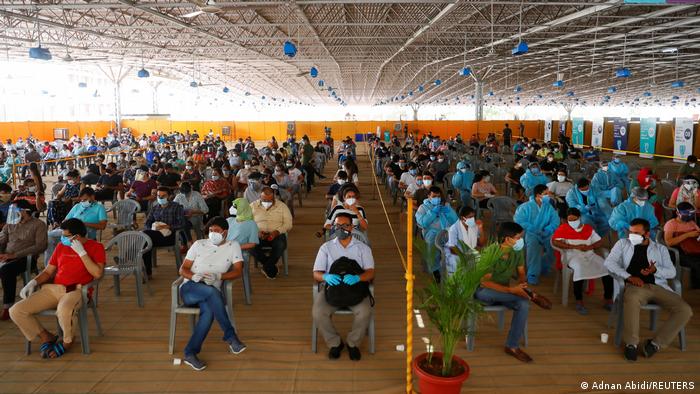 Men are more likely than women to end up in intensive care after contracting COVID-19 and more likely to die.

Men, for example, are often socialized to repress pain and, as a result, may be less likely to report adverse reactions.

"Studies show that men are less likely to wear masks and wash their hands. If you couple that with their biological risk, it's this complex intersection that plays into men's greater vulnerability to COVID-19," Morgan told DW.

Data on intersex, non-binary and transgender susceptibility to COVID is limited, but some research suggests that discrimination against gender and sexual minorities could mean they are disproportionately affected by COVID. And that's possible around the world. The research suggests certain groups of people are being excluded from vital healthcare.

Ferretti says researchers should consider the effects of exclusion and discrimination when they develop vaccines and drugs and trials to test them — whether it's for COVID or any other disease.

"You would think they would consider these [factors]. But it doesn't seem like they have," she says.

A study published in Nature Communications in July found that only 4% of a set of nearly 4500 clinical studies into treatments for COVID-19 had reported a plan to consider the role of sex and/or gender.

The studies ranged from clinical trials for vaccines and drugs to observational studies looking at the effects of lockdown on mental health and access to healthcare.

Only one study was found to specifically look at the impact of COVID on transgender people. Some studies only involved women, and they were mainly about COVID and pregnancy.

Out of 45 randomized and controlled trials, published up to December 2020, only eight referred to sex and/or gender.

Sabine Oertelt-Prigione, a gender and health researcher at Radboud University Medical Center in the Netherlands, says scientists can feel a lot of pressure to publish results quickly.

"Researchers are sometimes worried that analyzing sex differences in a study might mean more participants and longer recruitment times to reach their targets," said Oertelt-Prigione.

This sex and gender breakdown is also often overlooked in simple counts of infection cases and vaccinations.

The Sex, Gender & COVID-19 project, a global tracker of sex-specific research by a nonprofit called Global Health 50/50, shows only 37% of countries reported death data that specified the sex of the individual and 18% vaccination data that differentiated between sex in the month of June 2021.

"There has been a historical lack of sex and gender analysis within medical and clinical research," says Morgan. She says that it wasn't until 1993 in the United States that women were mandated to be included in clinical trials.

It's said that researchers were worried that women's hormones would skew the results. So, they used the male body as a "default human being" in medical research.

Apart from anything else, Morgan says, this has meant that a lot of medication is dosed with only men in mind. And that means doctors can't reliably prescribe the correct dose of drugs for female patients or those of other, non-male sexes.

It also means we can't say for sure whether any women are hesitant about getting a COVID vaccine because of the potential side effects. We just don't know for certain.

"We have a one-size-fits-all approach to dosing but that doesn't necessarily suit women," said Morgan.

Ferretti says it's "shallow medicine" —  a phrase coined by American cardiologist Eric Topol. And Ferretti says it needs to change, that we need to go deeper: "We're assuming that all patients are more or less the same. But they aren't."

COVID: Vaccinating people in the world's most remote places

Medical teams are making long, at times difficult journeys to vaccinate people all over the world against COVID-19. Their job takes them over mountains and across water, by boat or by plane — or by foot.