Activists continue to be sexually assaulted, threatened, intimidated, criminalized and even killed, the rights watchdog has said. Women human rights defenders even face hostility from members of their own family. 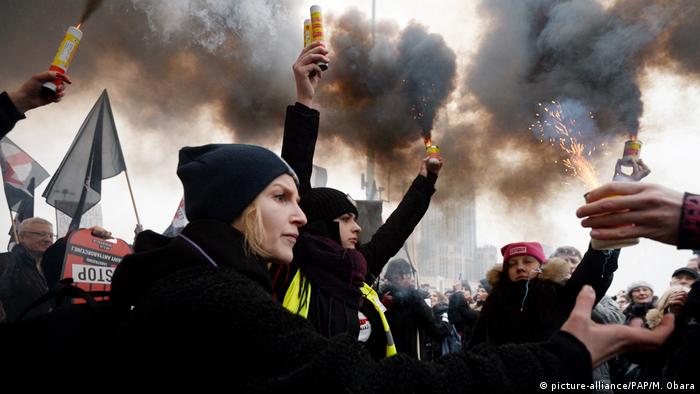 In a report marking International Women Human Rights Defenders Day, Amnesty said that these activists continue to be assaulted, threatened, intimidated, criminalized and even killed for their campaigning.

"Women human rights defenders are attacked because of who they are and what they do. The risks are even greater for those facing intersecting forms of discrimination — if you are a woman and from a racial minority, indigenous, poor, lesbian, bisexual or trans, a sex worker, you have to fight so much harder to have your voice heard by those in power," said Kumi Naidoo, Amnesty International's Secretary General.

Despite advances in the feminist movement that have made it stronger than ever, women activists are under growing pressure in recent years from politicians, religious leaders and violent groups "spreading politics of demonization," Amnesty said.

Citing Poland, where women rights defenders have fought restrictions on abortion and documented other violations of the rights of women and LGBT+ people, Amnesty said some have faced attacks in a climate where racist, anti-immigration sentiment has increased.

Elsewhere, including in Bahrain and Egypt, sexual violence as a form of torture is used to silence women rights defenders, Amnesty said. Women may also face domestic violence and abuse based on cultural notions such as "honor," threats of divorce, or being forcibly separated from their children.

Similarly, women activists are often subjected to smear campaigns attacking their "deviant behavior," which Amnesty said are designed to fuel hostility against them. For example, Italy's former Interior Minister Matteo Salvini derided Carola Rackete, the German captain of the Sea-Watch 3 rescue boat, which was followed by a slew of slurs from others who incited sexual violence and targeted her gender and appearance.

"These women need to be celebrated and protected for the courageous work they do to improve all our lives, but especially those of the most marginalized communities," said Naidoo.

Tens of thousands of protesters have denounced France for having among the highest rates of domestic violence against women in Europe. More than 100 women have been killed this year by a current or former partner. (23.11.2019)

Hajar Raissouni has been sentenced to one year in jail for an abortion she denies having, in a case that has sparked mass protests over women's rights. The journalist says the charges stem from her government criticism. (01.10.2019)

Turkish activists are sounding the alarm about inhumane conditions for those locked up "for political reasons." Reports of solitary confinement, physical and emotional abuse, and denial of medical services are common. (09.09.2019)