In Ghor, Afghanistan, more and more women have decided to get behind the wheel - a trend not welcomed by all in the traditional province. 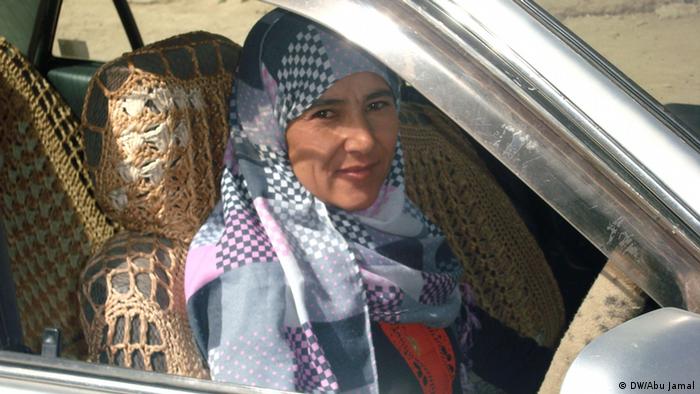 Angela Sharifi started learning to drive a year ago. She says she is quite good now and has much more clutch control.

"It is much easier than you think it is in the beginning," she says with a smile. In other countries, a woman sitting behind the wheel of a gray Toyota Corolla might not be an unusual sight. But in Afghanistan, Angela is a rarity.

"You see the men standing around on the streets, staring with open mouths. They are so surprised all they can do is stand there and watch," she says. "They look as though they've seen a ghost. Some men even say it is a sign the end of times are coming," she says laughing. 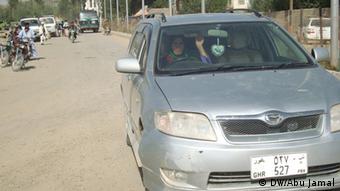 Angela is a member of the provincial council in Ghor. She knows how to assert herself in a male-dominated society. Luckily, it is not only the men who stare at her, and at least they don't bother or insult her, she says. She adds that her husband helped and supported her while learning to drive.

Chaghcharan, the capital of the Ghor province, is not a very developed town. It is very traditional and it has less than two kilometers (1.2 miles) of paved streets. The country has a total of about 12,350 kilometers of paved roads. There are no street signs along the way.

Sayed Mohammad Hasin Khan, head of Ghor's driver and vehicle licensing agency, says that two more kilometers of road are going to be paved by autumn. In addition to that, signs will also be put up.

Hasin Khan believes the region will eventually have a developed infrastructure for cars. Traffic laws will then be learned and tested in a theoretical and practical examination.

"The driver license test will be the same for men and women - they will be treated equally," he emphasizes. 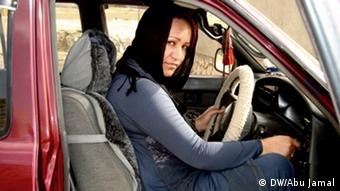 More and more women in Afghanistan are learning to drive

Nonetheless, spotting women behind the wheel is still a new phenomenon in the province of Ghor. Some people see it as the beginning of the end, and others think it is a sign of creeping Westernization, points out Dr. Aql Sharifi. He is responsible for the protection and development of women's rights of the Human Rights Commission in Ghor.

"After a long time, Afghan women are developing a new identity. The last decade has brought positive developments that have brought advantages to society in general and to women, even in our province."

He says an increasing number of female students have licenses and even their own cars.

Opponents and advocates of the phenomenon do agree on one thing: women driving cars in Ghor - whether they are seen as bad omens or as revolutionaries - will continue to be an oddity for a while yet.

Eid in Afghanistan is a 'festival for men'

As Afghanistan celebrated the end of Ramadan, the men had more fun than the women, who got stuck cooking and cleaning. But now it's the women's turn to enjoy Eid. (22.08.2012)

Tahmina Kohistani is the only female Afghan competing in this year's summer Olympics in London. She's not so interested in winning gold than in inspiring Afghan girls to take up sport. (26.07.2012)