Afghan Olympic female athlete wants more than a medal | Asia| An in-depth look at news from across the continent | DW | 26.07.2012

Tahmina Kohistani is the only female Afghan competing in this year's summer Olympics in London. She's not so interested in winning gold than in inspiring Afghan girls to take up sport. 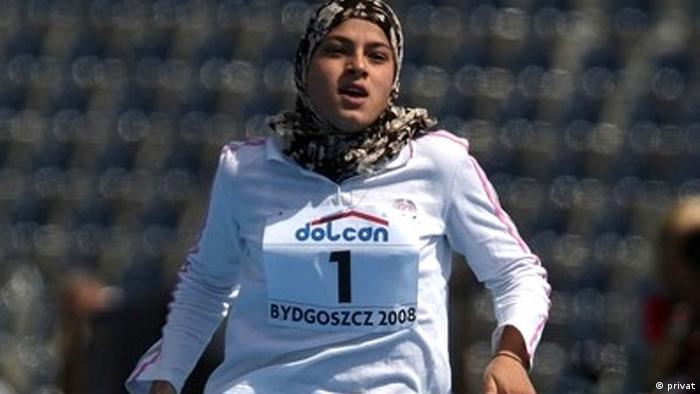 Tahmina Kohistani strikes an unusual appearance in the stadium. As opposed to her fellow female runners, she is not wearing a sports bra or shorts. The 22-year-old is covered from head to toe, with a headscarf and a long-sleeved sweater. Although her chances of winning the 100-meter sprint are lower than those of her competitors, she is very glad to be in London. "What's important for me is to take part in the Olympic Games - for me, my people and my homeland."

Tahmina is the only woman allowed to represent her country in London this year. She has been running and dreaming of taking part in the Olympic Games for eight years already. Her intensive training for the summer games started six months ago at Kabul's Ghazi stadium but technical restrictions have made it tough. Karim, her trainer, says that she could "win gold if she had better training conditions." 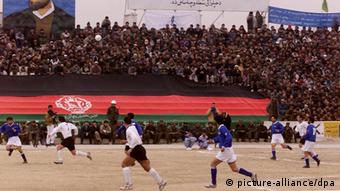 The conditions at Kabul's Ghazi stadium are not ideal

She has also not had an easy time of it because of the poor security situation and social restrictions. "Three cars have to protect me when I go to the stadium in the mornings," she told DW. "Many people have insulted me because of the path I've chosen to take."

Tahmina refuses to judge her fellow Afghans, however. She understands that the country is going through a phase of reconstruction and that people need time to get used to more modern conditions.

But she is glad she has been lucky with her family. "My father has always said I made the right decision and that I should prove to people I have done nothing wrong. Every woman should say 'I want to be like Tahmina,' he says."

Apart from training, Tahmina is also studying to be a sports teacher at Kabul University. In her spare time, she writes poems about injustice and other social issues, calling for more acceptance and tolerance but she usually tears them up.

"Before, my greatest desire was to take part in the Olympic Games. I worked eight years for this. Now, I want my country to accept and support women doing sport." 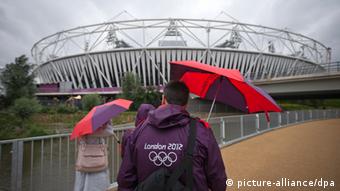 That's why she wants to open a sports academy for women when she goes back to Kabul. Not only so that women can win competitions but also for their health and general well-being.

Before this she has one task to fulfill in London - she wants to inspire young Afghan girls and women to take up sport. This would be worth much more than a gold medal for her and her country, she says.

In an embarrassing start to the London Olympics, organizers have been forced to issue an apology to North Korea's women's soccer team. A South Korean flag was mistakenly displayed ahead of their game against Colombia. (26.07.2012)

Skateboarding may once have been associated with counterculture and non-conformity. But in Cambodia, skateboarders are using the sport to engage some of the country’s most marginalized children. (18.07.2012)

Since the fall of the Taliban in Afghanistan, many things have changed for girls. They are not only now allowed to go to school, they can even play sport -- and football is very popular. (27.02.2008)