Miep Gies was the last living person in the group who helped hide the Jewish Frank family in Amsterdam from the Nazis. Anne Frank's diary became one of the best known accounts of Nazi persecution. 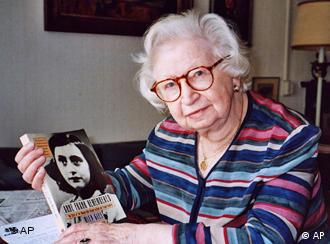 Gies always rejected the suggestion that she was a hero

Miep Gies, the woman who saved the diary of Anne Frank from the Nazis, died Monday after a brief illness.

The 100-year-old Gies was the last living member of the group who helped to hide and sustain Anne's German Jewish family between 1942 and 1944, when they were discovered.

Hours after the Franks were betrayed and seized by the Nazis on August 4, 1944, Gies found the young girl's diary and saved it.

After World War II, Anne's account of life in hiding from the Nazis was translated into more than 70 languages and became a crucial document of Jewish suffering under Nazi persecution.

"I only did what seemed necessary at the time"

"I am not a hero," Gies was quoted by the Anne Frank Museum upon her 100th birthday in 2009. "It wasn't something I planned in advance, I simply did what I could to help." 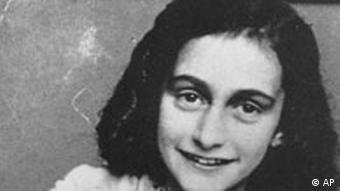 Miep Gies was born in Vienna in 1909 and came to the Netherlands when she was 11 years old.

In 1933 she started working in Amsterdam as a secretary for Anne's father, Otto Frank, who had brought his family out of Germany when the Nazis took power.

When German troops occupied the Netherlands during World War II, Miep Gies, along with Johannes Kleiman, Victor Kugler, Bep Voskuijl, Jan Gies and Johan Voskuijl helped the Frank family and four other people hiding in a secret annex at 263 Prinsengracht street in Amsterdam.

After 25 months, the Franks were betrayed

For two years, together with the other helpers, Gies supplied the people in hiding with food and other essentials. She and the others put their own lives at risk by helping.

After 25 months, the Franks were betrayed, arrested and sent to the Auschwitz concentration camp where the family got separated.

Anne Frank is believed to have died of typhoid at the Bergen-Belsen concentration camp in March 1945. Her sister and mother also died. Her father Otto survived the Holocaust and returned to Amsterdam after the war.

The diary of Anne Frank was published in 1947.

The first five of 150 saplings descended from a 150-year-old tree that once brought comfort to Anna Frank in her attic hiding place during Wold War Two have been planted in a park in Amsterdam. (05.12.2009)