Wolves and livestock: Can they live in harmony in Germany? | Germany | News and in-depth reporting from Berlin and beyond | DW | 04.04.2021

Wolves and livestock: Can they live in harmony in Germany? 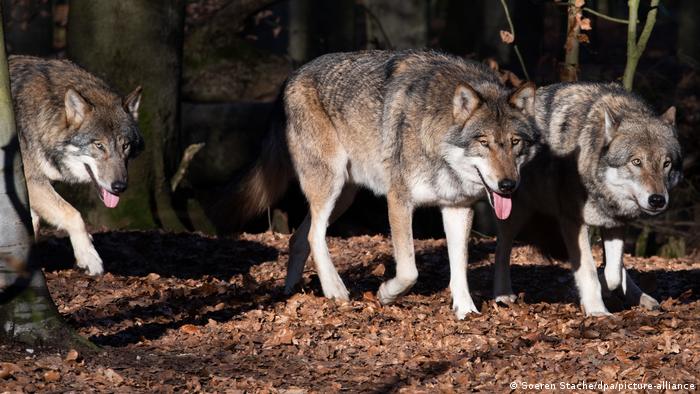 Wolves have been returning to Germany for the past 30 years

"Just as the wolf is entitled to protection, so are our livestock," Klöckner said. "We need them to maintain and preserve our cultural landscape." The return of the wolf, she said, should not "lead to the existence of livestock being threatened in some regions of Germany." 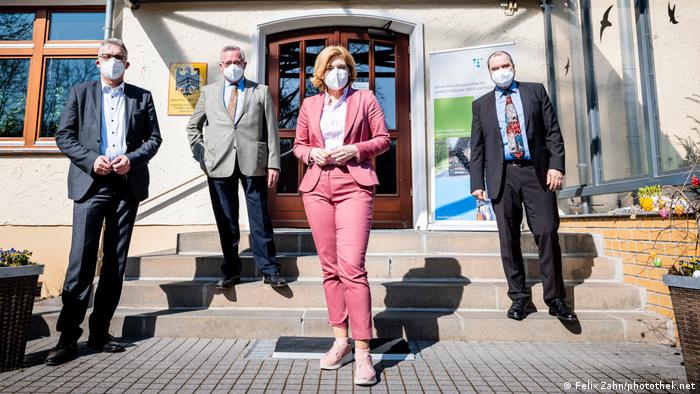 Wolves and bears were extinct in Germany for about 100 years, so livestock hadn't required special protection. But that all changed around the turn of the millennium.

That's when wolves were once more spotted in Germany, having migrated from Poland. Today, their populations are concentrated along the Elbe river in northern and eastern Germany.

These wolves do not just eat deer in the forest, but also sheep, goats and cattle from farms. This has been a sore point for farmers for years, especially those who keep their animals on open pastures.

The minister provided some figures: There were 40 animals injured or killed by wolves in 2006, but by 2019 the number had grown to 2,900. This mostly has to do with the increased population, Klöckner said.

"Every three to four years, the wolf population doubles," she said. She added that the wolf population could be controlled — through targeted shooting. Although the exact number of wolves in Germany is not known exactly, it's estimated there are 1,300 to 1,800 individual animals roaming free.

The sheep in the pasture Klöckner visited belong to Carina Vogel. She comes from the region and believes that it is possible to reconcile the different interests.

"As a natural conservation sheep farm, we believe that ecological, animal-friendly farm management is possible even under conditions made difficult by the presence of wolves!" she wrote on her website. Fences and dogs are key, she added.

This is the basis of a new federal initiative.

"We are creating a platform that develops practical solutions — including information on costs and funding opportunities," said Hanns-Christoph Eiden, from the federal office for agriculture and food. It will be based around "networking and dialogue, knowledge transfer and the identification of research needs."

The state of Brandenburg is currently home to the most wolves in Germany. They are monitored via a state-owned wolf management system. As of 2020, it is believed there are 47 packs plus 10 pairs in Brandenburg. 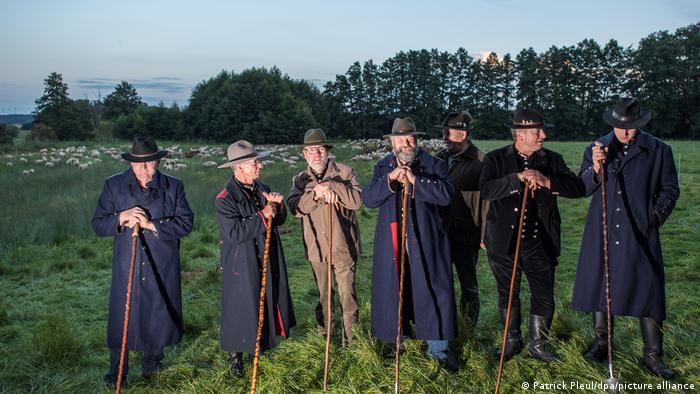 Since 2017, wolf watches have taken place in Brandenburg communities

And Brandenburg has also been at the heart of anti-wolf protests for years. Since 2017, "Nights of the Wolf Watches" have been taking place in Brandenburg communities. Farmers and hunters gather to protest the spread of the wolf, drawing attention to themselves with "warning shots." They say the government is not doing enough to protect livestock against wolf attacks.

Recently, the organizers' message has spread to other parts of Germany, in an association that calls itself the "free farmers."

"We have 480 members in Brandenburg and 1,250 members nationwide," media officer Reinhard Jung told DW. What Klöckner is doing "doesn't interest anyone in the countryside," Jung said.

"They can't stand seeing the dead animals lying in the pasture over and over again," Jung said.

And what about protective fences? Such high-tech 1.2-meter (4-foot) constructions don't work to prevent wolves from getting in, opponents say. "It makes no sense," Jung said.

Political conflict has increased in Brandenburg's state parliament. In fall 2020, the state farmers' association had terminated its cooperation with the state government — due to differing views on wolf management. At the end of January, the Brandenburg state parliament voted to make it easier to shoot so-called problem wolves.

There is also the "Wolf Free Zone" initiative, which 52 cities and towns in Brandenburg have joined.

For many other parts of Germany, the issue is still relatively new, as the wolf is slow to migrate westward. But with the wolf population increasing, this may well be an issue that all of Germany has to face before too long.

Poultry and wild birds in Europe are dying of bird flu. This time, the epidemic has been particularly deadly. Christina Strunck reports from the Netherlands, which has a high number of poultry farms relative to its size.

"The wolf is here to stay," a Swiss wolf-protection group has said, estimating there are now over 300 wolf packs roaming the Alps. That number could reach 800 in the coming years.