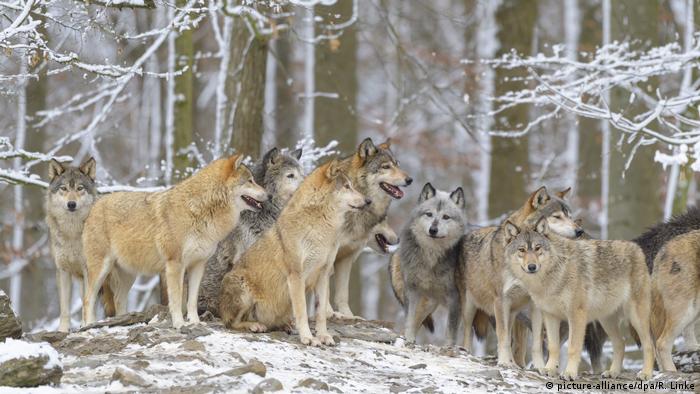 The European Union's top court ruled Thursday that wolves are also protected when they stray from protected reserves into areas where humans live.

The European Court of Justice (ECJ) in Luxembourg was ruling on a case from 2016 in Romania when a wolf strayed into a village between two areas where the animal is protected. The animal was captured before escaping and returning to the nature reserve.

"The strict protection of animal species provided for in the Habitats Directive extends to specimens that leave their natural habitat and stray into human settlements," the ECJ said in a statement.

The Romanian case also raised eyebrows because it was carried out "without prior authorization," leading to a criminal complaint being filed in Romania "in respect of offenses associated with the unsafe capture and relocation of a wolf."

The Romanian court that dealt with the case could not decide if the Habitats Directive also extended to the capture of wild wolves on the outskirts of a town or city or on the territory of a local authority, and referred it up to the ECJ.

What is the Habitats Directive?

The Habitats Directive was first adopted by the EU in 1992 and protects over 200 types of habitat as well as over 1,000 species. It "ensures the conservation of a wide range of rare, threatened or endemic animal and plant species," according to the EU's own definition.

Thursday's ruling focused on the interpretation of the wolves "in their natural range" or "in the wild," as capture in the wild is forbidden under the EU rules.

It decided that a wolf straying "close to or into human settlements, passing through such areas or feeding on resources produced by humans, cannot be regarded as an animal that has left its 'natural range,'" and is therefore still protected.

The wolf population within the European Union remains in the low thousands, with protection measures allowing numbers to slowly increase. Compensation programs exist for loss of livestock.

Wolves in Poland between species protection and hunting

Wolves carried out almost 500 attacks on livestock across Germany in 2017, according to fresh data. Some are calling for the predators to have their protection status lowered. (16.02.2019)