With new Wall of Grief, Russia grapples with Soviet crimes | Europe | News and current affairs from around the continent | DW | 30.10.2017

With new Wall of Grief, Russia grapples with Soviet crimes

As some worry that Josef Stalin is being rehabilitated in Russia's collective memory, a new monument to his victims has opened in Moscow. Survivors of his reign of terror are not convinced that it's enough. 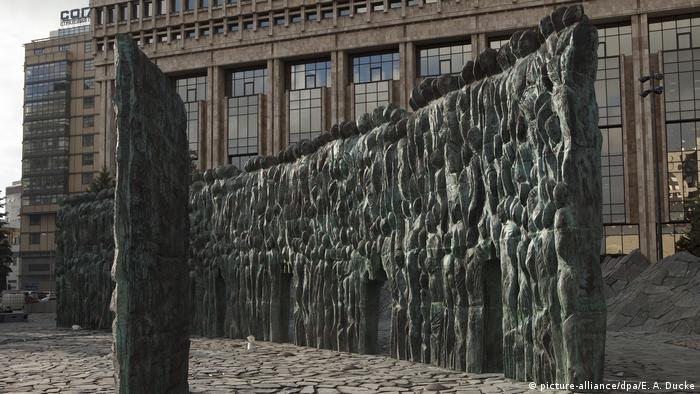 Tatiana Ivanovna Nikolskaya was born in a labor camp. She remembers only the hunger and jokes that she still grabs sweets and bread at every opportunity.

Nikolskaya's mother was imprisoned in the camp, in the Soviet Republic of Kazakhstan, for having been married to a scientist who was targeted and then killed by the regime of Josef Stalin.

She became pregnant in the camp. Nikolskaya and her mother survived and were eventually freed; her father and twin brother did not.

Now 76, Nikolskaya remains devoted to the memory of the family she lost during Stalin's reign of repression.

Every year she attends memorial events such as the annual Return of the Names, at which volunteers read out the names and ages of the people who were executed in Moscow.

Nikolskaya said the government had been too slow to acknowledge the repression millions suffered at the hands of the Soviet regime. Compensation, she said, has been virtually nonexistent.

Some recognition came Monday, Russia's annual day of Remembrance of the Victims of Political Repression, when a new monument was unveiled in Moscow: the Wall of Grief by the sculptor Georgy Frangulyan. Its construction was announced two years ago by Russian President Vladimir Putin.

The wall features faceless figures designed to represent and commemorate the millions of people who were deported, executed or sent to labor camps such as the gulag where Nikolskaya was born.

Nikolskaya does not think much of the new monument. She said her input and that of other survivors was not listened to when they were consulted on how best to commemorate the suffering of so many people. She would have preferred to see the name of every victim inscribed on the wall. She favors the memorial built in Kazakhstan's capital, Astana, which she visits every year.

The unveiling of the Wall of Grief comes amid a period of rehabilitation of Stalin's legacy. A bust of Stalin was erected this year on Moscow's Alley of Rulers, glorifying the dictator alongside President Putin's other predecessors.

In an interview earlier this year, Putin said foreign enemies had used the "excessive demonization of Stalin" to attack Russia.

And that message from the top seems to be having an effect on Russia's collective memory.

A poll carried out earlier this year by the Levada Center asked Russians whom they considered to be the most "outstanding" person in history. Without being offered any suggestions to choose from, 38 percent of those polled, a plurality, produced the name Stalin.

Yan Rachinksy, from the human rights organization Memorial, said Russians simply did not know the extent of the terror meted out under the Soviet dictatorship. "Stalin, generally speaking, is like a mythological figure," he said.

On Sunday, the recently announced presidential candidate Ksenia Sobchak entered the discussion with a strongly worded Instagram post. She said it was time for Russia to condemn the former Soviet leader. "Stalin is unequivocally a bloody hangman and criminal. ... There is nothing ambiguous in Stalin." 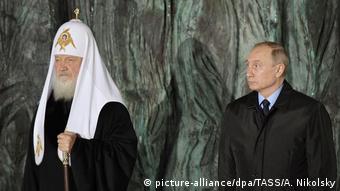 At a short ceremony marking the official opening of the Wall of Grief on Monday, Putin stopped short of mentioning Stalin by name. "This terrible past can not be erased from national memory," he said.

Those thoughts were echoed by Frangulyan, who had previously said his work should serve as "a warning to coming generations that tragic consequences of authoritarian policies touch everyone and can be repeated at any given moment."

It is a message that he hopes Russians will take to heart as they pass by the new monument in central Moscow: a reminder that the mistakes of the past should not be repeated.