Winter Olympics: ′Leberkase and weisswurst′ will have to do for one last game | Sports | German football and major international sports news | DW | 24.02.2018

Winter Olympics: 'Leberkase and weisswurst' will have to do for one last game

Germany's run to the gold medal game may have some clamoring for the IIHF to get the NHL players back for 2022. Nobody in Germany is complaining about that, as the national team aims to seize a unique opportunity. 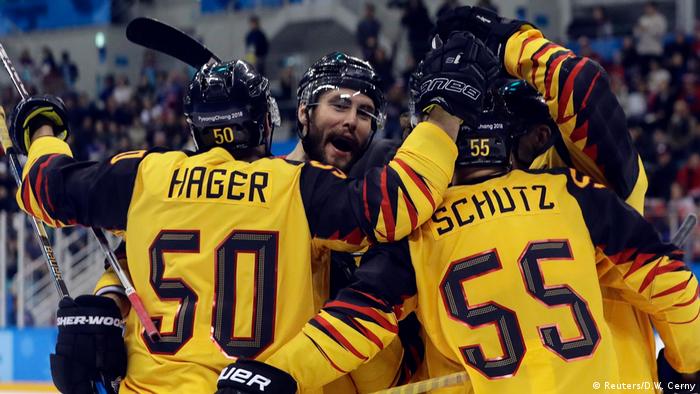 As is customary at Winter Olympic Games, the president of the International Ice Hockey Federation, Rene Fasel, held a press conference in Pyeongyang on Saturday, just hours before the men's final between Germany and the Olympic Athletes from Russia (OAR).

The absence of National Hockey League (NHL) players at the hockey tournament was always going to be a topic, even more so in light of unfancied Germany making it through to the final for the first time in the history of the Games.

No complaints from Germany

Asked about the effect the lack of NHL players had had on the tournament, Fasel conceded that he would have much rather had them there, but he insisted that this had not diminished the excitement.

"Our game is living from the emotions," he said, referring to the fact that everyone back in Germany seemed to be glued to their TV screens for Friday's semifinal, in which Germany beat the defending gold medalists 4-3 in one of the biggest upsets in Olympic history.

"I would say that nobody in Germany cares whether the NHL is here or not," he said.

Caviar vs. Leberkase and weisswurst

However, he couldn't deny that the technical quality hasn't been quite what it would have been with players from the best league in the world on the ice.

"You don't need caviar every day," Fasel said. "You can also live with leberkase and weisswurst, and that (Friday) was such a day."

However, it is the very fact that the NHLers have been missing that has helped make this tournament one of the most unpredictable in years. As unlikely as Germany's run to the gold-medal game has been, had the Canadians had their very best, such a feat would have been virtually impossible. 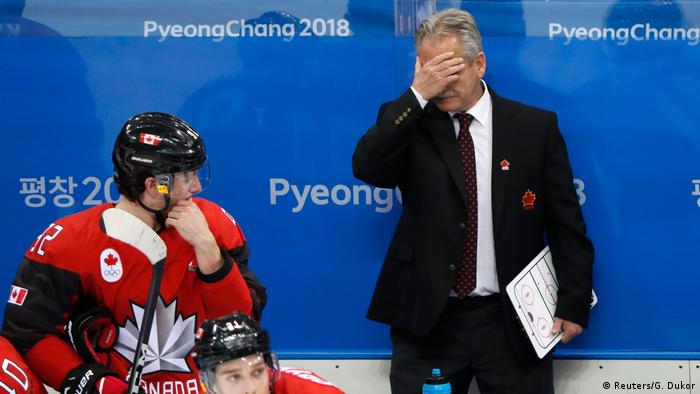 Now that they are there, though, the Germans will be aiming to do everything in their power to make the most of this unique opportunity. But if they were the underdogs against both Sweden and Canada — and they were — beating the Olympic Athletes from Russia seems even more unlikely.

All of their players earn their money in the world's second-best league, the Kontinental Hockey League (KHL), something that made them the tournament favorites from the start. Not just that, but of the 25 players on their roster, all but two come from two KHL teams. For a national team, the OARs, one of the most talented teams in the tournament, could hardly be more familiar with one another.

Friends on and off the ice

"The guys, you're with them pretty much the whole season and you play at such a big tournament like Olympics together, too. It makes it easier."

Although they don't have the individual skill level that the Russians do, the Germans can also rely on the familiarity of their core group, with 16 players in the roster that Marco Sturm relied on during Olympic qualifying and 15 from the 2017 World Championship at home in Cologne.

"You get to know guys on the ice, being reliable for each other," said veteran defenseman  Moritz Müller, who plays for the Cologne Sharks of Germany's top league, the DEL. "But I think in the end, what it took for us was to be crazy enough to believe that we could get here," he added. 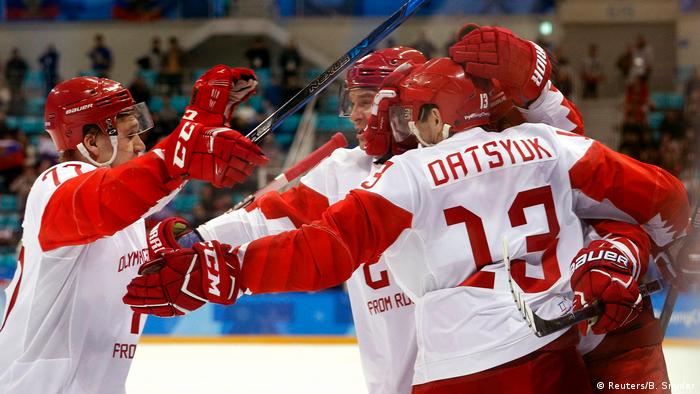 However, one would have to be more than crazy to think the Germans have the proverbial snowball's chance in hell against the OARS. This is exactly what we all said before the Sweden and Germany games of course, but this is different.

For one thing, having already guaranteed themselves a silver medal, the greatest achievement in German hockey history, the players understandably went out to celebrate a little on Friday night. This is perfectly natural and there is no suggestion that they overdid it. But having already achieved more than anybody thought possible, and having expended an incredible amount of physical and emotional energy, getting up for one final match, even if it is the goal-medal game, could be a very tough ask.

For another thing, the Russians, under any flag or banner, are really hungry for gold, having last won the title at the 1992 Games in Albertville, when, shortly after the demise of the Soviet Union, they were known as the "Unified Team."

And while the Germans celebrated making it to Sunday's final, the Russians were all business after beating the Czechs 3-0 in their semi.

"It's not time to have fun," forward Sergei Andronov said. "What's the reason for having fun today? Tomorrow we will have fun, if everything goes well."