Will US and South Korea military drills increase tension in Asia? | Asia | An in-depth look at news from across the continent | DW | 19.08.2022 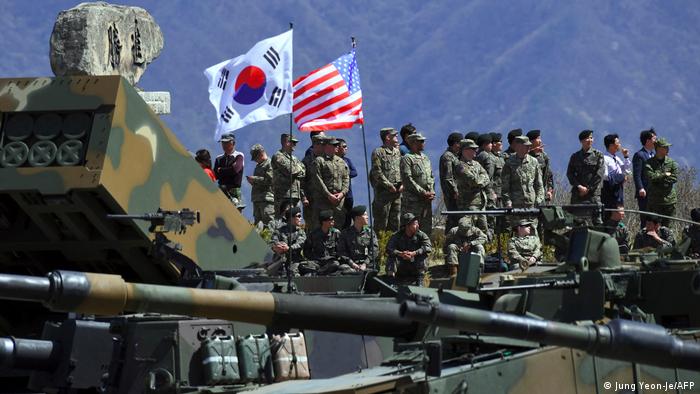 South Korea hosts the largest American military base outside the US

This coming Monday the United States and South Korea will commence their largest joint military training exercises in four years, as Washington seeks to revitalize its strategic partnership with one of its closet Asian allies.

The maneuvers are set to include joint mock attacks, reinforcement of frontline units and simulations involving the securing of weapons of mass destruction.

Units will also practice using drones for surveillance and a number of new developments in warfare that have emerged as a result of the Russian invasion of Ukraine, a South Korean Defense Ministry official told reporters in Seoul.

The exercises mark a departure from the policy of detente with North Korea pursued by the previous South Korean presidency of Moon Jae-in.

Regular US-South Korea drills were suspended under former US President Donald Trump, as Trump and Moon held talks with North Korean dictator Kim Jong Un and drew down military cooperation as a sign of goodwill toward Pyongyang. 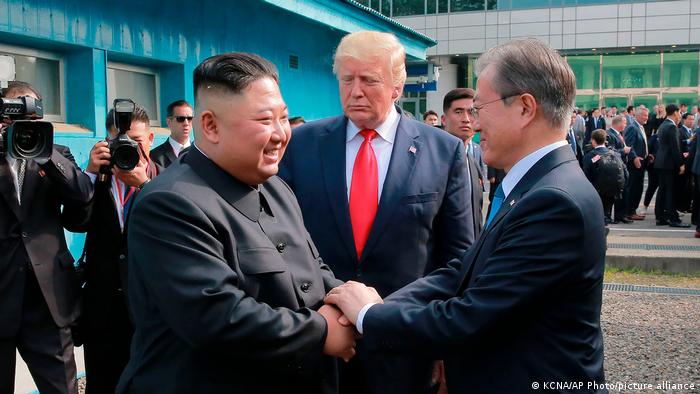 In 2019, Donald Trump met with Kim Jong Un and Moon Jae-in at the Demilitarized Zone

However, talks on signing a treaty to officially end the Korean War and the North committing to abolishing its nuclear weapons in return for security guarantees ultimately floundered.

Trump was reluctant to resume the exercises, arguing that they were expensive and unnecessary, while their resumption was further delayed by the coronavirus pandemic.

The relaunch has been planned for several months and have taken on added significance over growing concerns that North Korea is planning to carry out a seventh underground nuclear test.

Tensions between the US and China remain high, as Beijing continues to exert pressure on Taiwan in the aftermath of the visit to Taipei by US House Speaker Nancy Pelosi earlier this month.

Russia also recently announced that it will host military units from China, Belarus, Mongolia, India and Tajikistan for the seven-day "Vostok" military exercises starting on August 30.

Dan Pinkston, a professor of international relations at the Seoul campus of Troy University, said senior military officers in Washington and Seoul have been calling for the drills to resume, on the grounds that troops capabilities have been weakened by failing to practice for a crisis.

"This is a recalibration and resuscitation of critical exercises to enhance the shared defensive posture on the Peninsula," he told DW.

"It must also be pointed out that in the years during which the US-South Korean drills have been suspended, the North has continued to carry out missile tests, has been working on its nuclear program and has been doing exercises with its conventional forces," Pinkston added.

"But now we have different leaders in Washington and Seoul, this is a correction to both the threats posed by North Korea and other uncertainties in an unstable world," he added.

Kim Jong Un threatens to use nuclear weapons if attacked

A triad of tension in East Asia

North Korea signaled its displeasure with events in the South on Wednesday, launching two cruise missiles into the Sea of Japan.

Wednesday also marked the 100th day since the inauguration of Yoon Suk-yeol, the South Korean president, who has taken a firmer line with Pyongyang than his predecessor. However, this week Yoon offered development assistance were the North to commit to scrapping its nuclear arsenal.

"Yoon is following through on promises he made in the election campaign to reinforce the security relationship with the US in order to protect the nation from the threat of North Korean nuclear weapons," Yuji Hosaka, a professor of history and politics at Seoul's Sejong University, told DW.

More controversially, Yoon has also committed South Korea to a closer security relationship with Japan, with Japanese naval units joining the US and South Korea, for missile search and tracking exercises off Hawaii 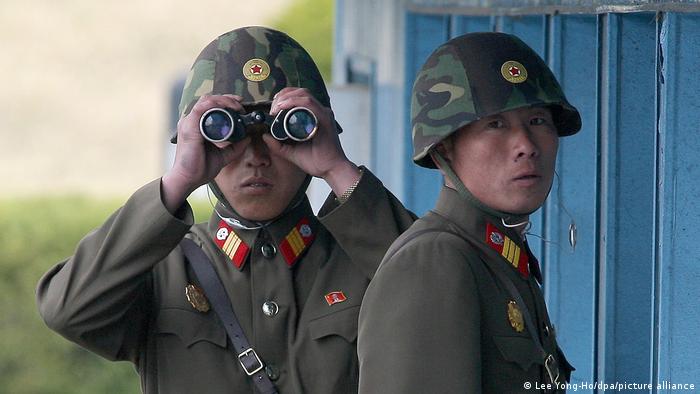 South and North Korea never signed an official peace treaty, even though an armistice was agreed upon in 1953

And although upcoming joint maneuvers in South Korea are designed to simulate a confrontation involving North Korea, Hosaka said their significance will not be lost on China less than three weeks after Pelosi's visit to Taipei.

"Beijing will see these exercises as a message, I am sure, and the US clearly wants South Korea to commit to a role against China if the situation around Taiwan worsens," Hosaka said. "But Seoul is reluctant to go that far," he added.

China is by far South Korea's largest and most important trading partner, and successive governments have had to walk a fine line between not upsetting Beijing and remaining militarily aligned with the US.

China has in the past imposed what were effectively powerful economic inducements on South Korea. This included banning concerts in China by K-pop stars and forbidding Chinese tourists from traveling to South Korea, although Beijing repeatedly denied the moves were sanctions.

"Yoon wants to protect the nation's peaceful trade with China and bring about the denuclearization of the Korean Peninsula and he knows he needs the security that is provided by the US, but he will not commit the South to a fight with China," Hosaka said.