Will Sweden lead the way in hydrogen-powered steelmaking? | Business| Economy and finance news from a German perspective | DW | 20.04.2021

Will Sweden lead the way in hydrogen-powered steelmaking?

Boasting a sea port, an ore mine and lots of renewable energy, northern Sweden is an ideal location for producing hydrogen-powered steel. But there's no lack of challenges to tackle. 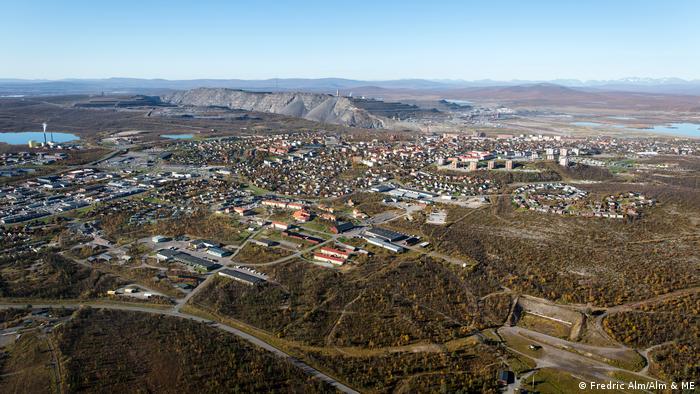 The mining town of Kiruna in northern Sweden has big plans

Lulea in northern Sweden is only about 100 kilometers (62 miles) away from the Arctic Circle. It has some 80,000 inhabitants, almost one-third of all people living in Norrbotten province.

In winter, you need icebreakers to access the port of Lulea. It's the second-biggest port on Sweden's eastern coast after Stockholm.

The port of Lulea predominantly handles coal, steel and ore iron. It's located on one end of the Scandinavian ore railroad track, with Narvik in Norway being on the on the opposite end. In between there's Lapland with its mining town Kiruna and an eponymous mine that is considered to be the world's most productive ore mine. In Lulea, steel is produced from Kiruna ore with the help of coal coming from across the Baltic Sea.

But this way of making steel will soon come to an end as Sweden's steel industry aims to emulate national power utilities that have done completely without coal for almost a year now.

CO2 emissions from steelmaking will have to be reduced drastically in Sweden and elsewhere if the world wants to meet its emissions targets. Crude steel production accounted for 5.4% of global greenhouse gas emissions in 2018. According to the International Energy Agency (IEA), some 75% of all energy consumed in the process was generated from using coal. 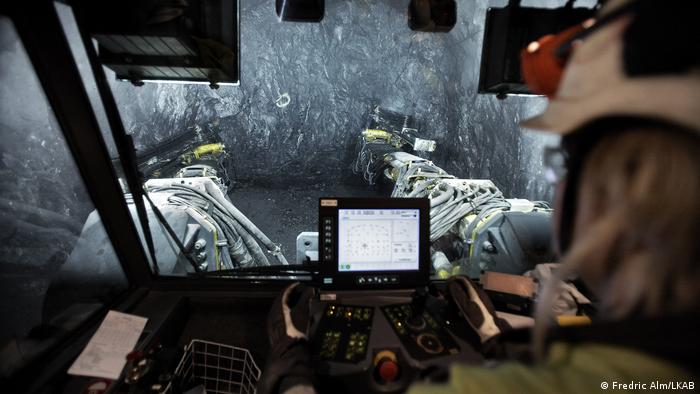 Water vapor instead of carbon dioxide?

But as in cement production, emissions from steelmaking cannot simply be reduced by using electricity from renewables. This is because carbon from coal binds oxygen which is necessary to make crude steel and later steel from iron ore. Carbon and oxygen together result in carbon dioxide.

Steelworkers have begun to develop new techniques enabling them to free the oxygen from iron ore with the help of hydrogen instead of carbon. This way you get water vapor as a waste gas, rather than carbon dioxide.

A number of companies are currently testing such techniques, including Thyssenkrupp and Salzgitter from Germany. Lulea in Sweden, however, is willing to take the lead in producing steel with the help of hydrogen.

Sweden's SSAB is among the technology leaders in this field. Together with iron ore producer LKAB from Kiruna and power utility Vattenfall, SSAB launched the HYBRIT project in its Lulea plant. In September of last year, a test facility went operational there that started making steel without using coal. 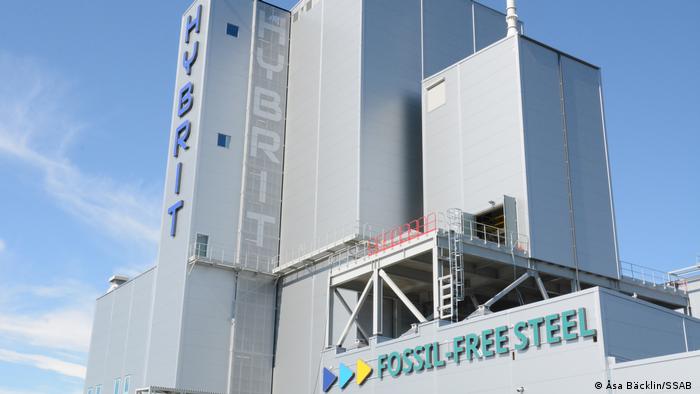 The HYBRIT pilot plant is all about making fossil-free steel

H2 Green Steel wants to build the first global mass production plant for emissions-free steel. An entire production facility including a hydrogen production unit is to emerge in the town of Boden.

The Boden plant is to produce hydrogen from water for which H2 Green Steel wants to build an 800-megawatt electrolyzer on the ground.

The 800 megawatt mentioned above would currently be 2% of Sweden's total annual electricity consumption. On top of that, you need energy for the steelmaking process itself. During a recent online presentation of the project, H2 Chief Project Officer Maria Persson Gulda said that energy efficiency was key.

But the need to heat up the steel to over 1,000 degrees Centigrade (1832 degrees Fahrenheit) will require enormous amounts of energy no matter what. Part of the waste heat will be fed into the regional heating grid. The question remains where the required green electricity will come from. Without it, hydrogen-powered steelmaking would not be emissions-free. 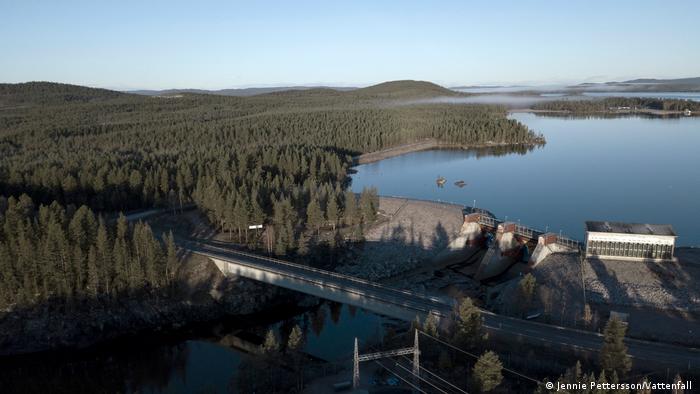 Choosing the right location for such a project is crucial. In Norrbotten province alone, Vattenfall operates 15 hydroelectric power plants. Some 100 kilometers to the south, a group of companies is building the Markbydgen windfarm, which is to become Europe's largest onshore windfarm.

Together, both sources of energy would be in a position to come up with 25 terawatt-hours of renewable energy, almost one-fifth of Sweden's current total energy generation.

But there is even more going for Lulea and Boden. "The region really is Sweden's mining and metalworking mecca," H2 supervisory board member Harald Mix said during the online presentation, adding that this also meant being able to draw on the big expertise of employees.