Everyone is talking about the dangers of man-made carbon. Yet getting businesses to get it out of the environment is a Herculean task. Still new CO2 mitigating production ideas may be around the corner for steelmakers. 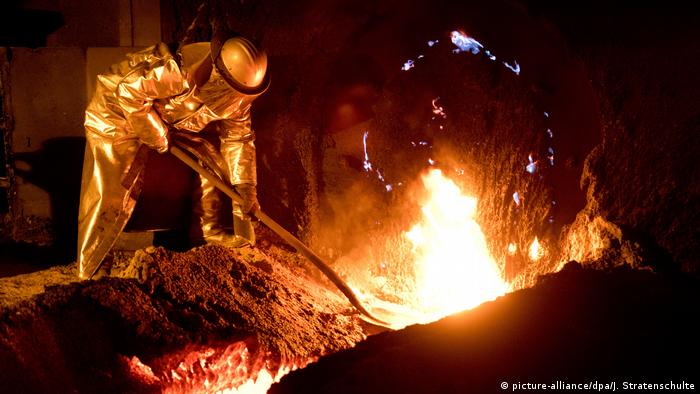 "The technology is there. What's not there are the conditions in order to operate it economically," says Volker Hille, head of corporate technology at German steelmaker Salzgitter.

Like the other big industry players, ArcelorMittal and ThyssenKrupp, the company is looking into new technologies that prevent enormous carbon dioxide emissions during the production of steel.

Currently to make steel, coal is used almost exclusively to remove oxygen from iron ore. But that's exactly what creates a gigantic amount of CO2 at the end of the process chain.

Hydrogen instead of carbon

When processing metal it has long been known that the role of carbon in steelmaking can also be taken over by hydrogen. Then, at the end of the process chain, there will no longer be CO2, but rather harmless water, H2O. This is the path Salzgitter is following.

"We are focused on getting rid of carbon from our processes and thus directly avoiding CO2," says Volker Hille. "This sets us apart from other approaches." 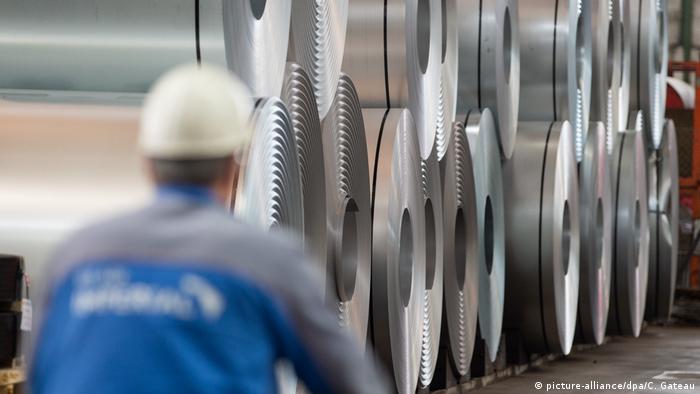 An employee rides past steel coils at Salzgitter

The model favored by Salzgitter is about a novel combination of technology that already exists in principal. The only real addition that needs to come into play is natural gas.

There are a few regions of the world where natural gas is cheaper than coal. "Natural gas is essentially methane (CH4) with hydrogen bound to it," explains Hille. "If you look at the chemical reactions we need — with natural gas, half of the job is done by hydrogen."

Corresponding industrial sized plants are already operating in North Africa, in the Middle East, also on the Gulf of Mexico and in the shale gas belt of the USA. "These plants, which run on natural gas, are also able to use hydrogen with our technology," and work with any mixing ratio of natural gas.

Natural gas as a bridge

Just by switching to gas, large quantities of CO2 could be avoided in Germany. The emissions savings potential would be over 60% compared to today by operating modified smelting plants exclusively with natural gas. By using a combination of half natural gas and half hydrogen, the reduction would be around 80%. By relying exclusively on hydrogen, CO2 emissions could be cut 95%. 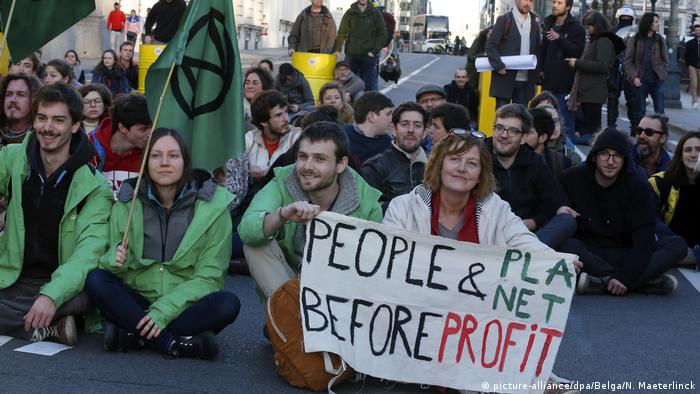 But switching to environmentally friendly steel production will be expensive. And the economic hurdles are higher than the technical ones. The costs of natural gas, hydrogen and the climate friendly energy needed are much too high compared to today's coal. From a business point of view, investments in new plant technology on an industrial scale would only be justified if they could continue to produce steel competitively.

Time is short. In the Paris climate agreement, the international community agreed that the rise in average global temperatures will be kept below 2 degrees Celsius above preindustrial levels. At the same time, efforts should be made to limit the temperature increase to 1.5 degrees Celsius above the preindustrial level, says Niklas Schinerl, energy expert at the environmental organization Greenpeace, when asked about the desired climate targets.

Assuming that the target is a 1.5-degrees Celsius temperature increase, you end up with the need to produce carbon neutrally by 2035. Climate neutrality in the year 2050, as the steel company ThyssenKrupp is striving for, is based on a 2-degree increase and not on the Paris climate accord.

"It is currently being observed how tipping points are already being reached in some places, which are threatening to massively accelerate climate change," emphasizes Schinerl, pointing to time pressure that he sees as even more acute. 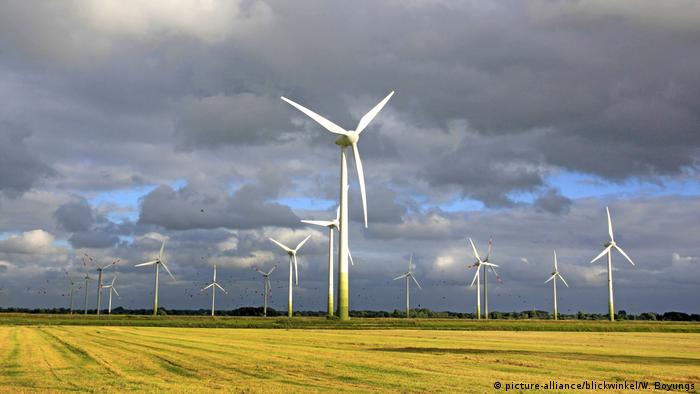 Steelmaking requires enormous amounts of energy. One way to make it greener is though wind power

Steel expert Volker Hille sees another problem in the increasing energy demand of using climate friendly technologies. And it is a problem that has hardly been considered by the general public since the expansion of renewable energies is focused on the current size of the electricity market.

"If the chemical industry, the steel industry, the cement industry — the really energy intensive industries — are concerned with decarburization," then they have to understand that it will require "the use of significant amounts of electrical energy," says Hille.

"If you were to decarbonize the European steel industry our way, which in the end would mean 95% less CO2 emissions, then you would need an additional 400 terawatt hours of electrical energy per year. As a comparison, Germany now generates just about 600 terawatt hours in total. These numbers give a sense of what we face in the future."

For the best part of a year, German manufacturing data has been weak. Trade issues have played their part in afflicting this vital sector, but there are wider questions that affect the entire economy. (09.07.2019)

Some 500 students symbolically blocked exits as legislators wrapped up their final legislative session before the summer recess. Last week, 40,000 protested against coal in the western city of Aachen. (28.06.2019)

Huge areas of tropical rainforest are being destroyed to make charcoal for barbecues. The global deforestation is leading to growing problems. Nigeria and the DRC Congo are also affected. (04.07.2019)

Will Sweden lead the way in hydrogen-powered steelmaking? 20.04.2021

Boasting a sea port, an ore mine and lots of renewable energy, northern Sweden is an ideal location for producing hydrogen-powered steel. But there's no lack of challenges to tackle.