Will Malala's influence stretch to Europe?

Malala Yousafzai may be the most famous teenager in the world. Just out of hospital three months after a brutal attempt on her life, the young Pakistani girl could become a role model for girls around the world. 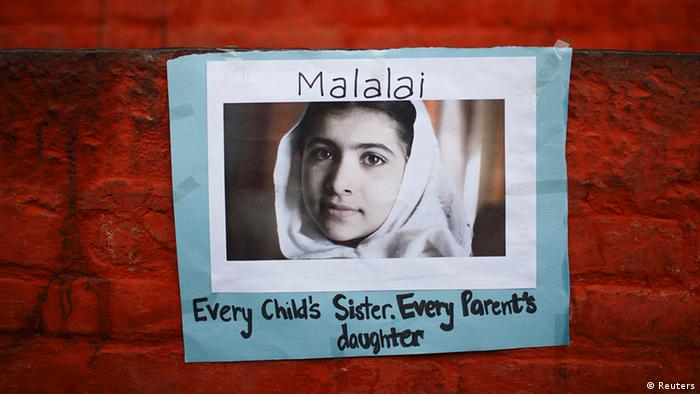 Malala Yousafzai was 11 when she first ruffled feathers in Pakistan with an address to a national press club she titled, "How Dare the Taliban Take Away My Basic Right to an Education." Not long after, the BBC's Urdu service asked her to keep a diary using a pseudonym.

But her notoriety and her activism for the sake of every Pakistani girl's education nearly cost Malala her life. Today she lives, temporarily at least, in Birmingham, England, close to the Queen Elizabeth Hospital, where specialists and caregivers are helping her recover from a Taliban bullet.

She has far to go on her recovery but her influence has already been felt in the UK and all around the world thanks to extensive domestic and international media coverage.

The Taliban and Malala

Malala's differences with the Taliban over the rights of girls became clear soon after the Taliban swept into her beloved Swat Valley near the border with Afghanistan. A Taliban spokesman reportedly called her activism an "obscenity" and a "symbol of Western culture...she was openly propagating." 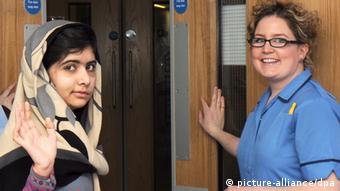 Malala Yousafzai upon her release from the hospital on January 4, 2013

So on October 9, 2012, the Taliban called upon one of its assassins to step onto a busload of terrified schoolchildren and shoot Malala in the head. "Let this be a lesson," a Taliban spokesman said.

Pakistani doctors were able to remove the bullet from Malala's head and saved her life. They then sent her to the hospital in Birmingham where British soldiers are often sent for recovery from catastrophic head wounds.

Malala was released from the hospital earlier this month to her family - her mother, father and two young brothers, all now staying in Birmingham - but only for a couple of weeks because she's due back soon for cranial reconstruction surgery, hospital doctors said.

A role model beyond Pakistan?

Malala Yousafzai's recovery and stay in the UK means she may well become an influential figure beyond her Pakistani roots. Not coincidentally, Malala's father, Ziauddin Yousafzai, an educator and education advocate himself, was last month given a diplomatic post by the Pakistani government at its Birmingham consulate. That will allow Malala and her family to remain in the UK for three to five years.

Maryam Duale, the former head of Young Muslims UK, already envisions Malala speaking at UK schools, mosques and community centers. "She is a source of hope," said Ms. Duale, who sees a potential impact on girls like her very own 13-year-old sister.

"She absolutely hates reading. I can believe [Malala] would be a massive inspiration for them and help them understand there are some people in the world who have to literally give their lives for education," Ms. Duale added.

Najhabur Haq, a first-year economics student at Queen Mary University, believes the most conservative Muslim families may see Malala as a threat but also, perhaps, as an inspiration. "Islam actually says everyone should get the education they want," Ms. Haq said. "She can be a great role model for girls." 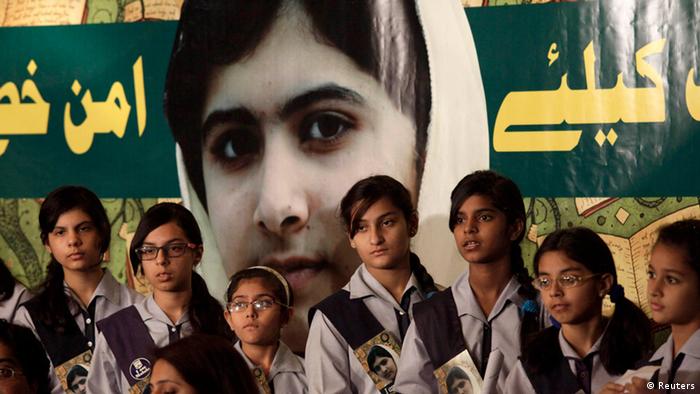 Since the Taliban attack, Malala has become a role model for human rights activists

Maleiha Malik, a professor at London's King's College, too, thinks Malala will have influence on girls. But Malik thinks more broadly including consideration for the men who head up male-dominated Muslim families.

"We have to think strategically about how we shift the behavior and the social attitudes of men within these families," Malik said.

On that count, Malala may have help from her father, Ziauddin Youfsafzai. His potentially behavior-shifting role, not only for the Pakistan government, but as a special envoy for the United Nations on global education, could carry weight from Birmingham throughout Europe and back to his - and Malala's - home country.

Pending Malala's recovery, Ziauddin Youfsafzai expects to keep his family in the UK for at least three years before a likely return to Pakistan, he has said, so he and Malala can help to further the educational opportunities for every young person, no matter their gender.

Pakistan has declared education for girls as a way to subdue Taliban extremists who wounded a young campaigner last month. A petition honoring Malala Yousafzai has been delivered to Islamabad by UN envoy Gordon Brown. (10.11.2012)