Will Germany spend big on an Israeli missile defense shield? | Germany | News and in-depth reporting from Berlin and beyond | DW | 29.03.2022

Will Germany spend big on an Israeli missile defense shield?

Germany wants a robust missile defense to deter Russia. Advocates point to Israel's success with Arrow 3 or Iron Dome systems. Critics say they would not work to deter a Russian attack. 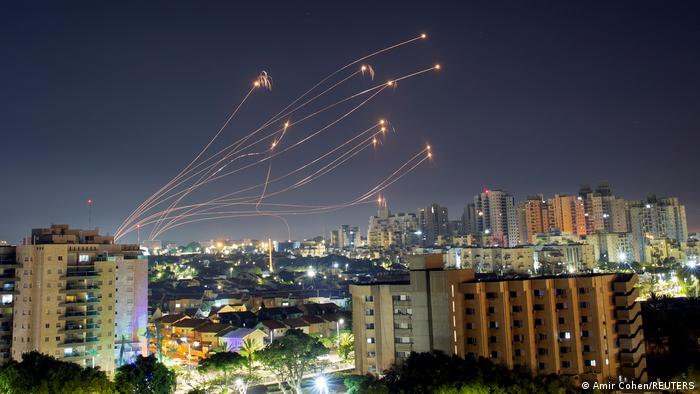 Israel's successful shootdown of thousands of Hamas rockets during a brief, but intense exchange of violence last year heightened the allure of missile defense.

With Russian missiles now falling on NATO's doorstep in Ukraine, German officials are weighing whether it's time to adopt a similar model, according to a report in mass-circulation Bild on Sunday.

"I can tell you it's definitely among the things we are discussing, and for good reason," he told ARD, a public broadcaster, on Sunday. "We have to be prepared for everything, seeing that we have a neighbor that is prepared to use violence to carry out its interests."

The German government has been tight-lipped since, saying only that missile defense is part of preliminary discussions about what it might acquire with a forthcoming €100 billion ($110 billion) in additional military spending. Scholz announced the top-up at the end of February, in response to Russia's invasion of Ukraine.

German defense officials are expected to get a briefing from Israeli counterparts on their options. The news has received broad support from across party lines.

"This is a noteworthy strategic answer to the threat that we see from Russia towards our own country," Friedrich Merz, the chair of the opposition center-right Christian Democrat party (CDU), told reporters on Monday.

While a direct Russian attack on Germany or NATO allies is still seen as unlikely, defense officials view an upgrade in military hardware as a necessary deterrent to Russian aggression and a signal of support to nervous neighbors on Russia's border.

Missile defense, along with Germany's earlier announcement of plans to purchase the US-made F-35, a nuclear-capable stealth attack aircraft, is part of a credible deterrent, said Marie-Agnes Strack-Zimmermann, the defense committee chair in the Bundestag, the German parliament.

"It's good to have an open discussion about this, and even better to implement quickly," she said.

An overhaul of the German military is likely to take years. 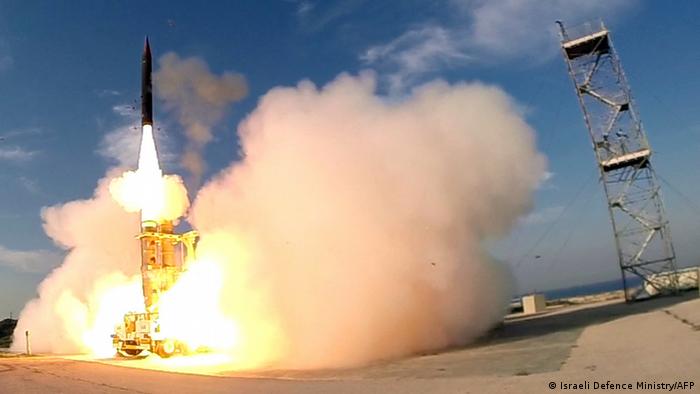 Germany is considering a system like the Arrow 3, designed by Israel to ward off medium range missile attacks from Iran

The absence of further details has left the door open to confusion. German media reports and some politicians have thrown around the term Iron Dome as a catchall for missile defense. However, Israel's Iron Dome is a specific system that was designed with one purpose in mind: to intercept rudimentary and short-range rockets fired by Hamas or other Islamist groups right on the country's borders.

"An Iron Dome like in Israel, which protects against short-range rockets across a limited area, makes absolutely no sense for Germany," Steffi Christ, a spokesperson for the CDU lawmaker, Roderich Kiesewetter, told DW in a statement.

She was clarifying remarks Kiesewetter, a former German army officer, gave to German media criticizing the purchase of missile defense systems. Germany already has the US-made Patriot, an older system with proven success against short-range projectiles that stay within Earth's atmosphere. Israel used these before Iron Dome existed, such as against Iraq's Scud missile attacks during the first Gulf War in 1991. They can also target aircraft.

Germany's more likely focus is another Israeli system, the Arrow, now in its third generation and with a fourth in development. The Arrow, designed with Iran in mind, is meant to take down more advanced aerial weaponry, which fly at higher altitudes over greater distances, and can carry both conventional and nuclear warheads.

Insufficient at countering intercontinental ballistic missiles (ICBMs) that can span the globe, Andreas Flocken, a security analyst, told public broadcaster NDR, that the Arrow is designed for medium-range weapons with a range of 1,500 kilometers (932 miles). Russia has such missiles stationed in Kaliningrad, he said, Russian territory separated from Russia by Poland and Lithuania, less than 700 kilometers from Berlin. 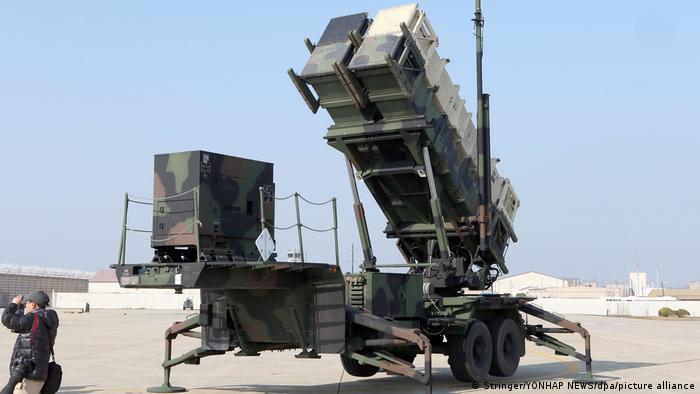 Germany has 12 Patriot systems, but some have been moved to Poland in the current crisis

While lawmakers have expressed support for a system like the Arrow 3, it comes with the caveat that any upgrade to German air defense extends to its European neighbors. Chancellor Scholz has joined the chorus of NATO leaders repeating the line of common defense, which is enshrined in the western alliance's founding treaty. German-based radar could detect missile launches aimed at allies, but defense experts say those countries would need their own anti-missile batteries to actually shoot them down.

They also note that there is no existing reliable defense against hypersonic weapons, due to their speed and maneuverability. President Vladimir Putin has liked to talk up his country's hypersonic capabilities, and US officials have confirmed such missiles have been used in Ukraine, but opinion is mixed about just how potent Putin's hypersonic program is.

Missile defense is a holy grail for weapons developers, given how tricky it is to successfully detect and intercept the gamut of threats. An attack would likely involve a salvo of launches and decoys aimed at overwhelming any defense. Anything less than a 100% kill rate could still lead to devastating consequences, especially with the prospect of nuclear weapons.

The experience of Ronald Reagan's Strategic Defense Initiative, which in the 1980s poured billions of dollars into an unsuccessful program involving lasers and space assets, was an argument among security policymakers in favor of arms control treaties over weapons systems as the best defense against such attacks.

Since the Cold War, these have mostly expired or collapsed, leaving both the United States and Russia largely free to develop and deploy both conventional and unconventional weapons and their delivery systems. Countries with similar capabilities are not included in the treaties. Russia has often said that missile defense undermines the balance of power and risks an arms race.

"You could view a purely defensive system, such as missile defense that we so far have in only limited ways with the Patriot, as an aspect of rearmament," Scholz's spokesperson, Steffen Hebestreit, said on Monday. "But I don't think this is militarization or rearmament in the classic sense."

The Arrow 3, or a similar system, could be operational by 2025 and cost €2 billion ($2.2 billion), according to the Bild report. Defense analysts say that is a low-ball estimate. A battery has a price tag of $170 million, with each interceptor costing around $3 million, according to the Missile Defense Advocacy Alliance, a US-based lobby group. Training, maintenance, and operational costs come on top over the course of the system's lifespan.

Germany would need a far more extensive network of radar and batteries than Israel, which is a third the size of the German state of Bavaria. Any discussion of improved missile defense comes amid a wider debate over how to wisely spend the significant increase in defense spending that the German government has planned.

After years of under-investment, German officials see a wide spectrum of needs both for the military and civil protection.

US sanctions Turkey over purchase of Russian air defense system

The US Trump administration has imposed sanctions on its NATO ally Turkey for acquiring the Russian S-400 missile defense system. Washington has been at odds with Ankara over the purchase for more than a year.

Tokyo has canceled deployment of the $4 billion Aegis Ashore US missile defense system approved in 2017. The government could not confirm that residential areas would not be affected by missile interceptors.