Tokyo has canceled deployment of the $4 billion Aegis Ashore US missile defense system approved in 2017. The government could not confirm that residential areas would not be affected by missile interceptors. 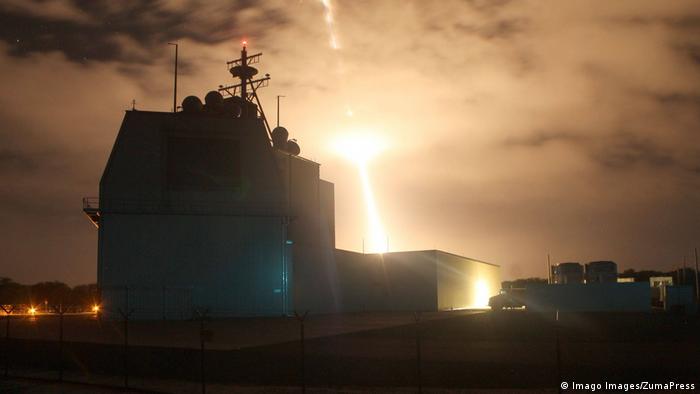 Japan will cancel the deployment of a multibillion-dollar US anti-missile system, the government confirmed on Thursday. Interceptors for the Aegis Ashore system were set to be placed in two regions under a controversial and expensive program.

"The National Security Council discussed this matter and reached a conclusion that the deployment of Aegis Ashore in Akita and Yamaguchi is to be rescinded," Defense Minister Taro Kono told a meeting of his party. "I want to deeply apologize that it has come to this."

The government made the decision after being put under increased pressure from local residents who were less than eager to see an anti-missile defense system built near their homes.

Instead, the council plans to revise Japan's basic defense plan and update its own missile defense program later this year.

The government had pledged that the interceptor missile gear would not land in residential areas, but last week announced that keeping this promise would involve an unexpected and costly upgrade of the equipment.

The Aegis Ashore system was approved in 2017 and was estimated to cost Japan $4.2 billion (€3.7 billion) over 30 years. There have been competing claims that this estimate may have fallen far short of the actual cost.

The deal was seen as an attempt by Tokyo to boost defense capabilities after North Korea launched missiles in the area — but may have also been a way to increase ties with Washington.

"There should not be a gap in our country's defenses," Prime Minister Shinzo Abe said last week, discussing alternatives to Aegis Ashore. "We want to hold discussions on the necessary measures."

Read more: Japan and China vie for influence in Indonesia

Is the Philippines' Duterte playing China against Japan?

Although Tokyo offered financial support to Manila, Japan is in no position to rival China financially. Duterte knows this and is using the Beijing-Tokyo rivalry to his own advantage. Julian Ryall reports from Tokyo. (31.10.2017)