Will Germans trade privacy for coronavirus protection? | Germany | News and in-depth reporting from Berlin and beyond | DW | 29.03.2020 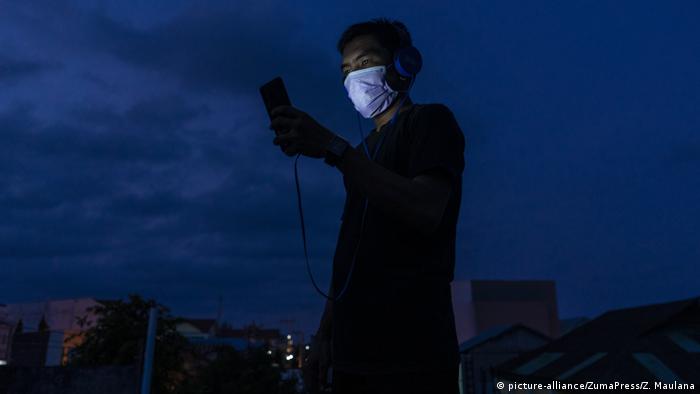 Should Germany concentrate more energy on digital surveillance in the fight against the new coronavirus? These days that issue is being hotly debated in Germany's parliament, the Bundestag, where the federal commissioner for data protection, Ulrich Kelber of the center-left Social Democratic Party (SPD), directly contradicted Health Minister Jens Spahn of Chancellor Angela Merkel's conservative Christian Democratic Union (CDU).

Speaking with the German weekly newspaper Die Zeit, Spahn pointed to South Korea, saying, "We have seen how South Korea, a democratic country, was able to fight the virus using cellphone data." He said that cellphone data helped authorities there to quickly track down people who had come into contact with infected individuals and thus pinpoint potential spreaders. Those affected were requested to enter quarantine. 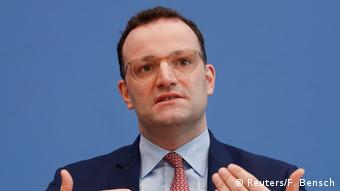 Spahn predicted that "anyone looking for a way to get away from all the personal limitations we are currently experiencing cannot help but arrive at the idea of tracing contacts — that is, cellphone tracking."

In an interview with DW, Christof Stein, a spokesman for data protection commissioner Kelber, spoke out in opposition to Spahn's view.

"We should not let fear blind us to the importance of data protection. If the names of all those infected were to be announced on the radio starting tomorrow, many people would find it disproportionate," Stein said.

On Monday, in light of the growing urgency of COVID-19, the diesease caused by the novel coronavirus, the German government passed an amendment to the country's existing law on protection against infection. It originally contained a clause allowing location tracking but was eventually removed in response to criticism from civil libertarians.

In Stein's view, the entire cellphone tracking debate is a distraction: "Cellphone tracking is impractical. Data is collected at cell towers that cover an area several hundred meters in radius. You can't tell if two people are standing next to one another or are blocks apart. Such measures simply won't work when it comes to fighting the virus." 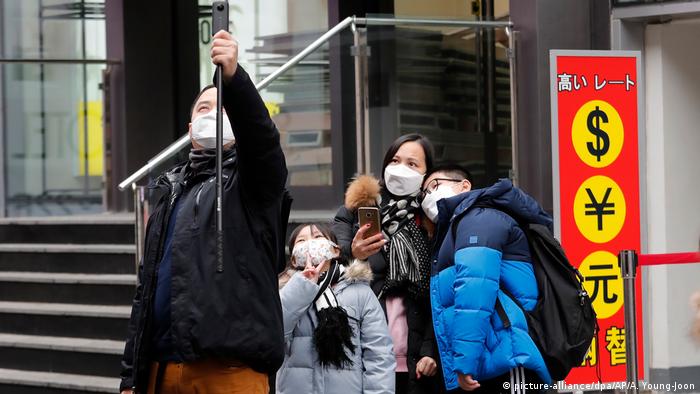 Technically, location is determined by triangulation, where data from mobile network providers is used to find out which cell tower connected with what phone number at what time.

Byung-Chul Han, a well-known German-Korean philosopher and theologian who taught at Berlin's UDK University of the Arts until 2017, finds the debate over data privacy in Germany odd. For him, it is an expression of the different mentalities behind Asian and European cultural traditions.

In an opinion piece recently published in the Spanish daily newspaper El Pais, Han was critical of the European response: "In Taiwan and South Korea, it isn't illegal to leave your home, and shops and restaurants remain open. 'Big Data' is far more effective at fighting the virus than the absurd border closures in Europe."

In Asia, it isn't just virologists and epidemiologists who fight health epidemics, according to Han; software specialists are part of the team, too. Citizens there are also far less critical when confronted with issues of personal data security, he says. Han says that has to do with Confucian and authoritarian traditions in Taiwan, Singapore, South Korea, Japan and China: "People tend to trust the state more. And they also see themselves as a collective; individualism is far less pronounced."

German Green Party politician Ralf Fücks, who was chairman of the party's affiliated Heinrich Böll Foundation until 2017, wants to make sure data privacy and health protection are not posed as an either/or choice.

"Big Data and artificial intelligence (AI) are playing a major role in interrupting the COVID-19 infection chain in China and South Korea," he tweeted. "Don't we want the same? Or are we incapable? Anyone who makes data protection and health protection mutually exclusive options is prolonging the crisis at a very high price."

There's an app for that

But despite the prevailing skepticism, a number of research institutes across Europe are working overtime to find a digital tool that could help stem the tide of the new coronavirus.

"In Germany, the Fraunhofer Heinrich Hertz Institute (HHI) is working on an app that will make it possible to anonymously store information on the proximity and duration of interpersonal contacts reaching back as far as two weeks on cellphones. The app does not use any location services (such as GPS)," says HHI Innovations Manager Monique M. Kuglitsch. She says the data will allow health officials to digitally reconstruct the infection chain.

Kuglitsch says the app can be used voluntarily and conforms to all German data protection laws. "We are confident that we'll be able to present a solution to the problem within the next few weeks," she says.

Opinion: Economy vs. human life is not a moral dilemma

As the coronavirus brings the global economy to a halt, some leaders are seriously suggesting that a few should die so the many can live. Such a suggestion is nothing less than moral bankruptcy, says Martin Gak. (27.03.2020)

A college student who's been tracking Elon Musk's plane is now also posting the movements of Russian oligarchs on Twitter. The thing is: Almost anyone can do it.